Goldman Sachs analyst argues that central banks should print even more money as one commentator slam “illegal” moves by the Federal Reserve.

Bitcoin (BTC) and gold are fast becoming the safe-haven assets of choice as new data predicts that advanced economies will shrink 35% in Q2.

According to annualized figures from Goldman Sachs quoted by Bloomberg on April 14, the second quarter of 2020 will see the biggest three-month economic retraction in history.

The scale of shrinkage will outpace the 2008 Global Financial Crisis, which previously held the record for the timeframe.

“The response in Europe needs to be scaled up, via greater (and ideally centrally funded) ﬁscal easing and a more unconditional ‘whatever it takes’ commitment to the integrity of the euro area,” he wrote.

“Emerging economies will need a lot more help from the rich world.”

That perspective jars with that offered by pro-Bitcoin figures. Unlimited quantitative easing is fuelling unemployment and deflation, Max Keiser argued in the latest edition of his Keiser Report TV show on Tuesday.

For Keiser, the net result of fighting coronavirus economic turmoil with money printing is a new form of inequality. Dubbed “neo-feudalism,” it will create an uber-rich class and a peasant class, he warned.

Meanwhile, despite facing its own teething problems as a result of coronavirus panic, gold is seeing conspicuous success. 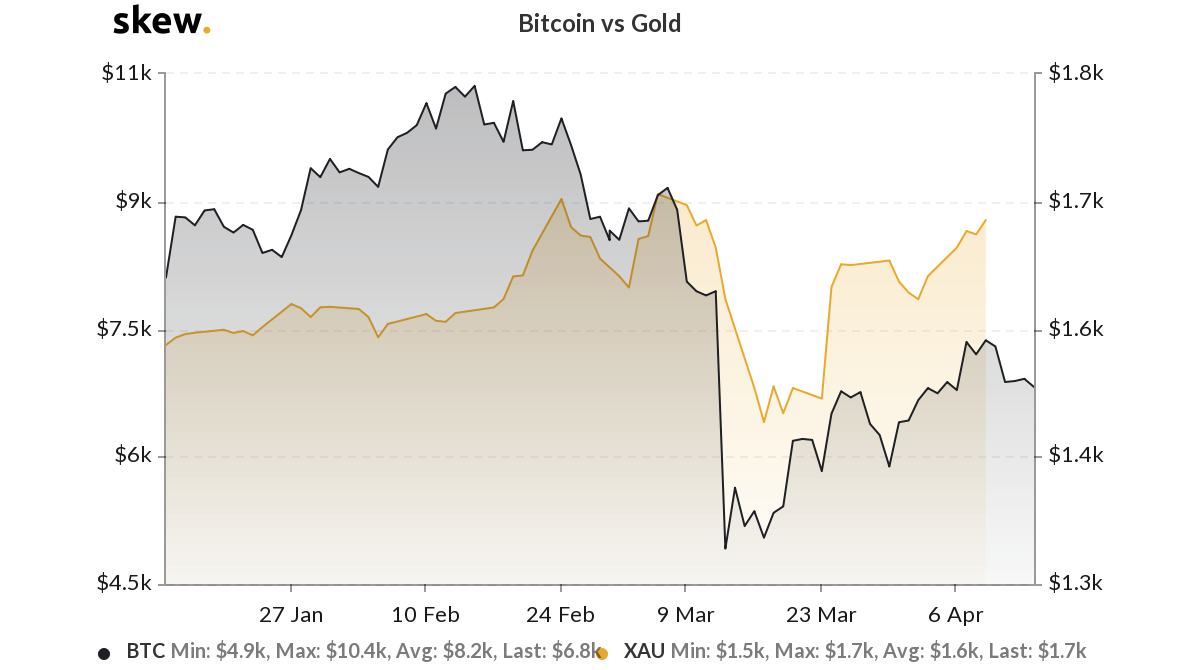 At the same time, Bitcoin reversed brief losses in response to a stock market futures dip on Monday, aiming to reclaim $7,000.