Big banking money is due to cascade into Bitcoin from next year, forecasts suggest. 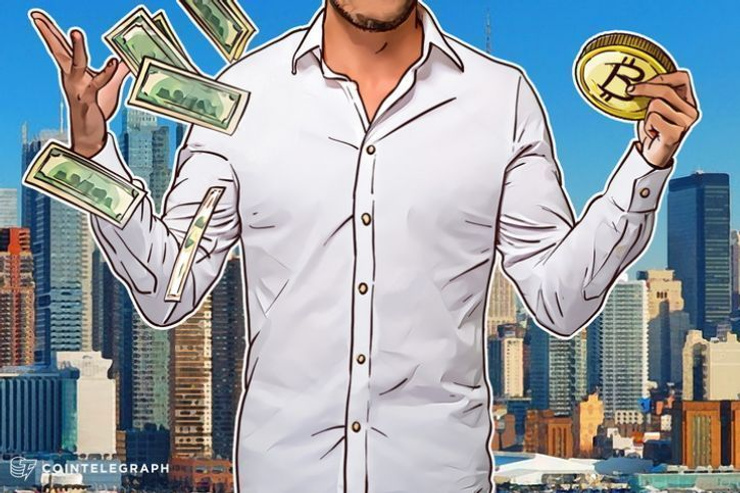 Ritholtz Wealth Management CEO Josh Brown has said the “stampede is coming” for Bitcoin from banks - as soon as next year.

In a piece on Reformed Broker, Brown, who is a legacy finance figure openly supportive of cryptocurrency, said Goldman Sachs is rumored to be the major institution to take Bitcoin mainstream with Wall Street.

“I mentioned a few weeks back that you can practically smell it in the air – the big money is coming into this space. I can’t imagine how that doesn’t blow the price up into the stratosphere,” he wrote.

“The big rumor going around last night is that Goldman Sachs is going to launch market-making in crypto currency for their clients in the third quarter of 2018. I don’t know if that’s true or not, but multiple people who don’t know each other are saying it.”

As Wall Street members celebrated the 30-year anniversary of the 1987 Black Monday crash yesterday, Bitcoin is still treated with suspicion.

2017 has been awash with big names from legacy finance bashing cryptocurrency, with JPMorgan CEO Jamie Dimon causing especially large waves with his description of Bitcoin as a “fraud.”

Brown calls out Dimon, who has since said he would “not talk about Bitcoin anymore,” given his bank’s broad experiments with Blockchain technology.

Goldman, meanwhile, has taken a markedly more open approach to disruptive assets. CEO Lloyd Blankfein tweeted last month that he was “still thinking” about Bitcoin but was not ready to cast it off.

“...Folks also were skeptical when paper money displaced gold,” he added in a post which achieved considerable media propagation.