Grayscale’s Bitcoin Trust currently holds $4.3B assets under management, but this growth may be due to ‘in kind’ purchases.

8667 Total views
44 Total shares
Listen to article
0:00
News
Own this piece of history

Crypto fund manager Grayscale Investments has managed to increase its assets under management by another $1 billion in less than two weeks.

According to an update posted to Grayscale’s Twitter account on July 28, the investment firm currently has $5.1 billion in assets under management (AUM). The funds are mostly held in Grayscale’s trusts for Bitcoin (BTC) and Ethereum (ETH), along with the firm’s digital large cap fund. There are smaller allocations in Bitcoin Cash (BCH), Ethereum Classic (ETC), Horizen (ZEN), Litecoin (LTC), Stellar Lumens (XLM), XRP, and Zcash (ZEC) 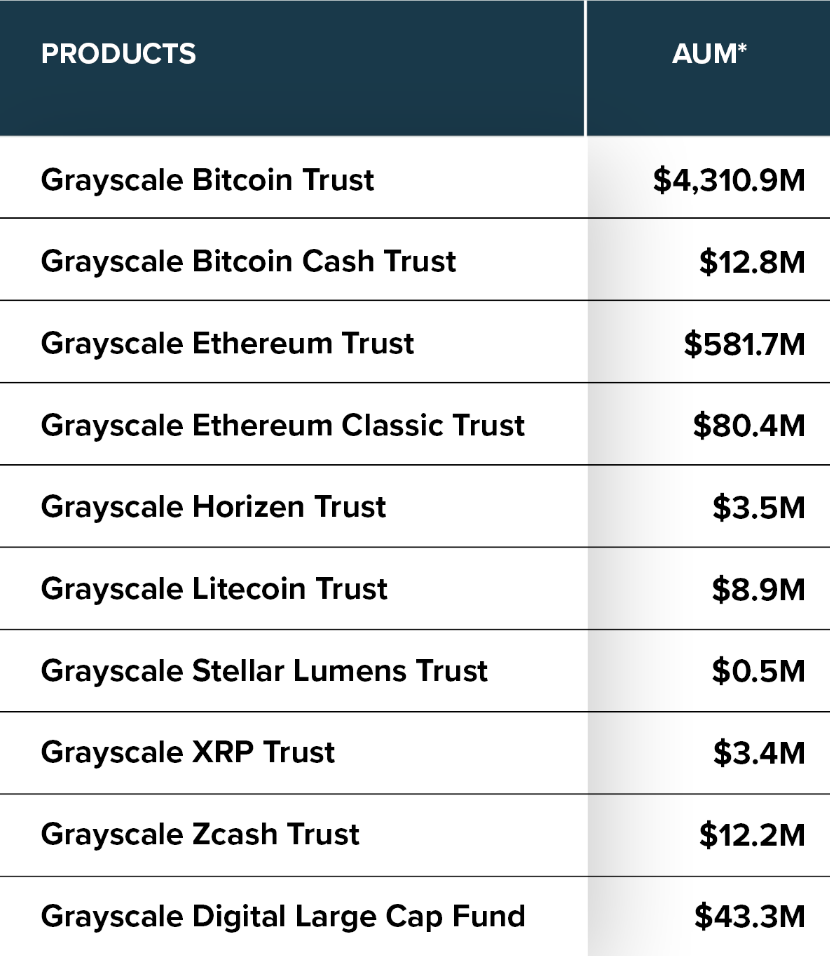 No Bitcoin purchases in six weeks

Though the investment firm currently has $4.3 billion in AUM for Bitcoin, filings with the U.S. Securities and Exchange Commission show Grayscale has not purchased any of the cryptocurrency since June 19. On that day, Grayscale bought 19,879 BTC, which at the time appeared to indicate the firm was purchasing Bitcoin faster than miners could produce blocks.

However, according to Grayscale’s report from Q3 2019, 80% of inflows that quarter to the firm’s BTC trust came from Bitcoin already in circulation — not from tokens recently mined. The firm refers to these purchases as “in kind” exchanges.

Ryan Watkins of crypto analytics firm Messari said in June this meant that Grayscale was more likely buying just 31% of new BTC mined since the May 11 rewards halving. According to Watkins, no new crypto was going into the firm’s Ethereum trust at all.

Some trusts listed on OTC markets

Cointelegraph reported on July 17 that the Financial Industry Regulatory Authority in the U.S. had verified shares of Grayscale’s Bitcoin Cash Trust and Litecoin Trust were ready to begin being quoted in OTC markets. The two stocks will soon be available for public trading under the symbols BCHG and LTCN.