Hodler’s Digest, May 28-June 3: South Korea Get Back Into Crypto, China Embraces Blockchain

This week closes with both sensational headlines — a crypto-backed fiat currency launched by John McAfee — and wins for adoption — South Korea re-thinking their ICO ban.

South Korea — which has given the crypto community more than its share of FUD since it began banning ICOs and anonymous trading months earlier — is now considering re-legalizing Initial Coin Offerings in the country. The change of heart reportedly comes as the National Assembly seeks to enhance the legal “basis” of cryptocurrency.

A Chinese Internet security company found “epic” vulnerabilities in EOS’s blockchain this week that they say could affect a variety of other blockchain platforms. EOS, after asking the company not to publicize the news (to no avail), reportedly then patched the bug the same day.

The eccentric businessman behind McAfee Anti-Virus software tweeted this week that the rumors are true, he will be launching his own “McAfee Coin,” which is both convertible to crypto and redeemable for up to 100 minutes of facetime with McAfee himself. The catch? You must first fly to a certain address in Mexico, only there to be told the date, time, and place for the meeting.

President of China, Xi Jinping, spoke of blockchain technology as an example of a “new generation” of “breakthrough” technology during a speech at the Chinese Academy of Sciences. According to the president, we are now in an “unprecedented period of intensive activity” in terms of scientific and technological innovation.

Cryptocurrency exchange Binance, which is currently leading globally by trade volume, is creating a $1 bln cryptocurrency-based fund using Binance’s BNB tokens as an investment vehicle. The fund, which will be managed through Binance’s incubator spin-off, Binance Labs, is seeking 20 partners that each have at least $100 mln under asset management.

“My followers are are hugely loyal and I feel certain that many will go through time and huge expense for the opportunity to spend private time with me,” — John McAfee on his new crypto-backed fiat currency

“The first stage of treatment is to join other addicts in group therapy and share their life stories. This helps them identify with each other and realise that they're not alone,” — Tony Marini, former gambling and cocaine addict, on cryptocurrency addiction

In order to “avoid missing the ship” on cryptocurrency, the government of Quebec is reportedly set to lift its temporary embargo on selling energy to cryptocurrency miners. Even if the moratorium is lifted, the government will retain the ability to cut power to miners whenever the power grid is at maximum capacity.

A draft legislation that would allow for a review of crypto and blockchain regulation, including a testing introduction of the technology to the Spanish market through a sandbox, has received unanimous support from all parties present at the Spanish Congress this week. The Congress has agreed to promote blockchain tech as a cost-efficient solution and espouse the need for supporting fintech startups.

South Africa’s Sygnia Asset Management will be launching their own cryptocurrency exchange, dubbed “SygniaCoin,” this year. The CEO of the firm — which manages $14.5 bln--noted that the exchange will focus on security and regulatory compliance.

Swissport will be testing a blockchain pilot program for cargo handling with Olam, a non-profit developing an open source platform for supply chain partners.

The Telecom Regulatory Authority of India (Trai) will be using blockchain technology to prevent some of the unwanted 30 bln commercial messages sent from telemarketers every month. According to Trai, blockchain will track the “pesky” tele scammers that use unregistered numbers to evade blocks.

Chen Weixing, who founded the ride hailing service Kuaidi Dache, will be launching a blockchain-based ride hailing app with the co-founder of group-buying website Meitan. Chen plans to create a blockchain platform that will offer lifestyle services beyond ride hailing, such as deliveries.

BitTrade, a government-licensed crypto exchange, has been acquired for around $50 mln by a multi-millionaire entrepreneur from Singapore, Eric Cheng. Cheng is also acquiring forex trading platform FX Trade Financial Co., Ltd., BitTrade’s affiliate company. This investment is the first time that foreign investor holds a 100 percent stake in a government-licensed trading platform in Japan.

PwC Australia, the Port of Brisbane, and the Australian Chamber of Commerce and Industry are collaborating on a blockchain-based supply chain management proof of concept that will connect commercial operators across a supply chain for international trades.

Blockchain consortium R3 has received a $5 mln investment from CLS, a provider of foreign exchange settlement and processing, as the third part of their fundraising. CLS will get a seat on R3’s Board of Directors. 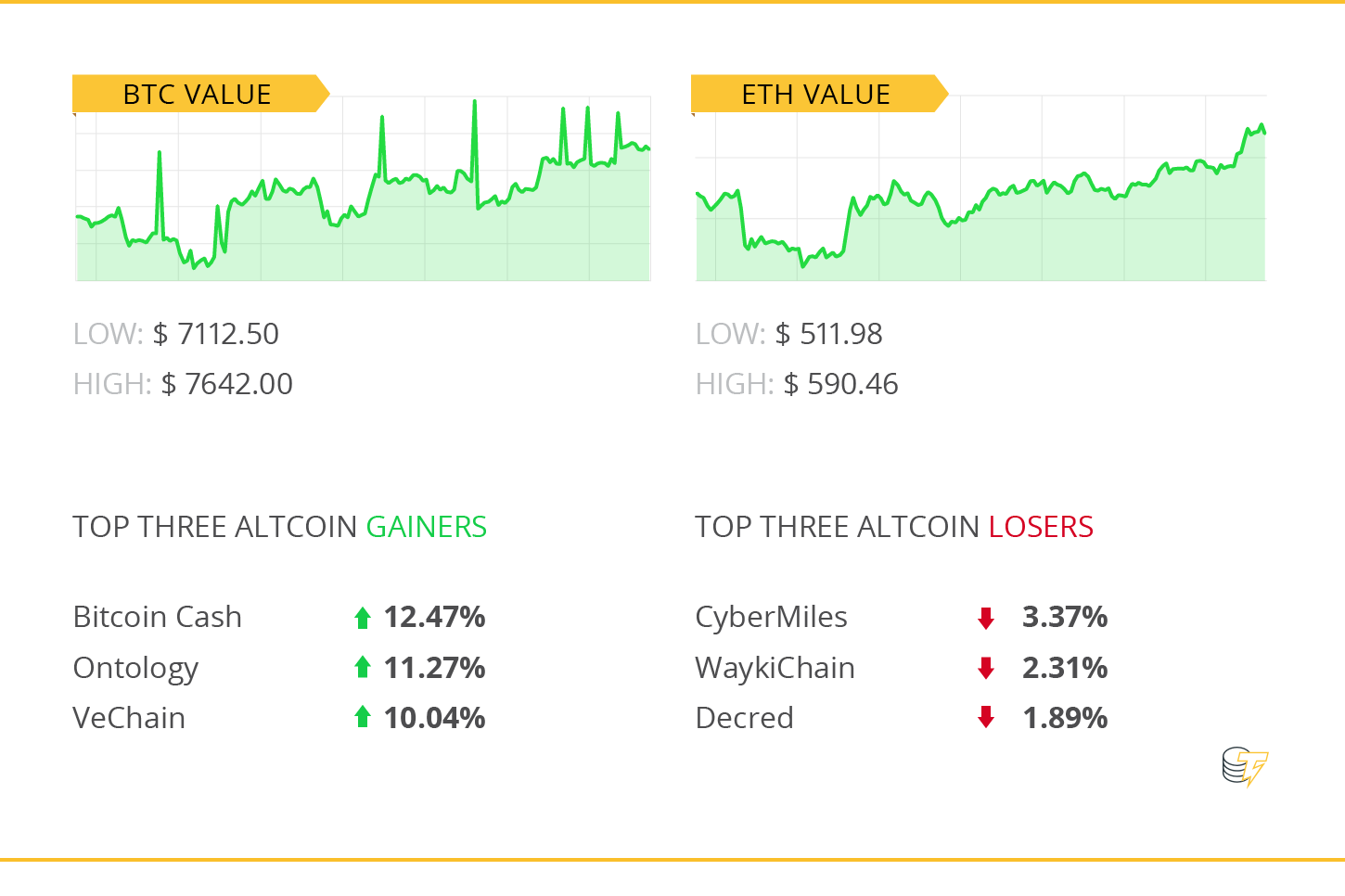 The US Securities and Exchange Commission has obtained a court order to halt the activities of an ICO that has already raised $21 mln, citing that the company defrauded investors by falsely claiming to have relationships with the Federal Reserve, Boeing, Verizon, PayPal, and Walt Disney.

Due to an inability to work with banks in Poland, BitBay has ended its Polish operations and moved to the country of Malta. BitBay has stated that the last Polish bank that was providing services to the exchange ended their business with them at the end of May.

A clinic in Scotland will now be treating cryptocurrency addicts in a residential treatment program, with therapy similar to that used for gambling addiction rather than substance abuse. According to experts, crypto traders obsessively watching the market’s volatile price fluctuations may be exhibiting behavioral addiction symptoms.

Wikipedia co-founder Jimmy Wales said that cryptocurrency is “absolutely, definitely in a bubble” during this week’s Blockshow Europe 2018. According to Wales, this crypto bubble will eventually pop, but things “might get even more intense first.”

Ethereum Sees Drop, Some Blame EOS For Suspected Sell Off

Ethereum’s price drop this week has been attributed by some to an unconfirmed sell off of around $400 mln by EOS. The proof? EOS had sold $1 mln of ETH last week but $1.4 mln this week, and crypto exchange Bitfinex suddenly showed more than twice as much ETH market trading than other exchanges.

Crypto exchange Bithumb will no longer offer its services to citizens from states in the Non-Cooperative Countries and Territories initiative as part of its new AML practices. Any new account applications will be refused starting this Monday, and any extant accounts will be closed by June 21.

Spencer Bogart, reportedly the first Wall Street analyst to cover Bitcoin and blockchain, said in an interview this week that Bitcoin will exceed $10,000 by the end of the year despite the recent market slump. Bogart was less bullish on altcoins, calling many “over-promising and under-delivering.”

In the World of Cryptocurrency, Even Good Projects Can Go Bad

Find out more about how the founders of crypto startup Envion--which allegedly raised $100 mln in their ICO--are falling apart and accusing each other of fraud without a product in sight.

Crypto enthusiast Daniel Jeffries on why markets are not rational, trading is gambling, and anyone that thinks otherwise is plain wrong.