Crypto fundraising might be a great tool to fight corrupt regimes, but what happens when freedom fighters seize power?

The ongoing controversy surrounding Malaysia’s proposed political cryptocurrency, Harapan Coin, is far from letting up. On Nov. 26, the country’s finance minister, Lim Guan Eng, weighed in on the issue by reiterating that any entity looking to issue a cryptocurrency should first refer to Bank Negara Malaysia (BNM) and the Securities Commission:

“Don’t do it without Bank Negara’s guidelines or directive on the matter to avoid doing something wrong and against the law.”

During the same press conference, Lim Guan Eng also said that he had asked a government official — who has recently made a series of statements in support of the project — to tone down the promotional campaign until the financial authorities comes up with a coherent regulatory framework. The turbulence around the proposed asset, which is touted by its creators as “the world's first political fundraising platform,” has been heightening throughout the last few weeks, as many of Malaysia’s prominent political actors voiced their doubts and concerns with regard to the project. Meanwhile, many aspects of Harapan Coin’s provenance and functionality remain opaque to the public.

Since the proclamation of Malaya's independence in 1957 and until May 2018, a single political power — a coalition called Barisan Nasional (BN) — has been at the helm of the country’s government. Its three major member organizations represent Malaysia’s dominant ethnic groups: UMNO (United Malays National Organisation) is a party of the Malay majority, while Malaysian Indian Congress (MIC) and Malaysian Chinese Association (MCA) are the political bodies of the country’s Indian and Chinese communities, respectively.

The last decade saw BN’s political dominance erode, due in no small way to a series of devastating financial and political scandals that shook the highest tiers of the government.

Perhaps the most notorious of those is the still ongoing 1Malaysia Development Berhad (1MDB) scandal. In 2015, it was revealed that, as a result of a large-scale, multi-year embezzlement scheme, hundreds of millions of dollars have been siphoned off from the state-owned investment fund 1MBD into bank accounts associated with Prime Minister Najib Razak of Barisan Nasional.

Egregious as it is, this embarrassing episode of high-ranking officials abusing public funds is anything but unusual for Malaysia’s recent history. Before 1MDB, there was the Bank Negara Malaysia (BNM) forex scandal, in which the lack of oversight over the central bank’s adventurous trading activities resulted in the nation’s loss of billions of dollars.

Before the BNM forex wreck, there was the Bumiputera Malaysia Finance (BMF) flop, which involved a Hong Kong subsidiary of a Malaysian state-owned bank generously handing out impressive amounts of money in bad credits to Hong Kong-based property speculators. Long story short, there appears to be pattern indicating a persistent problem with the way Malaysian officials handle public funds — a problem big enough for blockchain-minded people to start thinking of a solution.

Taking on the unjust power of ill-gotten money in Malaysian politics has become the central idea behind the new Harapan Coin (literally, “Hope Coin”), conceived sometime in early 2017. Setting their sights on the 14th Malaysian General Election, scheduled for May 2018, the coin’s creators proclaimed it “The World’s First Crypto-Politic ICO” and marketed it as a means of funding the united opposition to Barisan Nasional.

The manifesto — found on the coin’s website — presented the group behind the project as “patriotic and concerned Malaysian citizens, within and outside of Malaysia.” Several personal accounts by backers from outside of the country featured stories of them not being able to contribute to previous campaigns due to the obstacles created by the allegedly BN-controlled Malaysian financial authorities.

The identities of the people working on Harapan Coin have been concealed all along, citing “the Draconian laws of limiting and non-respecting [sic] individual rights to freedom of expression of the current BN government,” the website contains only their first names, blurred pictures and locations in countries outside Malaysia.

The project’s website offers a mix of inspirational language, suggesting its role in advancing a much-needed political change — “a beacon of hope to supporters seeking a better future” — with some more pragmatic and profit-minded considerations — “Coin[s] collected are expected to rise in price. […] Buy into a new change, invest in a new era of democracy.” The website also explicitly stated that the coin had the “potential to become an official currency if Harapan wins [the] election.”

May 9, 2018, marked the first regime change in Malaysian history: Following the general election, the Pakatan Harapan (PH) coalition managed to secure 121 out of 222 seats in the Dewan Rakyat — the lower house of the nation’s parliament — keeping Barisan Nasional down to just 79 seats. It is unclear how much of this triumph was due to successful crypto fundraising.

Harapan Coin’s roadmap stated the ambitious goal of collecting $257 million in two rounds of an ICO before the election. While some reports suggest that coin sellers claim to have raised as much as $123 million in the presale and first round, this information is nowhere to be found in the project’s public-facing communications. The only figure available on the website as of late November appears to indicate that the amount of funds raised so far barely exceeds $800.

Harapan Coin was designed to provide the infrastructure to financially support the united opposition to BN in the May 2018 general election. Months after the electoral victory, the project’s website still features headshots of the Pakatan Harapan (PH) coalition’s politicians, accompanied by their campaign statements. It also mentions that the new digital currency is co-founded and supported by Khalid Samad, the Malaysian Minister of Federal Territories. Samad — who has been an MP since 2008 but became minister only with the advent of the new Pakatan Harapan government in July 2018 — is now the main driving force in promoting Harapan Coin post-election.

Now that the anti-BN coalition has prevailed, it looks like Samad is working to repurpose the Harapan Coin infrastructure to serve the fundraising needs of his coalition in the new political environment, where they are the incumbent political power rather than the opposition aspiring to topple a longstanding regime.

While the project’s objectives prior to the election were straightforward, they are now much murkier. Is it now going to be a single political party’s own coin? What about the vague promises of the possibility for the coin to become legal tender if the election was won? The fact that both the white paper and website haven’t been updated since before the May election doesn’t help to illuminate the matter.

Nevertheless, Khalid Samad keeps pushing for the coin to be officially recognized. On Nov. 13, he announced that paperwork for Harapan Coin’s presentation before Bank Negara Malaysia (BNM) and Prime Minister Tun Dr Mahathir Mohamad. A week later, Samad mentioned that the project was under review by a Bank Negara Malaysia taskforce. The minister’s advocacy campaign, however, was met with criticism from all across the Malaysian political landscape.

It should come as little surprise that one of the biggest issues that critics take in regard to the design of Harapan Coin is the proposed distribution of the funds raised. The current breakdown stipulates that as much as 30 percent of the money will go to the system’s administrators — who, as mentioned above, remain effectively anonymous. Another 30 percent is meant for Amanah, Khalid Samad’s own political party. Given that the coin is proposed to be state-backed — and possibly even used for paying state fees and fines — this would clearly grant one of the political groups an upper hand over all others at the expense of the government.

This was just one of the concerns raised by the nonprofit Centre for a Better Tomorrow (Cenbet) in a recent statement that warned all the parties involved of the project going “against the principles of good governance.” The group’s representative also stressed that the way the coin’s design facilitates political donations from overseas may open up the Malaysian political system to influence from abroad.

While it is hardly unexpected that recently deposed Prime Minister Najib Razak has spoken out against Harapan Coin, the sources of criticism are not confined to Samad’s political opponents. Fahmi Fadzil, a member of parliament who represents one of the parties that constitute the Pakatan Harapan coalition was among those politicians who admitted to having reservations with regard to a lack of mature regulation of cryptocurrencies, as well as potential issues associated with anonymity. 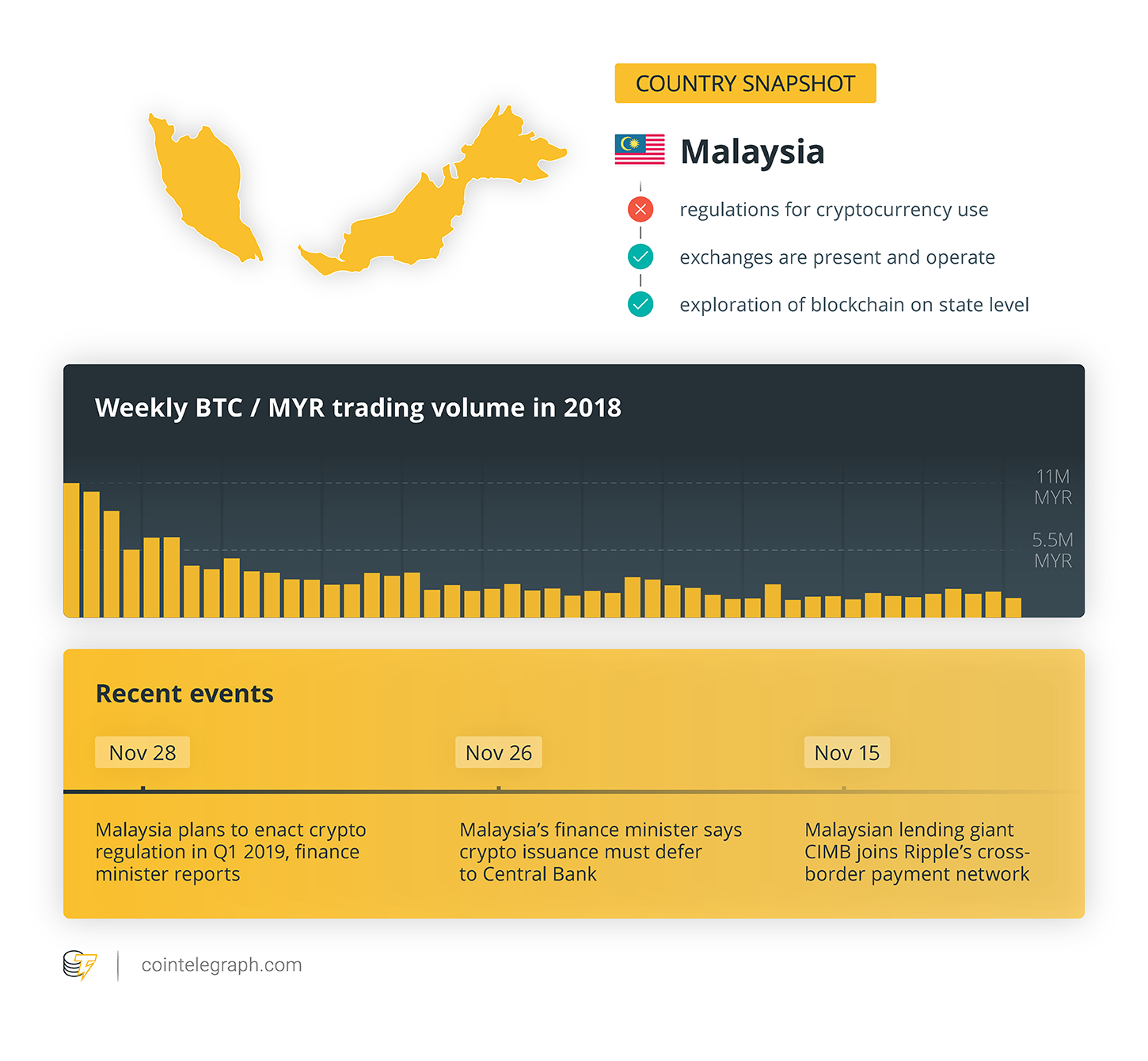 One more blow to Harapan Coin’s prospects came from a somewhat unexpected direction. Dr. Zulkifli Mohamad Al-Bakri, mufti of the federal territories and one of Malaysia’s most authoritative experts on Islamic law, has recently stated that Bitcoin (and, by extension, other cryptocurrencies) should be considered haram, or forbidden. This could mean a lot in a country where over 60 percent of population practices Islam. Minister Samad hopes to address the mufti’s concerns by establishing a governing body to oversee Harapan Coin’s operations and ensuring its compliance with the religious authority’s vision.

Overall, Harapan Coin in its current shape does not particularly look like an endeavor that is bound to succeed in the near future. Although it is aggressively promoted by a resourceful co-founder who happened to find himself in a high office, it is decried by civil society groups and religious authorities, while the financial arm of the government examines it with great caution. Neither does it enjoy political support from the national leader or members of the governing coalition outside of Khalid Samad’s own party.

Whereas the idea looked appealing at the time when the unified opposition forces were bracing themselves to overturn the incumbent regime, the subsequent victory has made the divides within the triumphant Pakatan Harapan coalition even more pronounced, and at the same time obscuring the need for an alternative political fundraising infrastructure.

It would help if Harapan Coin’s backers could clearly articulate their renewed plans and objectives, yet no such information seems to be publicly available. From what could be inferred about the project now, it is designed to blur the boundaries between the state and political parties, while lacking a clear definition of the mechanics of the proposed system, information about its developers and any particular checks on power abuse embedded into its design. For a country with a long history of financial wrongdoings at the hands of the powerful, this combination hardly makes for a strong pitch.