Justice on Blockchain: Did Bitfinex Handle its Problem Well?

Unlike other views, a fintech enthusiast, sees Bitfinex’s manner of handling the hack with its customers as commendable. 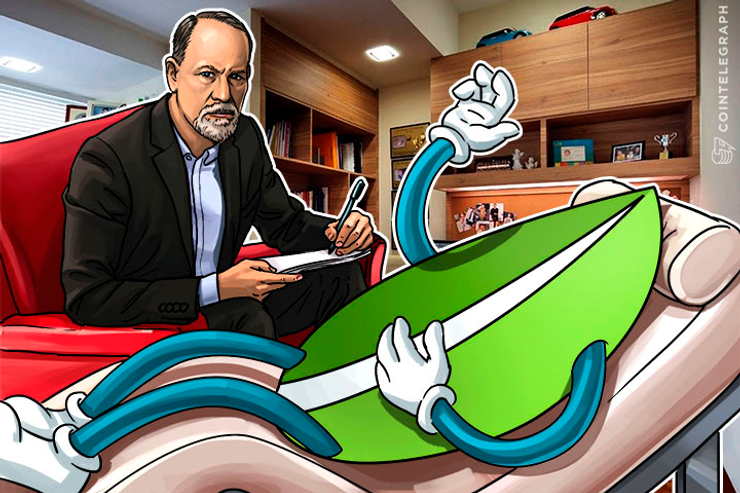 A fintech enthusiast, who has been pushing support for permanent built-in bounty rewards to discourage crime and promote justice on the Blockchain, has approved Bitfinex’s manner of handling the hack with its customers.

James Gallagher informed Cointelegraph that for Bitfinex customers to experience a generalised loss percentage of 36.067% is a fair resolution.

“With all due respect and being a recent "ride" participant in this Bitfinex hack, I was also party to Gox and Hashocean, ouch!  Bitfinex by far took great care and diligence to resolve fairly this issue,” Gallagher said. “Being issued debt obligation/equity in the company is not necessarily to lose 36%. I am glad they have found fairly equitable resolution considering difficult circumstances.”

He noted that timeliness in resolution of difficulties is ever valuable to an entire ecosystem, whether it is a forest or an internet community adding that the longer a dilemma drags on, the more energy that could be valuably spent elsewhere be wasted.

He says the quicker the better for people who have a loss to accept that it could be worse and move on.

“While we need additional information before being fully accepting of the apparent cut in our liquid positions at Bitfinex, Bitfinex provided quick arbitrage type remedy and thus far handled the problem well. With the expedience of resolution, it is proposed that the Bitfinex hack will turn into benefit for the BTC community.”

The CEO of leading digital asset exchange ShapeShift.io, Erik Voorhees, noted in a piece that some have been proclaiming that Bitfinex should be immediately forced into the bankruptcy court which, though is the traditional, formal, legal manner of dealing with such a grand loss at a custodial enterprise, but didn’t help a creditor/victim of MtGox such as him.

As a form of “socialized risk” — the profits from the trades accrued to private parties, while the losses were paid by everyone - the Executive Director of Strength in Numbers Foundation, David Duccini, says he is net neutral on the Bitfinex case.

“I think compared to other thefts, it is likely the lesser of several evils. However, the exchange itself was likely making a rake or vigorish on the transactions as is the entity which should have shouldered the loss. It’s why we have “insurance” in business. If the exchange was actually a “cooperative” the loss distribution would seem more equitable, but it’s not. If Bitfinex is actually redistributing value from say a higher net worth account to a lower one would be an example of what has been proposed in several EU countries — essentially an asset seizure.”

Duccini added that offering shares in the event of an IPO turns it into a quasi-shareholder offering, which given their jurisdiction allows them to likely avoid “unregistered securities” laws in effect in, say, the USA.

Gallagher has also proposed a Blockchain 'bounty' web project to promote white hat hacker reward for exposing digital crimes seeking expertise and engaging in further studies. The idea is to provide a permanent policing mechanism and deterrent to Blockchain crimes which will create a permanent hacker investigation incentive to past, present and future crimes.

“Anyone with Bitcoins, breeched, stolen or lost can enter details and pledge on a Blockchain website that will categorize these. The site will allow for percentages (recommend >=21%) of the recovered funds and or rewards for exposure of the perpetrators to be pledged. I have more details I need to organize. However, I am finding many start-ups with the necessary technology to easily make this a reality.”

On a /r/bitcoin subreddit thread where the OP asked what could be the bounty for the Bitfinex coins - though the writer claims not to have an idea who the hacker is but knows  “who to ask if they would snitch on him for a certain price” - there are suggestions of between 1 to 10, 000 BTC.

Bitfinex will start enabling additional platform features on Wednesday August 10th as it continues to restore service after the hack incident on August 2nd.