Komodo developers claim that it has created an implementation of its AtomicDEX that runs a full P2P node in the user’s web browser. 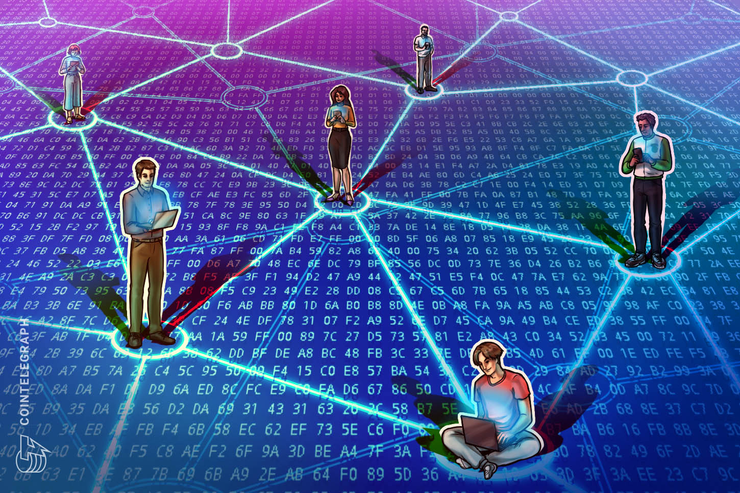 The developers of multi-chain architecture project Komodo claim that it has created an implementation of its AtomicDEX that runs a full peer-to-peer (P2P) node in the user’s web browser.

Komodo developers wrote in a press release shared with Cointelegraph on Dec. 5 that the platform allows for non-custodial cryptocurrency trading through atomic swaps. The company has expanded its AtomicDEX mobile decentralized exchange (DEX) to work in web browsers on all major platforms.

Atomic swaps, according to the release, are a smart contract-based technology that enables users to trade digital assets without any third-party involvement. The firm announced:

“Users who wish to make trades using AtomicDEX will be able to do so by simply visiting a URL and logging into their account; there is no need to download an application. Once a user visits the page, the AtomicDEX application will load into the browser and spin up a standalone p2p node. The application will be entirely client-side; no sensitive data or private keys will be transferred to a third party over the course of an exchange.”

“AtomicDEX is the undoubted industry leader”

The beta of the mobile DEX launched its public beta earlier this fall and has seen over 3,500 beta testers so far. Komodo chief technical officer Kadan Stadelmann the lack of decentralization of many competing DEX implementations:

“While it’s common to hear industry participants throwing around the terms ‘DEX’ and ‘atomic swaps’ to describe their tech, most solutions on the market have been pure hype or have seriously compromised their stated commitments to decentralization. Komodo’s AtomicDEX is the undoubted industry leader, and we are fully prepared to back that statement up, full stop. We’ve been working on atomic swaps since 2014 and have even collaborated with their inventor, Tier Nolan.”

Stadelmann further claimed that the firm has conducted over 100,000 swaps so far and that its objective is to allow its user base to trade cryptocurrencies without middlemen by typing a URL or using the phone. When asked by Cointelegraph whether having a centralized server distribute the software to web browsers at each use could have negative cybersecurity implications, Stadelmann said:

“Not really, as it’s no more centralised than any other software distribution platform/channel for any other DEX. By that metric, other websites and repositories where people can download a DEX (or any other decentralised app) can also be seen as a sort of centralised distribution medium and central point of failure.”

He pointed out that also GitHub can remove specific projects as can Google Play and Apple App Store. He also noted that the firm runs multiple servers to avoid having all their eggs in one basket. Also, additional steps have been taken to prevent modified software from joining the network:

“The DEX software itself has validation mechanisms (digital signature) that would ensure that users are using the real and authentic DEX software. [...] Unsigned and thus potentially malicious software won’t be able to access the real DEX network.”

Cointelegraph also asked Komodo’s CTO how the system acheives non-custodial management of assets based on different blockchains, given that many competitors hold user assets and represent them as tokens on their blockchain. He explained how AtomicDEX handles swaps between crypto assets across blockchains:

“A swap between two chains actually takes place between those two chains — and not between proxy tokens and other “intermediate” layers. [...] We firmly state that no other DEX comes close.”

When asked about Komodo’s solution to the lack of volume affecting decentralized trading platforms, Stadelmann explained that the firm hopes to achieve it by sharing liquidity between all the third-party implementations that use the firm’s application programming interface (API). Furthermore, he hopes that users will also integrate the DEX with centralized trading platforms to address the issue:

“AtomicDEX is natively compatible to be used with the APIs of various centralized exchanges (CEX). So any end-user could attach his DEX node to a CEX through their API key - this way the user can mirror the CEX orderbooks over to the DEX and just add a small margin to even make profit out of the deal.”

Developments in the DEX space are becoming ever more frequent as competition heats up in what many believe to be the future of cryptocurrency trading. In the latest example, Waves DEX recently announced a shutdown in preparation for renewed operations as a hybrid exchange.