The South Korean ICO Contents Protocol has decided to fold after business failed to take off, returning a significant portion of its initial funding to the holders of the CPT token.

2361 Total views
111 Total shares
Listen to article
0:00
News
Own this piece of history

The South Korean initial coin offering project Contents Protocol will return 26,877 Ether (ETH) ($7.5 million at press time) to holders of its CPT token. Both legal obstacles and business challenges were cited as reasons for the shutdown.

The details are visible on the project’s modified homepage, first recorded on Feb. 19. Its public ICO ended in December 2018 and collected almost 7,000 ETH, which was its funding goal. The remaining 22,000 ETH came from private token sales.

The project was combined with a content platform developed by Watcha, the company behind the token. The idea was to reward platform users with the CPT token for interacting with the platform and giving up their data.

However, the platform failed to lift off. The team motivated it with “negative perception toward cryptocurrency,” citing high volatility and a complex user experience. Finding other content platforms was also a challenge.

Finally, the team mentioned “uncertain legal and accounting risks” as another reason for the shutdown decision, which required “serious deliberation.”

How the funds will be returned

The team revealed that it spent about $1.5 million in its year of operation, with most of it going into legal, and agency fees. Another 1,500 ETH is also categorized as agency fees, likely a commission for conducting the ICO. 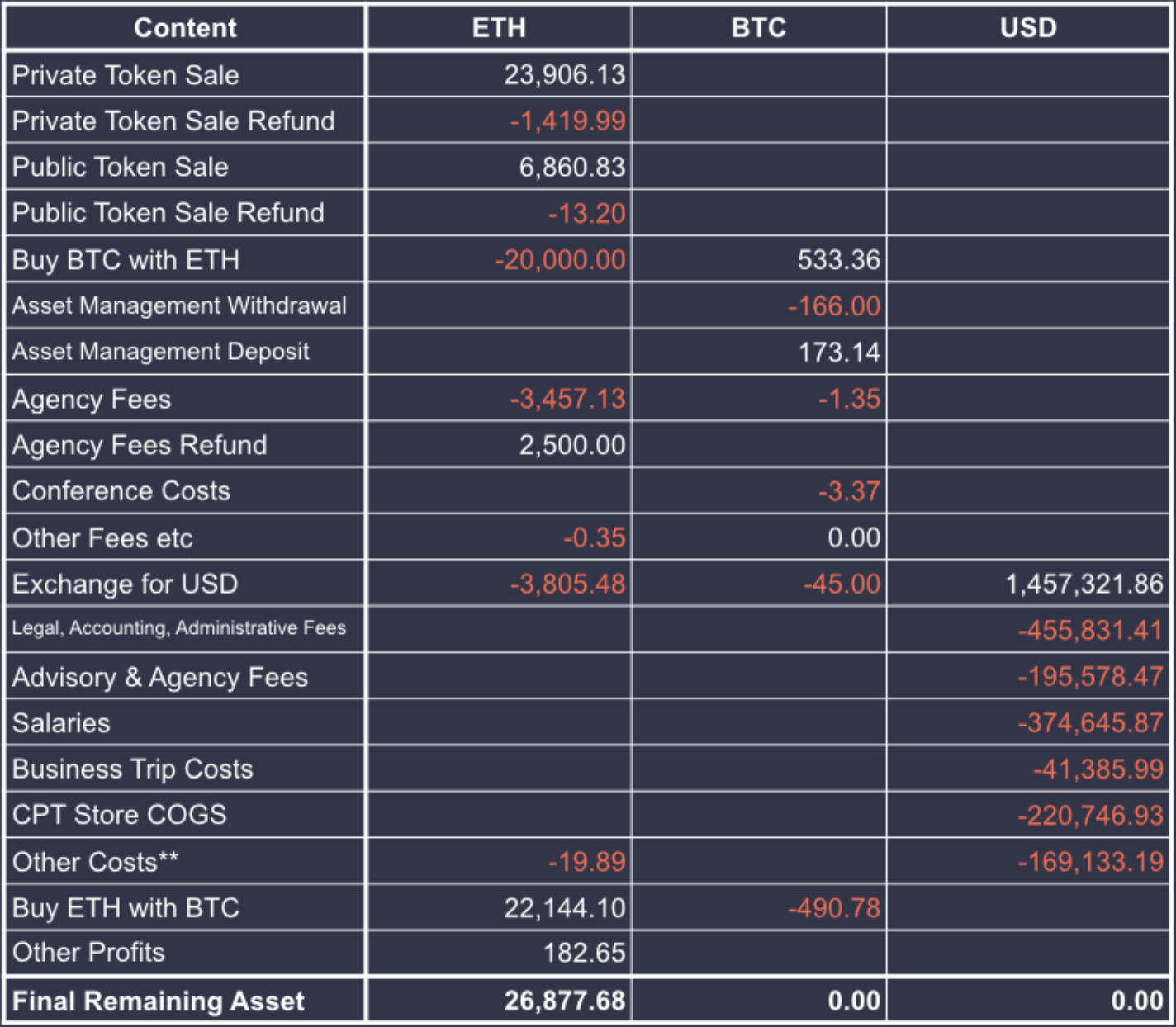 The project will return the funds to each CPT token holder based on a ratio of 0.84 ETH for 100,000 CPT. The figure was calculated by measuring the circulating supply of CPT.

It is worth noting that this is not a strict investor refund. The supply calculations include all circulating tokens, some of which were initially allocated to advisors, the team and various community and bounty programs.

The team’s portion is only a small part of the whole, and is reported to have been entirely sold to the market. The advisor portion is less clear in that regard, and may still be partially owned by the original holders. The exact redemption procedure has yet to be revealed.

Contents Protocol did not immediately reply to a request for comment. The article will be updated as more information comes through.