Vinny Lingham’s Civic is among the Blockchain startups making major announcements at Money 20/20 this week, unveiling a new three-way partnership.

Lingham’s Identity platform, which debuted its ICO token CVC in July, continues to add to the list of increasingly prominent businesses set to use its Blockchain solution.

Now, credit report repair service Progrexion, along with its subbrands law firm Lexington Law and consumer advice portal Credit.com, are also on board.

Lingham commented in a press release about the Progrexion deal:

“This partnership completes Civic's technical goal of not storing any consumer PII (Personally Identifiable Information) on our servers, even for those consumers who need constant credit monitoring.”

CVC tokens surged 22 percent in value to $0.36 over the 24 hours following the news, having previously declined from August highs of $0.80. 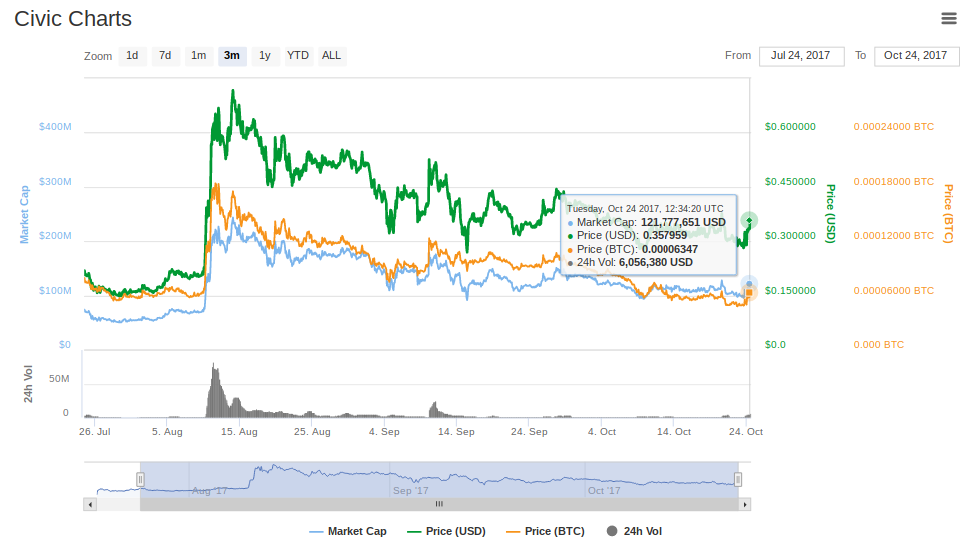 On social media, steadfast investors used the release to reiterate their belief in Civic as a long-term proposition amid a sea of ICO tokens coming under increasing international scrutiny from regulators.

Progrexion means around an extra 3.5 mln users could soon being interacting with Civic, with access via Credit.com following the integration.