The German automotive giant aims to increase the transparency and sustainability of complex supply chains. 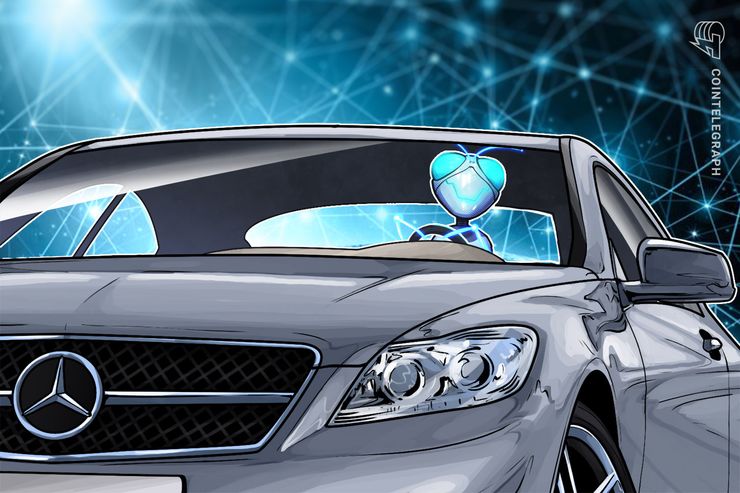 German automobile brand Mercedes-Benz Car has developed a platform based on blockchain technology to increase transparency and sustainability in complex supply chains, according to press release published on Feb. 25.

Mercedes-Benz, a division of Daimler AG, a German multinational automotive corporation, has partnered with United States-based software company Icertis for cooperating in the development of blockchain tech for supply chain use.

Mercedes-Benz has announced that that they have jointly developed and programmed a prototype with Icertis based on blockchain technology that allows for the storage of documentations and contracts in complex supply chains.

The project allows for the creation of a transparent and sustainable mapping of sorted documents across the entire supply chain, the press release notes. The parties have now entered the testing phase of the pilot project.

Underlining the complexity of the modern supply chains, Wilko Stark, a member of the divisional board of Management Mercedes-Benz, states that blockchain tech could affect “nearly the entire value chain,” adding:

"Blockchain technology has the potential to fundamentally revolutionize our procurement processes [...] With our Blockchain-prototype, we are in the first step testing one of diverse possible applications with the aim of increasing transparency beyond our direct suppliers."

As Cointelegraph wrote on Sep. 26, Porsche AG, another major German automobile manufacturer, announced their plans to increase investments in blockchain-related startups in order to “gain access to trends, new technologies and business models.”

Earlier this month, one of largest general trading company in Japan, Itochu Corporation, officially announced the start of a proof-of-concept aimed at developing a blockchain-backed traceability system that would allow buyers and sellers to record transaction details about supply chains through a smartphone app, as Cointelegraph reported on Feb. 1.