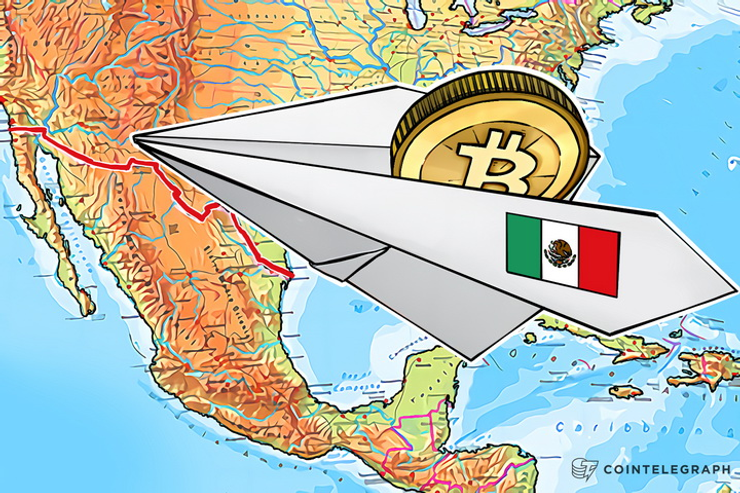 As Donald Trump promises to severely limit across-the-border money transfers if elected, Bitcoin exchanges offer help to millions of illegal aliens in the US.

Lives of many Mexicans depend on the outcome of the U.S. presidential election in November.

The undocumented immigrants who live in the US are being threatened by Donald Trump's campaign promise to stop money transfers sent south of the border unless Mexico pays up to $10 billion to build a border wall.

No money transfers to illegal aliens

If elected, Trump plans to use the Patriot Act to require legal identification for money transfer transactions. He is quoted by his campaign’s web site:

“On day 1 promulgate a "proposed rule" (regulation) amending 31 CFR 130.121 to redefine applicable financial institutions to include money transfer companies like Western Union, and redefine "account" to include wire transfers. Also include in the proposed rule a requirement that no alien may wire money outside of the United States unless the alien first provides a document establishing his lawful presence in the United States.”

This first move is precursory to the others that are due to follow. If Mexico protests, Trump plans to roll out trade tariffs, cancel visas and increase visa fees.

Last year alone, nearly $25 billion were sent from the U.S. to Mexico, with the average transfer of $300, according to the Mexican Central Bank.

What can be done to provide the people from South America with an alternative means of remittance if Mr Trump's plans become a reality?

According to Volabit, a Bitcoin exchange in México, there is a Coinnect system in place that is being operated by SatoshiTango and Volabit.

“We have a system in place called Coinnect that allows people to send money through partner exchanges without the sender or receiver knowing that there is bitcoin involved.

This system is implemented with an exchange in Argentina and we have had talks to implement it with an american exchange. However, the implementation has been postponed since it does not offer a significant increase in price and convenience when compared to traditional methods.

If Trump wins and if he goes through with this plan (to big ifs), we can re-engage with the American exchange and proceed to include them in the Coinnect network.”

Industry stakeholders and money transmitters told a recent Government Accountability Office report that even a limit imposed on wire transfers "would likely drive transactions underground" and "resort to alternative methods of laundering proceeds."