NBA & NFL Believe in Non-Fungible Tokens, But Not Contract Tokenization

NBA and NFL embrace new technology such as Non-Fungible Tokens that allows greater fan engagement, but no player contract tokenization any time soon.

Cointelegraph was on the ground for NFT NYC, event taking place a couple of hundred feet from Times Square dedicated to non-fungible tokens.

While most of the companies at NFT NYC are early-stage startups still looking for their users, two attending organizations have hundreds of millions of fans around the world.

Adrienne O'Keeffe, associate vice president of partnerships at the NBA, and Sophie Gage, counsel at the NFL Player’s Association, joined a panel to discuss the value of blockchain technology for big brands. Cointelegraph scored an exclusive interview after their public discussion. 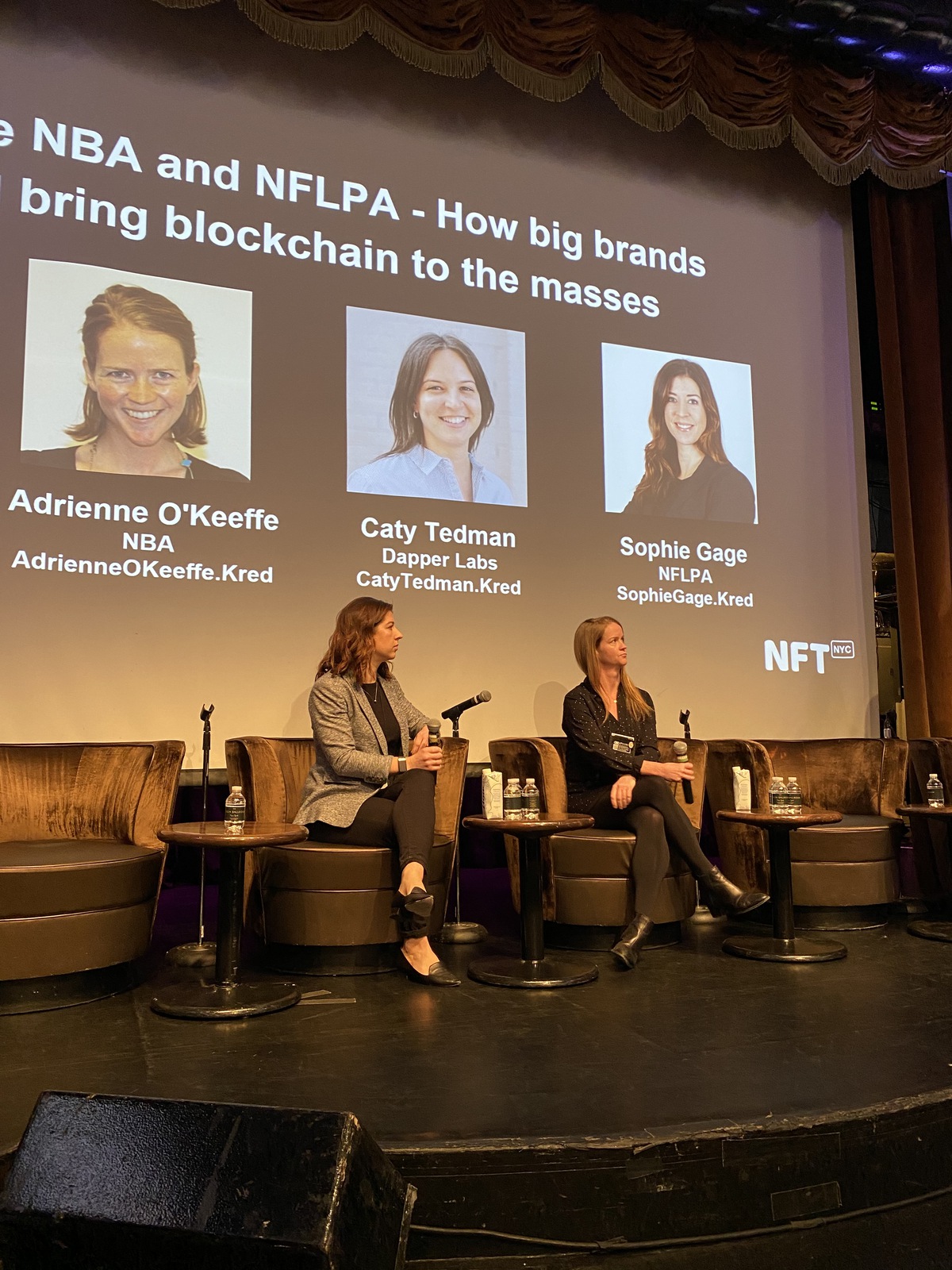 “This is a new way for fans to connect with our games”, says O’Keeffe. But Gage, who is a lawyer, notices “there is a lot of uncertainty: are these utilities, are these securities?” Panini, who is a giant in the traditional players’ cards market, has issued blockchain-based cards for NFL, MLB, NBA as well as for various soccer teams. “It’s a new area for growth. There is a lot of untapped potential”, observes Gage.

“We have met with dozens of companies in the space. They were coming to us with capabilities, not products.”

Many NBA and NFL players are into crypto. Perhaps the boldest venture in the area was Nets player Spencer Dinwiddie trying to tokenize his NBA contract. The NBA eventually shut it down — Gage and O’Keeffe both believe we won’t see contract tokenization anytime soon.