Researchers at the Bank for International Settlements think that crypto prices respond well to clear regulation, though they drop when governments issue bans.

Researchers from the Bank for International Settlements are finding that cryptocurrency markets actually react positively to news of clear regulations.

Findings? Crypto is not such a wild west after all

Per a working paper released by the Dallas Federal Reserve Bank’s Globalization Institute on April 18, crypto prices are more responsive to regulation than their reputation suggests. While news reports of government bans on cryptocurrencies resulted in price dips, markets jumped when the regulation was clear.

The paper suggests, “at the current juncture, authorities around the globe do have some scope to make regulation effective.” Categorizing different news and their effect on Bitcoin’s price, the researchers found. 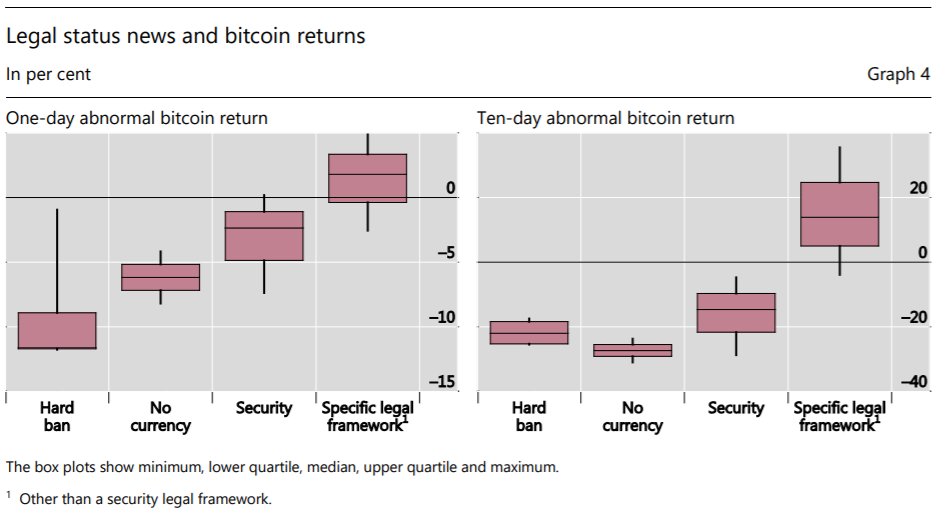 Why cryptocurrencies care about regulation

In analyzing why cryptocurrencies that operate on borderless blockchains would see price action in response to governmental actions, the authors of the paper suggest that fiat on- and off-ramps, as well as traditional institutions remain important to crypto users:

“Why do news events about national regulations have such a substantial impact on cryptoassets that have no formal legal homes and are traded internationally? Part of our interpretation is that cryptocurrencies rely on regulated institutions to convert regular currency into cryptocurrencies.”

The authors of the paper, Raphael Auer and Stijn Claessens, are both researchers within the Bank for International Settlements’ monetary and economic department. Auer is the principal economist in the innovation and the digital economy unit while Claessens is the head of financial stability policy.

Earlier in April, the BIS called for countries to work on issuing central bank digital currencies in response to a number of payment issues that have come into focus during the COVID-19 pandemic. In February, the Bank appointed new leadership at two of its hubs for fintech research.

Cointelegraph reached out to the authors of the paper for further clarification  but had received no answer as of press time. This article will be updated with those responses if they come in.