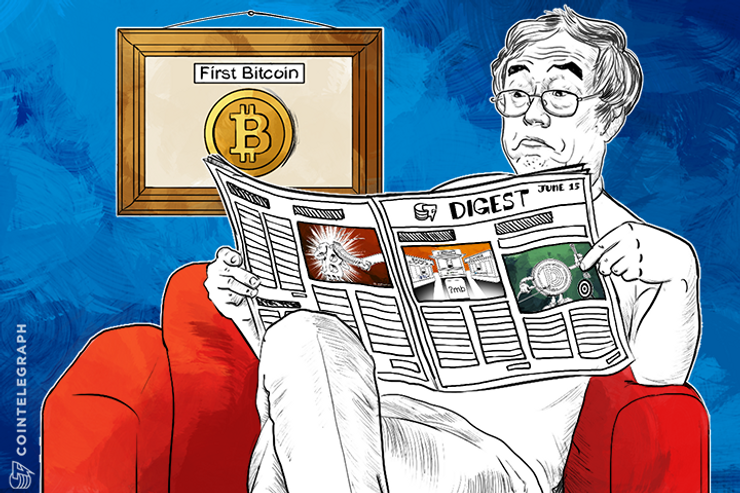 According to thedomains.com, Overstock bought three domain names and three social media handles from Anonymous Media LLC. for 150 bitcoin. The first major retailer to accept bitcoin as payment is said to have purchased the domain names O.ly, O.vu and O.cr as well as the social networking handles of twitter.com/O; vimeo.com/O and O.tumblr.com, back in December 2014.

As such, this purchase may well be the first time a major merchant has spent bitcoins earned directly, without converting them to fiat currency.

An anonymous hacker who goes by the pseudonym PH1K3 published meta-data details about Silk Road judge 's work accounts, email interactions, websites visited, and more. This “doxing” was in retaliation to the judge’s role in sentencing founder Ross Ulbricht to life in a high security prison.

In a statement, PH1K3 said:

“Ross Ulbricht is a programmer like me, just that we code different stuff. Ross coded a platform, he created Silk Road, and today Silk Road is in the hands of a crew and I think its going to be like [The ] a ship they can’t take down.”

Swedish bank SEB placed a sponsored, full-page ad this week in ’s largest online newspaper, Swedish Dagbladet. The author of the article, SEB's chief strategist Johan Javeus, presents the usual examples of why the bank frowns on the cryptocurrency's use. He says that it needs more stability and increased regulation in order for it to function effectively as a means of payment.

“There is a problem when there is no Governor acting anchor to a currency, to ensure stability.”