Looking at the Bitcoin Mayer Multiple, the Miner’s Position Index, Miner’s Rolling Inventory to provide fresh perspectives on what is going on with the market.

30808 Total views
85 Total shares
Listen to article
0:00
Bitcoin Halving
Own this piece of crypto history
Collect this article as NFT

We have almost reached Bitcoin’s third halving where the network halves the block reward from 12.5 Bitcoin (BTC) to 6.25 BTC. This event has recently ignited strong market interest where Bitcoin broke through $10,000 on May 8, 2020, fully recovering from the Black Thursday crash. Meanwhile, the total cryptocurrency market cap has also passed $270 billion. At the time of writing, Bitcoin is currently hovering around $10,000.

As of May 8, 2020, the Bitcoin network hash rate has reached an all-time high, and the difficulty level rose to 16.10T. The newly added and active addresses rose 22.52% and 13.03%, respectively, from the seven-day average, of which the number of active addresses reached nearly a million addresses. 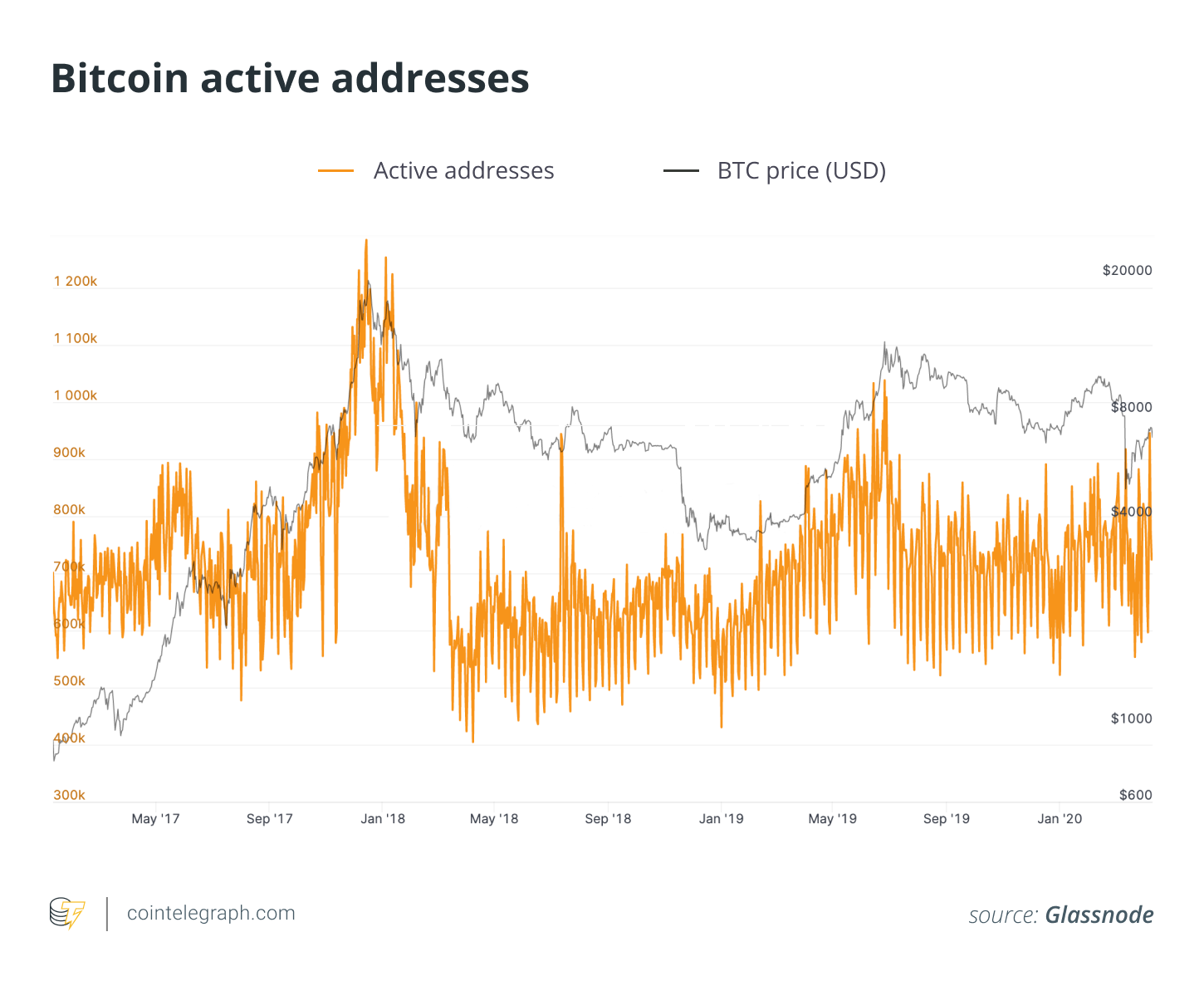 The current search interest for the keywords “Bitcoin halving” has reached a peak of 100 in the first week of May 2020 and has exceeded its second halving, which happened in July 2016, by more than four times. Market participants are curious to discover how the market dynamic could change post-halving. 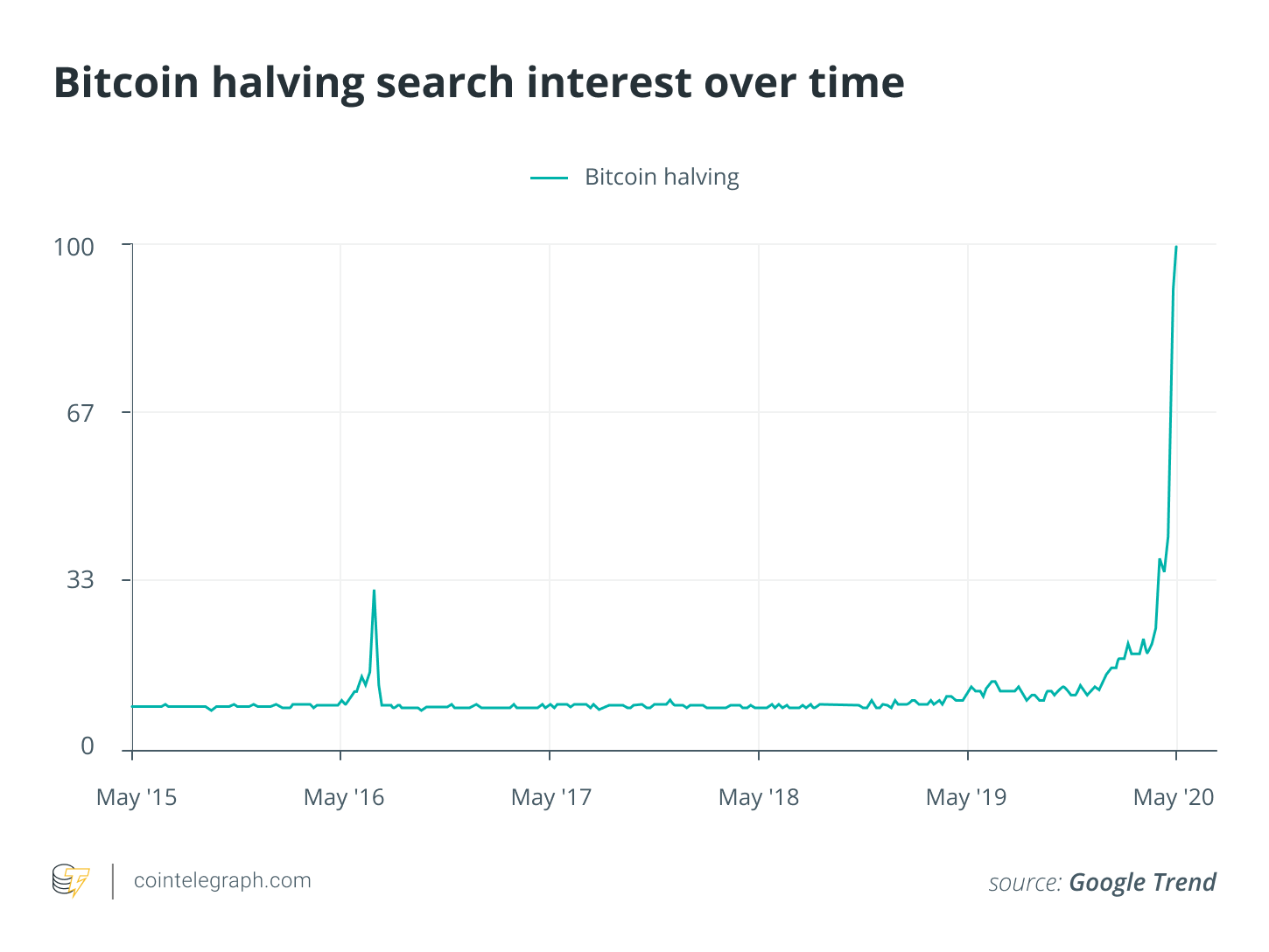 Meanwhile, Europe has been the most enthusiastic region about the Bitcoin halving. Among the top 10 regions in the past 30 days for search interest, Malta is the highest, followed by Saint Helena and Luxembourg. These regions have positive regulatory frameworks to support the cryptocurrency industry. Among them, Malta holds the most active regulatory attitude toward cryptocurrencies and recognizes the legal status of cryptocurrency in its region. 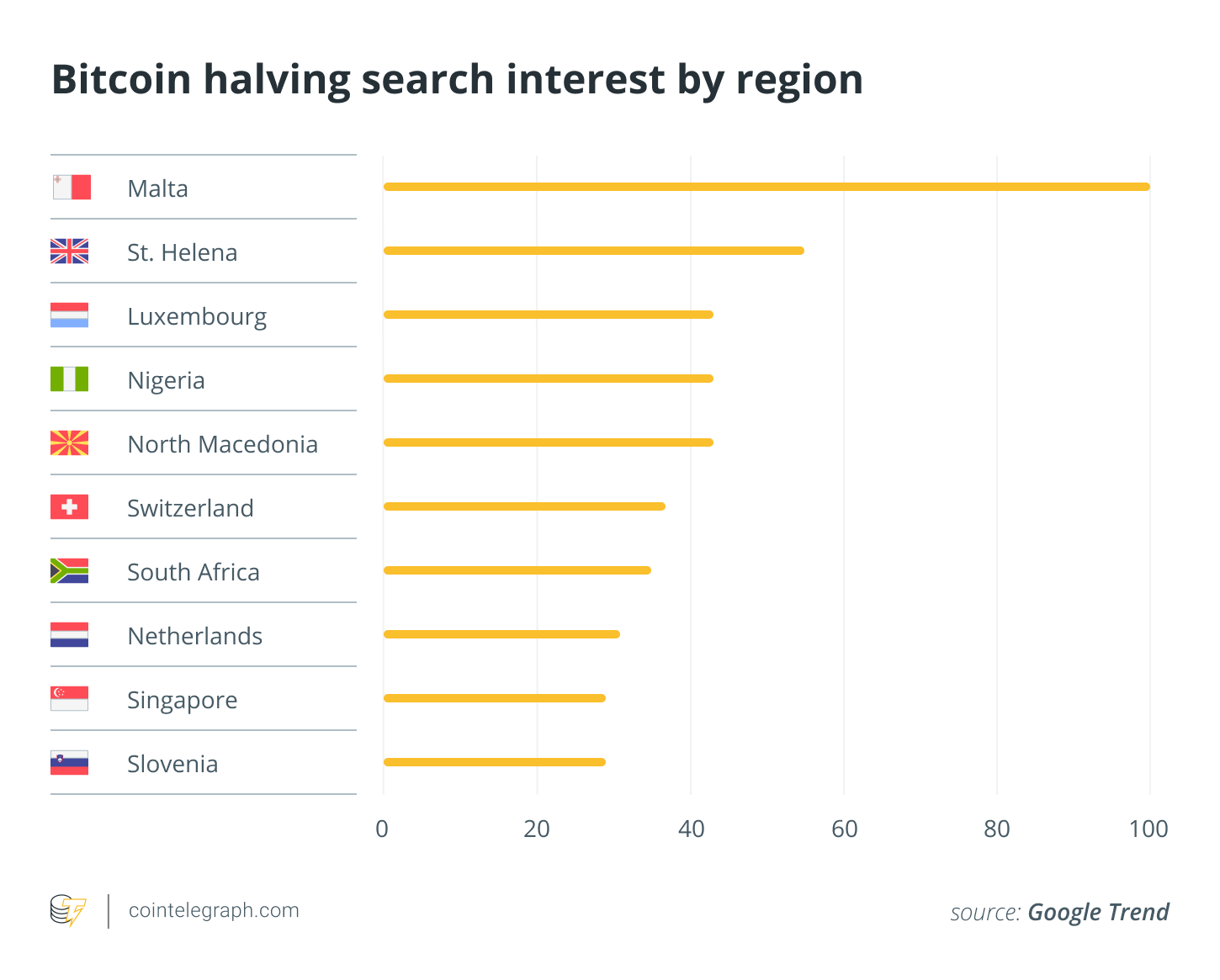 Surprisingly, in the past month, Africa has had an unusual attitude toward the Bitcoin halving with Nigeria ranking fourth in search interest and South Africa ranking seventh.

Bitcoin Mayer Multiple is a price analysis indicator created by Trace Mayer as a method to measure Bitcoin’s current price and the long-term historical price trend. 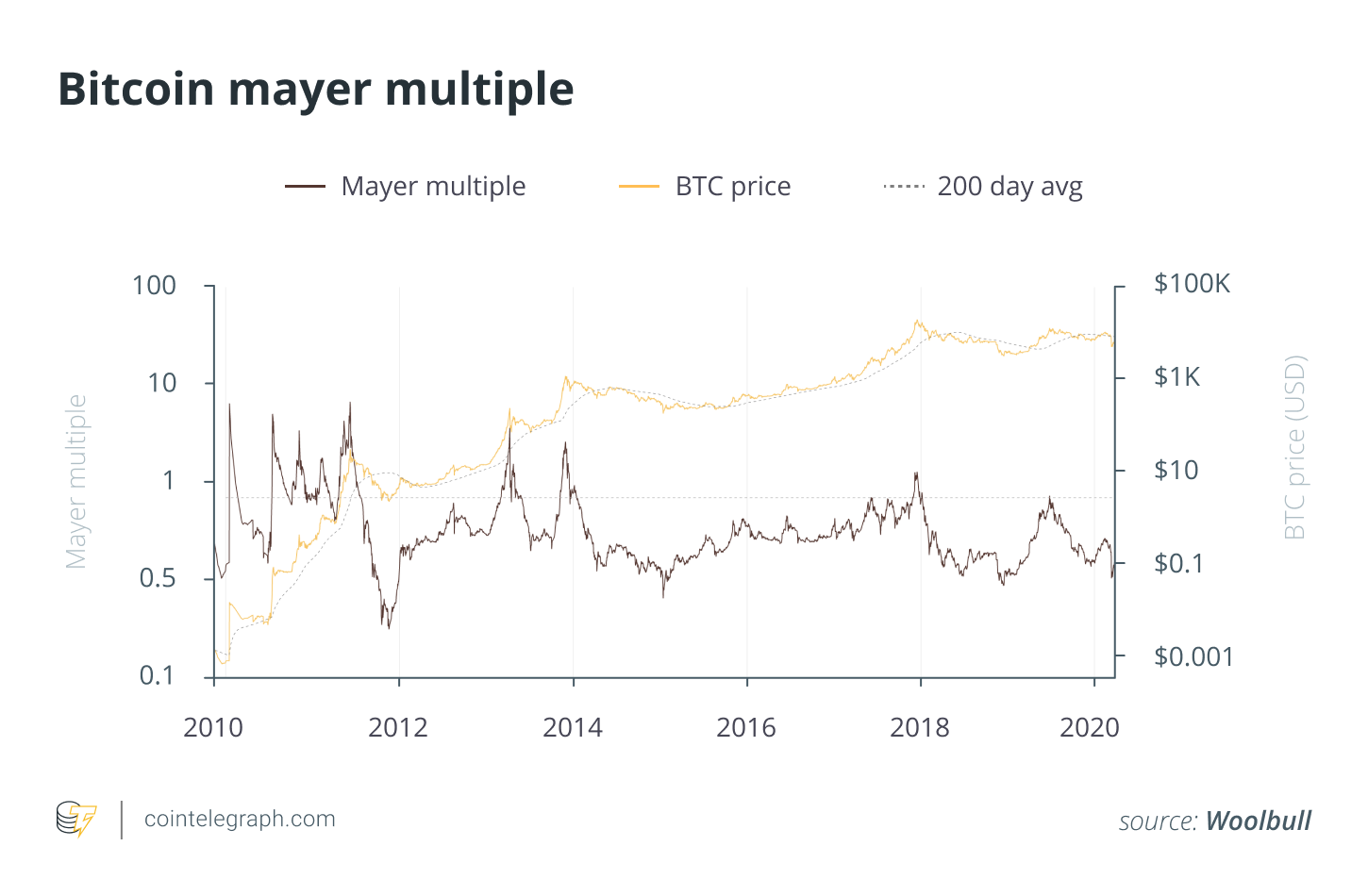 Bitcoin’s Mayer Multiple fell to 0.574 after the Black Thursday market plunge and was in an extreme panic stage. It has since recovered and continued to rise above 1. The market’s expectations for the Bitcoin halving have begun to materialize, and fear of missing out, or FOMO, has started to spread in the market.

Miners’ Position Index, or MPI, is a measurement to understand the current behavior of miners. An MPI value above 2 is essentially a longer-term, macrostructure analysis where, in a shorter term, a value above 0 might indicate local selling opportunities, and when the values go into extreme negatives, this might indicate local buying opportunities (when miners are holding Bitcoin). 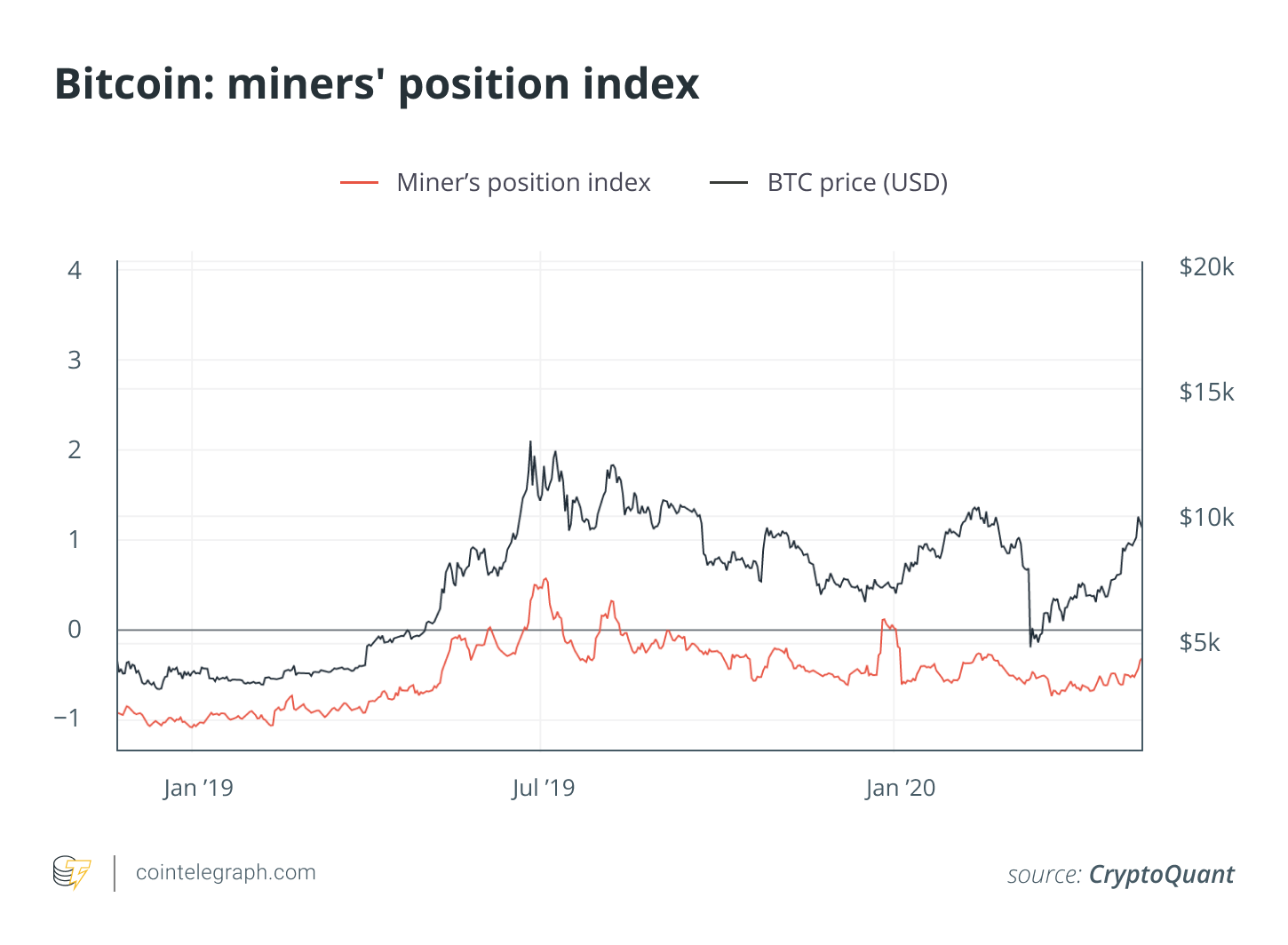 It is interesting to see that when analyzing from a macro view, the MPI values have been consistently below 2 since the 2017 bull runs. From the micro trend perspective, the values are generally below 0, indicating miners are more inclined to hold Bitcoin. There was only a brief period between the end of 2019 and the beginning of 2020 when the MPI values reached above 0, possibly due to some miners capitulating.

The Miner’s Rolling Inventory, or MRI, is mainly used to measure the changes in the level of Bitcoin inventories held by miners. 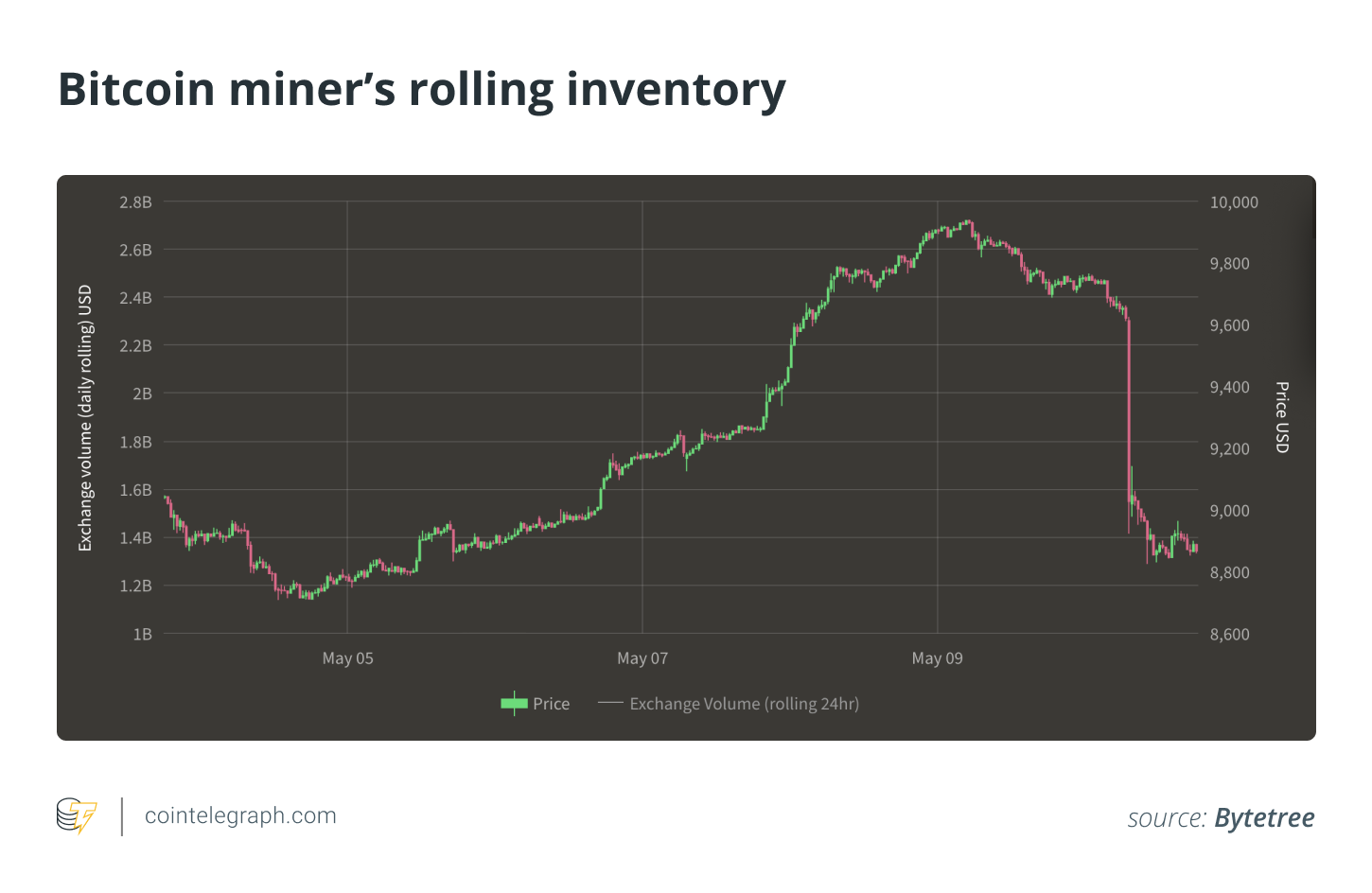 Miners were generally holding Bitcoin from January to March 2020. Immediately before Black Thursday, miners were comfortable selling into a strong market bid represented by the value of 1.63 on March 11, 2020, which is significantly greater than 1. However, post-market crash miners have been leaning toward holding back.

The MPI and MRI provide unique perspectives from miners using different approaches. Although the interpretations of these two metrics are different, they both point toward the same behavior of the miners who generally lean toward holding Bitcoin pre-halving.

In the long run, Bitcoin presents itself with significant innovations to the world, generating disruptive ideas, market interests and opportunities for many to tap into. In the long run, we expect that the halving, coupled with the gradual maturity of the industry, will continue to gain traction globally.

However, the direction of the cryptocurrency market can also be easily influenced by many market factors. As we are heading toward the third post-halving in the Bitcoin era, the impact of the COVID-19 pandemic and the direction of the traditional financial market are still unclear. These uncertainties can potentially translate to the cryptocurrency market, creating a ripple effect that generates significant volatility in the short term.

This article was co-authored by Johnson Xu and Fanger Chou.

Fanger Chou is a blockchain lover with a demonstrated history of working in the blockchain industry. She is currently the senior analyst at TokenInsight, a company that provides investment research, ratings, data analysis, industry insights, investment management services, industry consulting, etc.