American e-commerce giant Overstock is working on the liberalization of its planned digital dividend shares trading. 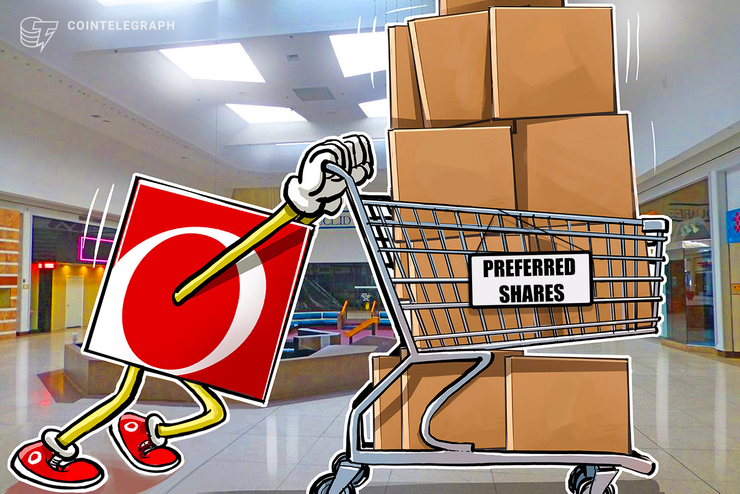 According to a Sept. 18 news release, Overstock is working with regulatory authorities on making its digital asset-based dividend freely tradable by non-affiliates following distribution.

As such, the company will not have to put its dividend shares on the six-month holding period as required under Rule 144 enforced by the United States Securities and Exchange Commission. Commenting on the development, interim CEO of Overstock Jonathan Johnson said:

“We have received a great deal of interest surrounding our Series A-1 dividend from shareholders, broker-dealers, regulators, and the general market. [...] It also introduces blockchain technology to enhance the investor experience. It is an important step on the journey to demonstrate that blockchain technology has enormous potential to transform society for the better.”

As previously reported, Overstock's digital dividend will be payable at a ratio of 1:10, which means that one share of Series A-1 will be issued for every 10 shares of common stock. Existing Series A-1 shares can now be traded on the Pro Securities alternative trading system, powered by technology owned by Overstock’s blockchain subsidiary tZERO.

A recent report by the New York Post claims that Overstock’s former CEO, Patrick Byrne, designed the digital asset-based dividend in an effort to thwart short sellers. The newspaper reported that short sellers did not want to get stuck with blockchain-based dividends and began to unwind their short positions ahead of the previously planned dividend date, driving up Overstock’s stock price.

In August, tZERO announced plans to allow the public to trade its security tokens. At the time, CEO Saum Noursalehi said the company was expecting as many as 50,000 new investors, who had already bought Overstock shares, to begin trading their digital security tokens.