Roger Ver Has a New Bet To the World

Roger Ver share his opinions on BTC and BCH future with Cointelegraph, as well as his tips for ICO investors.

Find out what Roger Ver prognosis on Bitcoin price is, how to smartly invest in ICO and other tips in an exclusive Cointelegraph interview. 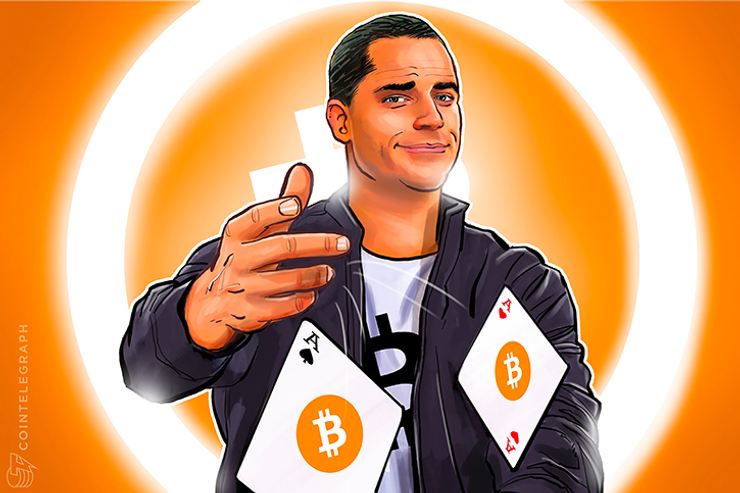 On Nov. 30, back in 2011, Roger Ver made a bet to the world, that Bitcoin is going to outperform gold, silver and the dollar by 100 times. This Nov. 30 is going to be the sixth anniversary of his bet, and Ver is set to make another bet to the world – this time about Bitcoin and Bitcoin Cash.

Previously known as Bitcoin Jesus and now a vociferous advocate for Bitcoin Cash, Ver has recently advised NAGA Group, a German public fintech company who’s about to launch an ICO, to accept Bitcoin Cash and other cryptocurrencies alongside Bitcoin and Ethereum.

A company shouldn’t limit itself to Bitcoin, whi