Three-time US presidential candidate Ron Paul addressed his eponymous cryptocurrency in an interview with CNBC on Wednesday. 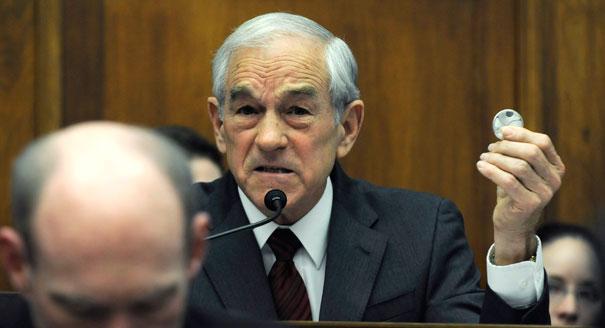 Three-time US presidential candidate Ron Paul addressed his eponymous cryptocurrency in an interview with CNBC on Wednesday.

Paul, an ardent critic of the Federal Reserve, confirmed that he was in no way affiliated with the currency — other than in name — but the former congressman from Texas did speak glowingly about the proliferation of alternative currencies.

“…I have been advocating for a long time competing currencies because I’m not too high on our own currency, and I think alternative is a good method,” Paul told CNBC.

Paul cited cryptocurrencies as a check against the “abuse of government,” though Paul acknowledged he wasn’t familiar with the underlying technology.

“As long as there’s no fraud involved, I’m in favor of competition,” he said.

When pressed over concerns about volatility or what is backing the value of Bitcoin or other cryptocurrencies, Paul admitted those concerns were valid, but he also underscored the inherent instability of fiat currencies.

“I just don’t think the dollar is going to last. I don’t think any fiat currency lasts forever. They all self-destruct. Right now, the world is engulfed with fiat currency; they’re all paper currencies. That’s one of the other reasons the dollar holds up: What are you competing against, the euro and the yen? The competition out there isn’t any good.”