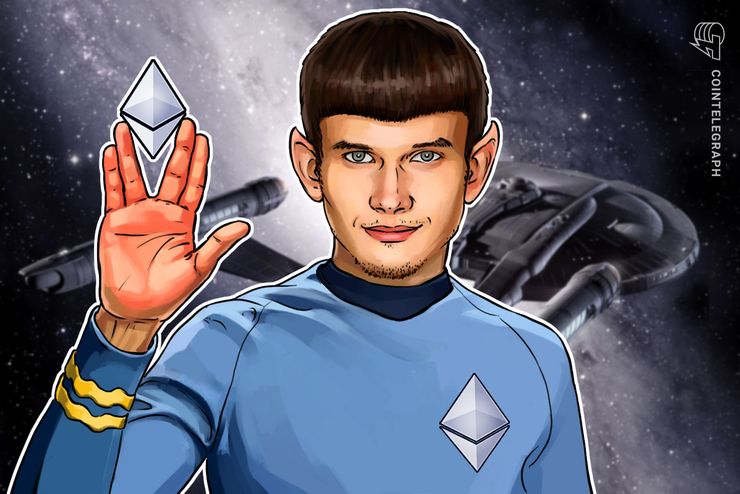 Shatner is a Canadian actor who became a sci-fi icon for his portrayal of James T. Kirk, captain of the USS Enterprise, in the American television series Star Trek. Since then, the actor has become arguably equally as well-known for his role in television commercials as the Priceline Pitchman.

The former spaceship captain turned Priceline spokesman has an audience of around 2.52 million followers on Twitter.

At the outset, Shatner’s thumbs-up Tweet provoked an antagonistic response from crypto Twitter user “premine apologist,” who denounced Ethereum (ETH) co-founder Vitalik Buterin as a “literal scammer” for his alleged failure to ensure full decentralization on the network.

Shatner quipped to “premine apologist”: “as a coder — go develop your own blockchain technology where you can be 1000% sure of decentralization. Or shove money in a mattress. I hear that’s only overseen by the bed bug community.”

Shatner then proceeded to show fluency with blockchain tech, saying of user “premine apologist” that:

“His viewpoints don’t take into account the fact that the code has to be audited by an auditing firm and approved by consortium or it doesn’t get accepted.

Shatner’s tweet won him kudos in the crypto community, with one commentator lauding him for “listing ERC standards in order to school a crypto troll.”

For tribal Trekkies, the showdown between the eternal Kirk and Buterin’s critic provided material for jokes about sci-fi and blockchain, with one user <a href="https://twitter.com/CryptoHolon/status/1060272923859136512" rel="nofollow,noopener" target="_b