The prosecutor for the Silk Road case says that the fiat-dominated financial system is inept at tackling the very thing it purports to worry about when it comes to Bitcoin.

“The financial services industry is spending $20 billion a year on AML and KYC. So I would ask you: is it even working? I don’t think it’s working” 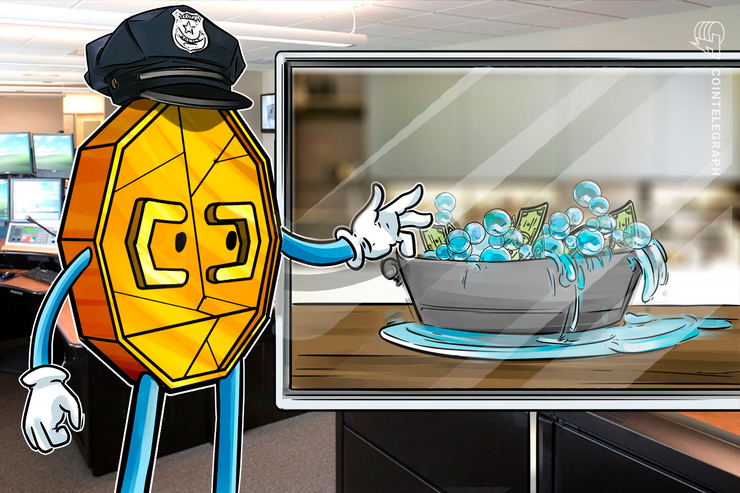 Kathryn Haun — a general partner at Andreesen Horowitz and the Justice Department's prosecutor for the infamous Silk Road case —- says that the fiat-dominated financial system is inept at tackling the very thing it purports to worry about when it comes to crypto.

In the traditional financial sector today, “99.9% of all money laundering crimes go unprosecuted,” she told anchor Kyle Bass, during an interview for Real Vision Classics on Oct. 22.

As someone whose career involved the takedown of one of the highest-profile criminal rackets in crypto industry history and established the first-ever crypto task force for the U.S. government, Haun is no stranger to regulators’ concerns about crypto and money laundering risks.

Yet she stressed the arguable absurdity of the defenders of the existing system emphasizing concerns over an issue that current approaches have proved to be wholly inept at preventing:

“Our current system is doing a pretty terrible job of it, I’d say. Let me tell you what I mean. 99.9% of all money laundering crimes go unprosecuted. I testified before the U.S. Senate about this, and the person who cited that statistic, other than Senator Chuck Grasley, was the ex-Treasury official. And I thought that can’t be right. But I researched it and indeed it’s true.”

“The financial services industry is spending $20 billion a year on AML [anti-money-laundering] and KYC [Know Your Customer checks],” she added, “so I would ask you: is it even working? I don’t think it’s working.”

From the perspective of AML, she said, when it comes to “moving to a decentralized system, I think we’re kidding ourselves if we think that’s going to change too much.”

Haun and Bass discussed the need to trace the flow of funds to combat illicit activities more broadly and the extent to which this justifies restricting the peer-to-peer flow of value transfer.

Bass noted that having a centralized financial system provides governments with greater leverage when it comes to bad sovereign actors, a power that cryptocurrency could diminish:

“ISIS had $2 billion, it’s a widely known secret that it’s held in Turkish banks and run by legitimate businessmen who decide to launder money. If the US is looking to sanction bad sovereign actions, we can actually make it really difficult for them to move significant amounts of capital today or do business with US banks.”

Haun responded that to the extent that one can accept that a given government’s authority is being exercised in good faith and for legitimate ends, this holds true:

“But I would also say, at what cost do you do that? You have 2 billion people in the world today who are unbanked, who have zero access to financial services.”