Actor Steven Seagal has been ordered by the SEC to pay back compensation he received for promoting Bitcoiin2Gen, which it considers to be an unlawful security offering.

Steven Seagal was charged by the SEC for promoting Bitcoiin2Gen, a 2018 ICO 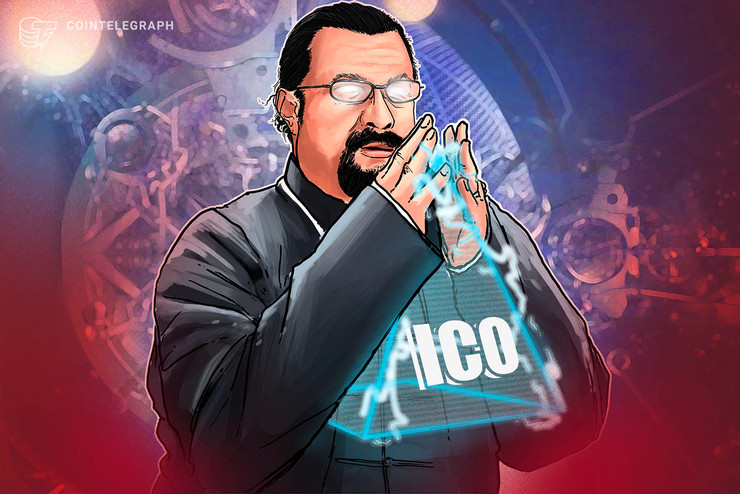 The Securities and Exchange Commission (SEC) has charged actor Steven Seagal for promoting an initial coin offering (ICO) without disclosing that he was paid for it. He was ordered to pay back over $330,000 to the commission.

In March 2018, Steven Seagal was contracted by ICO project “Bitcoiin2Gen” (B2G) to promote the sale on his social media channels, as well as appearing as a brand ambassador in the project’s marketing materials.

The actor agreed on settled charges with the commission, promising to pay approximately $330,000 to the commission. The sum corresponds to double the amount he received from the project, plus $16,000 of prejudgement interest.

The SEC specifically targeted Seagal for failing to disclose that his endorsement of the project was paid for, which is a direct circumvention of its regulations.

"Celebrities are not allowed to use their social media influence to tout securities without appropriately disclosing their compensation," noted Kristina Littman, Chief of the SEC Enforcement Division’s Cyber Unit.

The actor is known for several high-profile action films released between the late 80s and the early 2000s, including “Under Siege,” “The Patriot” and “Above the Law.”

Seagal is a Buddhist, claiming in 1997 to have been given the title of tulku — the reincarnation of the Buddhist lama — by a Buddhist high priest. For this reason, he was announced by the B2G project as a “Zen master.”

Seagal currently lives in Moscow, Russia, and he acquired both Serbian and Russian citizenship. In 2018 he became a special envoy of the Russian government to “promote friendly relations” with the United States.

In 2013, he was a special guest of Ramzan Kadyrov, the governor of the Chechen Autonomous Republic. Kadyrov is known for his strongman attitude and alleged human rights violations.