The proportion of people who trust big banks has fallen drastically since 2017, while the support for Bitcoin has exploded — millennials lead the way.

5602 Total views
124 Total shares
Listen to article
0:00
News
Own this piece of crypto history
Collect this article as NFT

The survey results are in — there is almost an equal split on the issue of trust: Bitcoin (BTC) or big banks. There has also been an incredible change in attitudes over the past three years on the issue.

Who trusts in Bitcoin?

The Tokenist surveyed 4,852 respondents in 17 countries about their attitudes towards Bitcoin. It also compared its findings with the responses from previous similar surveys. This allowed it to observe how these attitudes changed over time.

If you had to choose, which of the following is more trustworthy? Source: The Tokenist.

The winds of change

Not only is there almost an equal split, but when it comes to the millennials, they also tend to put more trust into Bitcoin. What is even more interesting is how this has changed since 2017. Back then, only 18% picked Bitcoin versus 82%, who chose big banks. Even in the millennial group, the split was highly unfavorable — 27/73. 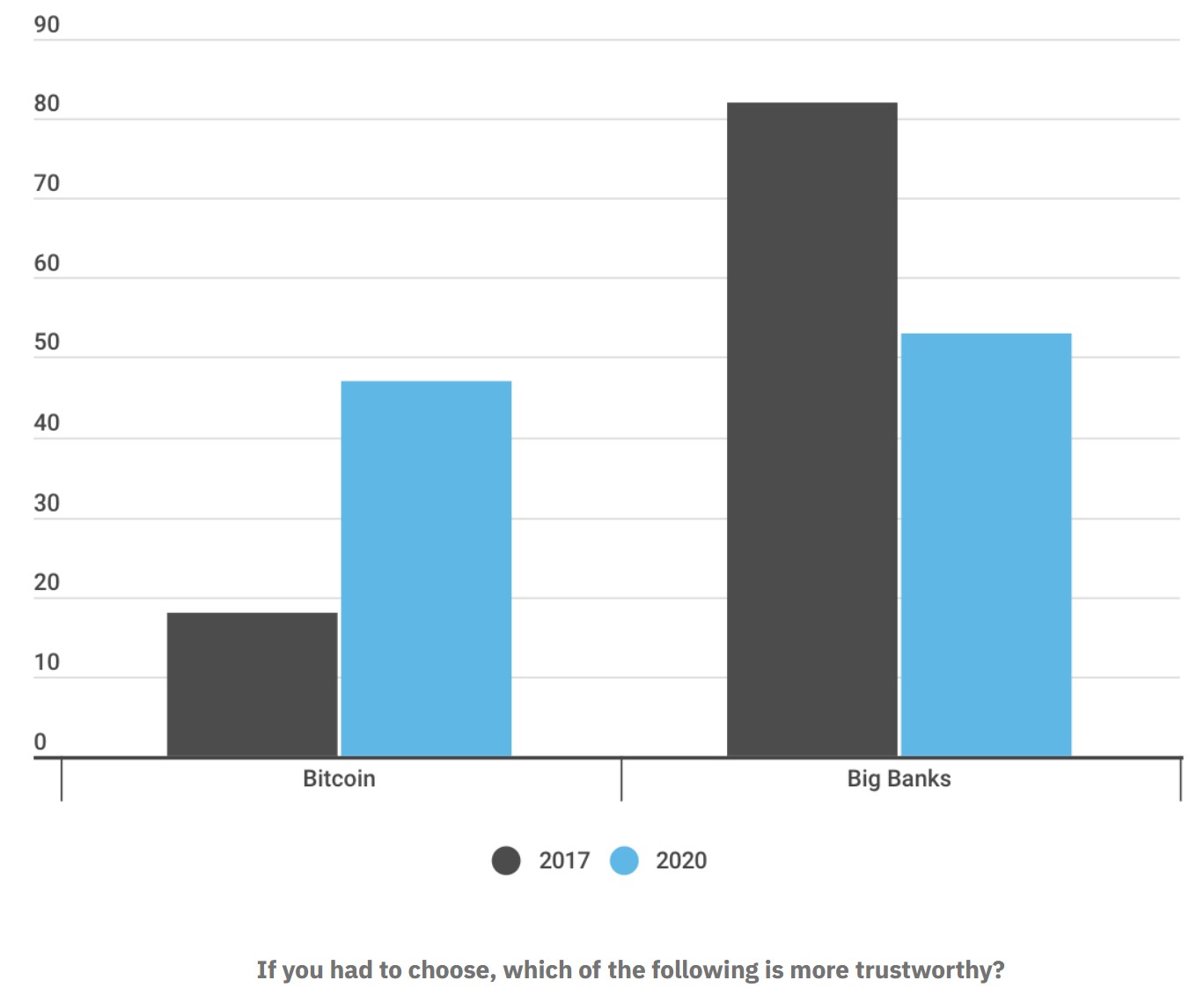 It should be noted that one would expect the respondents to The Tokenist survey to be skewed towards Bitcoin. However, the same was true for the baseline surveys.

It may be fair to speculate that this change in the zeitgeist will translate into growth within the crypto industry.