The question of whether Bitcoin can be considered “money” from both a legal and tax perspective in the United States has been in the news a great deal recently. The latest chapter comes again from Texas and Federal Magistrate Judge Amos L. Mazzant. 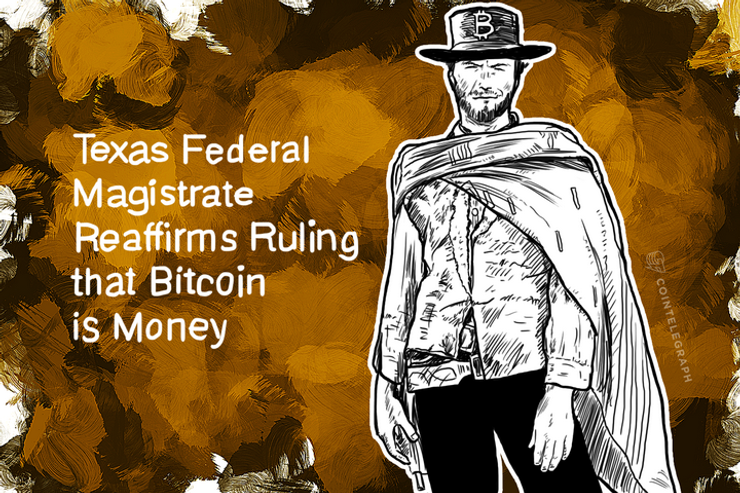 The question of whether Bitcoin can be considered “money” from both a legal and tax perspective in the United States has been in the news a great deal recently, especially with multiple Judges ruling that Bitcoin was indeed money and the Internal Revenue Service (IRS) seeming to contradict the courts with a stance that deems Bitcoin as property. The latest chapter comes again from Texas and Federal Magistrate Judge Amos L. Mazzant.

The case was filed against Bitcoin Savings & Trust founder Trendon T. Shavers, who is accused by Federal prosecutors of running a Ponzi scheme using Bitcoin.

Shavers is represented by Franklin Jason Seibert of FJ Seibert LLC in U.S. Securities and Exchange Commission v. Trendon T. Shavers et al., case number 4:13-cv-00416, in the United States District Court for the Eastern District of Texas.  The SEC is being represented by Jessica B McGee and Philip Moustakis. Moustakis has been active on Bitcointalk.org encouraging members of the community to get involved in the case.

Shavers is being accused by the SEC of using investment money from new investors to pay off interest payments for older investors in what seems to be a classic Ponzi scheme. The charges also claim that Shavers had been transferring investors’ money into his own personal day trading accounts.

According to the complaint he was able to collect more than 700,000 bitcoins worth more than US$4 million (based on average value during company operations).  Shaver’s defense is based on two rulings. The first was the recent IRS ruling that Bitcoin is classified as property for tax purposes. The second was the Texas Department of Banking in April 2014 allegedly rejecting Bitcoin as money or an enforceable claim in court in April of 2014.

The defense argues that since Bitcoin is considered property by the IRS and “property” is not part of current law with respect to Ponzi schemes, then his activities were perfectly legal. The Magistrate disagreed however, saying in his order that:

“In twenty-three places throughout the IRS code, money is referred to as property. In fact, the IRS definition and guidance seem to point the court towards the similarities between money and bitcoin for federal tax purposes.”

He also ruled that The Texas Department of Banking’s ruling only applied to the licensing of money exchangers that did not meet the federal definition money exchangers, which is limited to businesses dealing in legal tender.

The defense has the option to appeal this decision to a District Judge and after that, it is likely that the case will go to the Fifth Circuit in New Orleans since there are at least two other similar cases already in the federal court system.

Cointelegraph asked Edmund Moy, 38th Director of the United States Mint to comment on the Magistrates decision.  His comments follow:

“What the judge is saying is that judges determine whether a law was violated. In the case of Bitcoin, there is no federal law that specifically mentions bitcoin, let alone defines it. Lacking a Bitcoin federal law, regulatory agencies can then regulate the aspect of Bitcoin that is consistent with the federal law that created that regulatory agency.  Therefore, the IRS sees Bitcoin as a taxable event, the CFTC as a commodity, the FEC as a campaign donation, the SEC as an investment, etc.

And while the IRS has said that Bitcoin meets their definition of property, it hasn’t opined on whether it meets the IRS definition of money. That doesn’t mean Bitcoin is not money, it just means the IRS is currently silent on the issue.”