The bank’s denial was prompted by an earlier post on social media dated June 5, when the bank’s official Twitter handle had responded to a user’s question regarding XRP and revealed ostensible plans to announce details of an unspecified “XRP system [...] soon.”

With the June 5 tweet having since been deleted, SCB today has firmly stated that: 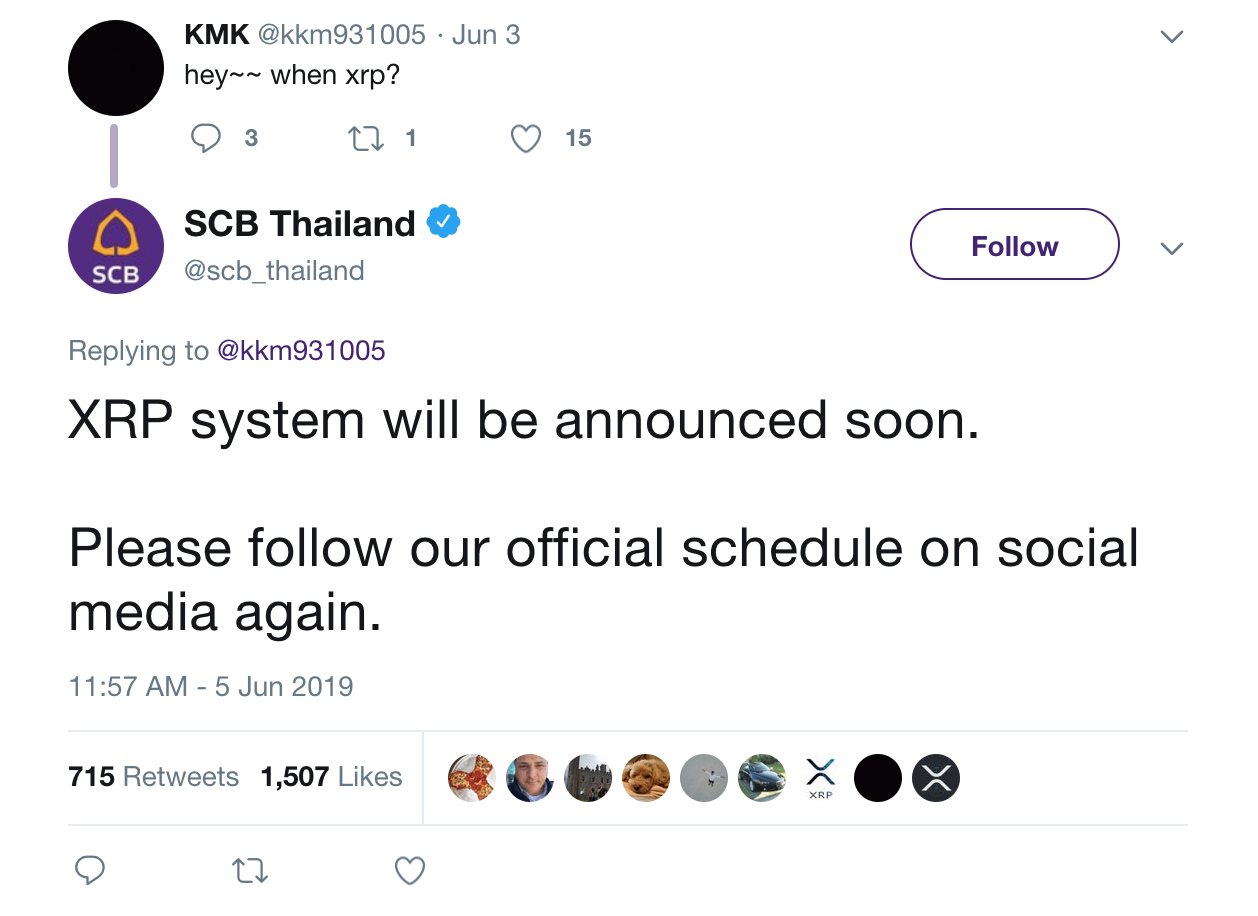 Notwithstanding SCB’s conflicting signals this week, the bank has in fact undertaken several blockchain-related initiatives to date. In April, SCB and Thai state oil company PTT Exploration and Production Public Company Limited performed a successful test of blockchain’s use for cross-border business-to-business payments.

While SCB’s official announcement at the time of the pilot did not specify the use of Ripple technology, the bank is reported to be a part of the RippleNet payment network.

In September 2018, SCB had pioneered RippleNet’s multi-hop feature, which allows for the settlement of payments on behalf of other financial institutions present on the network.