As the European Drug Report 2016 comes out, Cointelegraph speaks to Peter Todd about Monero, the decriminalization of Bitcoin and the right to protect one’s privacy. 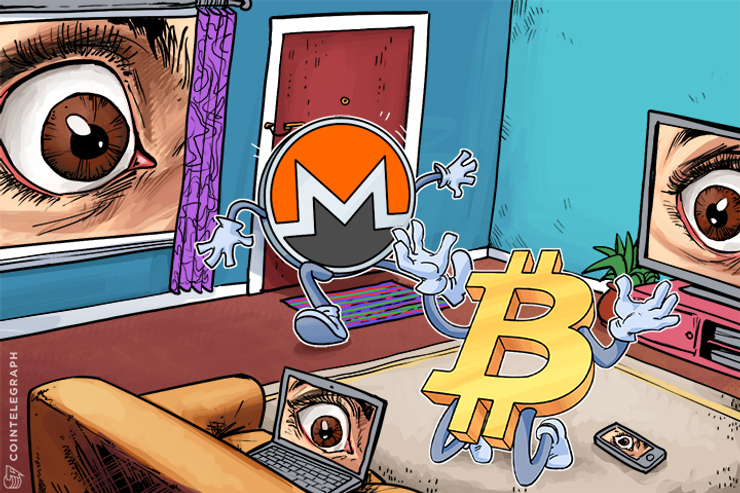 For security agencies like the FBI there is no difference between Bitcoin and Monero regarding their use in the crypto market or the dark web, says Bitcoin Core Developer and Advisor to Coinkite, Peter Todd, to Cointelegraph. All they want is “zero security systems with zero privacy.”

“I will even word that a little differently: these people will only be happy when we have zero privacy security. Good security should give you good privacy - they're not separate concepts.”

Todd’s view comes in the wake of a report by the European Monitoring Centre for Drugs and Drug Addiction saying that the anonymous use of Bitcoin and other cryptocurrencies allows for the purchasing of illegal items such as drugs or weapons. However, the payment may be traced and lead to criminal charges. Thus, a range of strategies are used to hide users’ identities and conceal the physical locations of servers.

“These include anonymisation services such as Tor (The Onion Router) which hide a computer’s IP address when accessing the site; decentralised and relatively untraceable cryptocurrencies, such as Bitcoin and Litecoin, for making payments; and encrypted communication between market participants.”

Who is crypto’s bad boy - Bitcoin or Monero?

Todd says to Cointelegraph that the alleged use of Monero in dark web activities did not surprise him as it “definitely has a privacy advantage over Bitcoin.”

Compared to Monero, is Bitcoin anonymous to the extent that it could be used on the dark web for illicit drug dealings considering the past experience with, for example, Silk Road?

Todd points out that there's strong evidence that the "dark web" has made the illegal drug industry quite a bit safer by providing mechanisms to enforce contracts and evaluate reputations other than violence, as well as allowing participants to avoid physical interactions.

So, to him, the idea that this is a bad thing is controversial. “Regardless, of course, illegal drug market participants will use secure technologies - why wouldn't they?” asks Todd.

Pretty much everything and everyone is under scrutiny

Todd downplays the view that Monero could draw law enforcement agencies' attention which could lead to unnecessary scrutiny.

“Even Apple is under intense scrutiny from law enforcement. Being under scrutiny is anything that suggests you're Margarita. Should this be NOT doing your job right? doing your job right when you are in the security software business. Equally, it's important to note that for the crime of money laundering, anonymous cash isn't actually what you want: the purpose of money laundering is to create fake backstories for illegal gains, something anonymous cash doesn't help you with.”

The Bitcoin community should help protect users’ freedoms and rights

Responding to a question on whether such reports and links with the dark web will be a taint on Bitcoin’s image as it grows in value and pattern of use when compared to other cryptocurrencies, Todd surmises that not everyone shares the same values.

“Providing good privacy security may be a "taint on the image of Bitcoin" to some, but then again, some people - notably the Director of the FBI - think Apple's image is tainted by providing their users good security for their instant messages. Equally, some people think the fact that my country’s prime minister has gone to gay pride parades is a "taint on the image of Canada."

He urged the extremely diverse Bitcoin community to design systems which protect users and help protect their freedoms and rights. They should also optimise for the fact that the vast majority of people aren't criminals, and shouldn't have their security compromised to catch an insignificant minority.