Both the traditional markets and the crypto markets have experienced large falls today, with the Dow Jones hitting its lowest point in 6 and a half years with no reported cause.

Update Feb. 6: earlier version of this article incorrectly stated that Dow Jones Industrial Average dropped to its lowest point since 2011 on Feb. 5. The article has been updated to reflect the correct information.

The Dow Jones Industrial Average dropped more than 1,100 points Monday, Feb. 5 experiencing its largest intraday drop since 2011, while Bitcoin (BTC) also dipped below $7000 for the first time since November.

The market dive took place around 2:40 pm EST, with reported trading volume at almost double the 30-day average, according to Bloomberg. While CNBC reported that no “particular piece of news” caused the market to fall, an unfounded fear about rising interest rates could have been a factor, although government bonds were actually lower today. 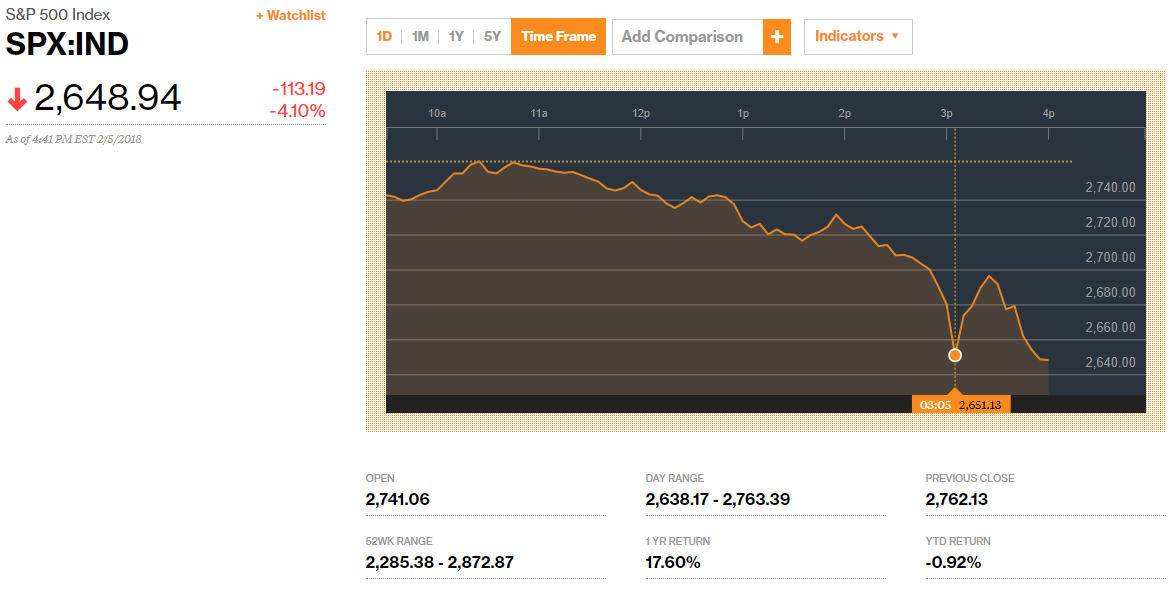 The crypto market experienced a similar sharp decline, with 98 out of the top 100 coins listed on CoinMarketCap in the red at press time.

The decline in the crypto market could be attributed to China’s ban of foreign crypto exchanges and ICO websites reported earlier today. 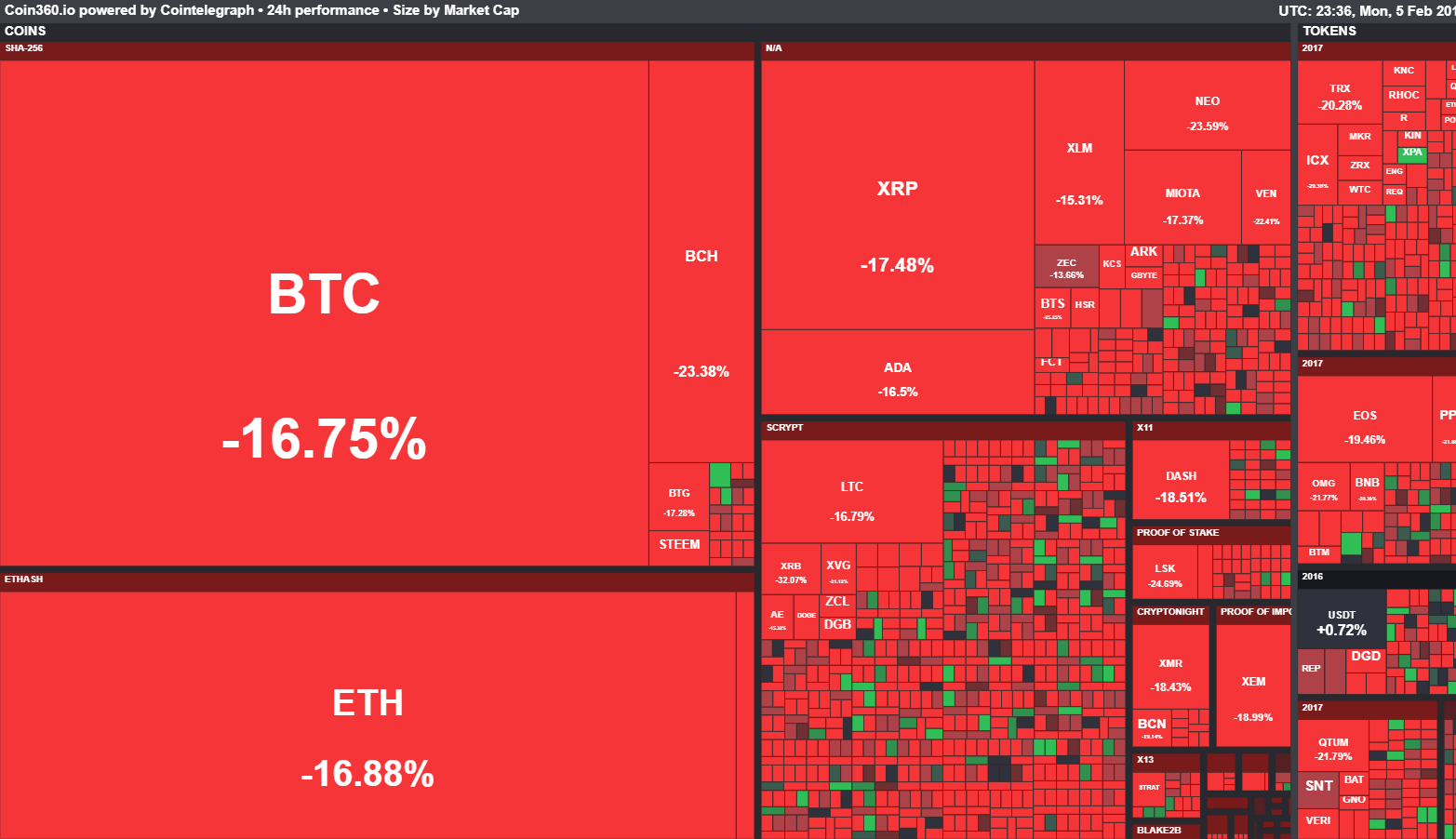 A little after 3:00 pm EST, around the same time as the traditional market took its dive, the total cryptocurrency market cap hit around $310 bln, according to CoinMarketCap data. The total market cap is now around $330 bln by press time.

The crypto markets had been relatively steadily falling ever since BTC’s December 2017 high of $20,000, but big proponents like John McAfee had been maintaining confidence in both Bitcoin and altcoins.

During today’s more drastic dip of both the traditional and crypto markets, McAfee tweeted a graph of the past January dips of Bitcoin, writing that “Bitcoin does this every year at this time”:

OK ... You are a hard sell crowd. Then let me show you a different perspective. Bitcoin does this every year at this time: pic.twitter.com/mtMPQW0Hns