Bitcoin hit a new multi-month low on Monday, Feb. 5 by dropping below $7,000 for the first time since mid-November 2017.

According to Cointelegraph’s price index, BTC reached as low as $ 6,661.51 on Monday, losing at least 11 percent of value in the 24 hours to press time, and about 60 percent over the last 30 days. 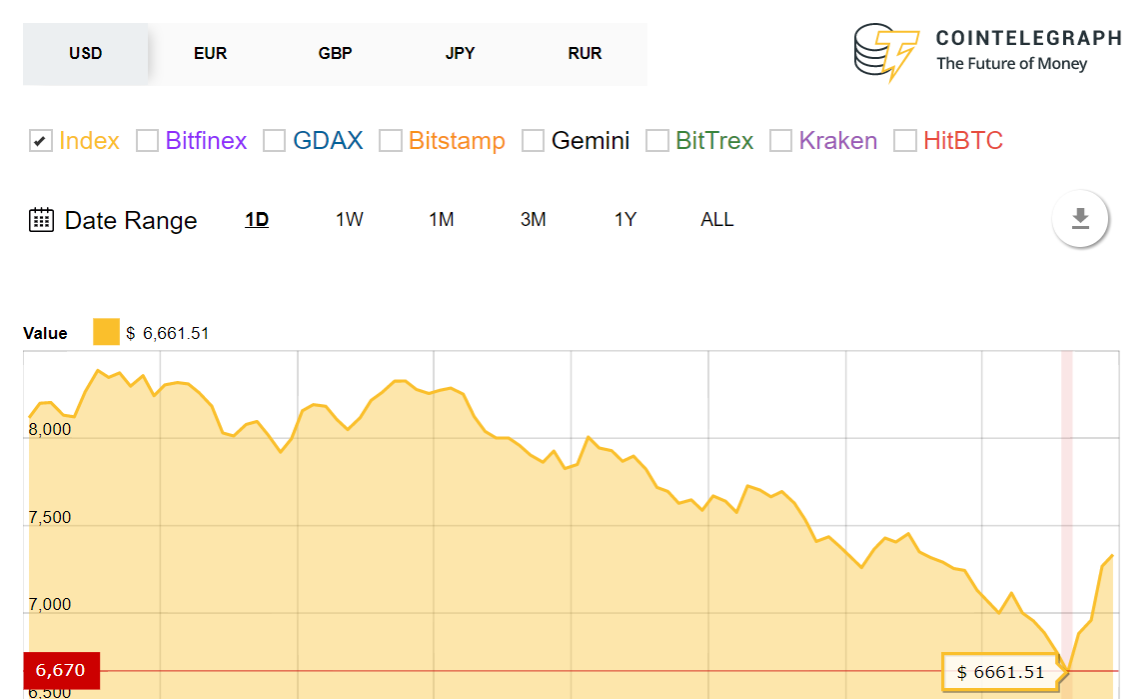 The sharp drop of Bitcoin was mimicked by the prices of altcoins, with the top 50 coins losing up to 31 percent of value over the last 24 hours. Ethereum (ETH) experienced a decrease of about 11 percent, while Bitcoin Cash (BCH) and NEO dipped 17 and 16 percent respectively.

The latest cryptocurrency market decline has likely been caused in large part by the recent news from China that all foreign cryptocurrency exchanges are to be banned by the People’s Bank of China (PBoC).