A report from the U.K. Cryptoassets Taskforce has proposed new regulations for cryptocurrencies, particularly on CFDs and futures that reference cryptoassets

The U.K. Cryptoassets Taskforce has released a report Oct. 29 that proposes some changes for cryptocurrency regulation and raises concerns over how digital assets are traded and used.

Launched in March, the Cryptoassets Taskforce is made up of of the Bank of England (BOE) and the Financial Conduct Authority (FCA) and is charged to regulate and support crypto technologies.

Since there is no widely agreed definition of a cryptoasset and given that cryptoassets significantly vary in the rights they provide to their holders, the Taskforce has developed a framework that considers three types of cryptoassets. Those include cryptoassets used as a means of exchange, for investment, and to support capital raising and development of decentralized networks through Initial Coin Offerings (ICOs). 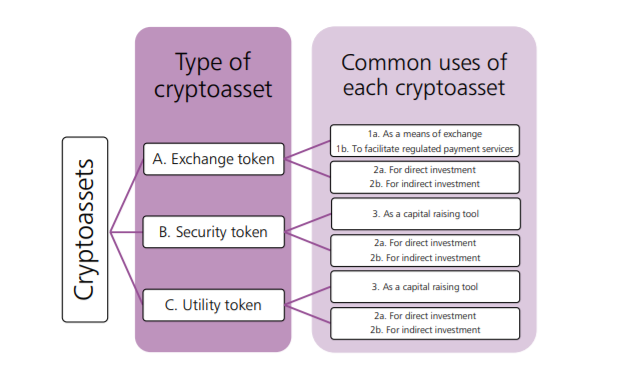 Per the report, cryptoassets used as a means of exchange can not be recognized as a currency or money due to high volatility, poor acceptance as means of exchange, and failure of use as a unit of account. However, the agency notes that cryptoasset deployment can allow more efficient and cheaper transactions thanks the elimination of intermediaries in the future.

When used as an investment, cryptoassets can reportedly have the potential to widen access to new investment opportunities, though in the current market state, it can expose consumers to inappropriate levels of risks, including risks associated with illicit activity, the report says.

Regarding ICOs, the agency has concluded that they have the potential to present a number of opportunities, including supporting innovation and competition, improving efficiency, addressing financing gaps, and building a new investor and customer base.

Cryptocurrency contracts for difference (CFDs) and futures can, per the report, cause losses which can subsequently be intensified by product fees such as financing costs and spreads, and lack of transparency in the price establishment of the underlying cryptoasset. In this respect, the FCA proposes the following prohibition:

“Given concerns identified around consumer protection and market integrity in these markets, the FCA will consult on a prohibition of the sale to retail consumers of all derivatives referencing exchange tokens such as Bitcoin (BTC), including CFDs, futures, options and transferable securities. The proposed prohibition would not cover derivatives referencing cryptoassets that qualify as securities, however CFDs on securities would remain subject to [the European Security and Market Authority’s] temporary restrictions and any future FCA proposals to implement permanent measures in relation to CFDs.”

Further, the FSA will reportedly not authorize the listing of transferable securities or a fund that references to exchange tokens unless it has confidence in the integrity of the underlying market and compliance with other regulatory criteria.

Though the Taskforce has indicated that cryproassets pose a range of risks to consumers, market integrity due to manipulation, and other market-abuse issues, it also notes that the situation may change in the future.

The agency proposes Financial Promotions rules applying to regulated firms, which would give a “balanced impression” of the product or service, while not disguising and diminishing important warning statements.

Earlier today, a joint report from the British Business Federation Authority (BBFA), venture capital fund Novum Insights, and cryptocurrency exchange TodaQ urged caution about overly strict regulation in the U.K. The report says that “bad regulation is worse than no regulation at all,” with the implication of knock-on effects for the wider U.K. fintech scene.