Britain could become a leader in blockchain technology and the crypto economy, according to a new report.

The UK has all the resources to become a blockchain and crypto leader by 2022, new report says 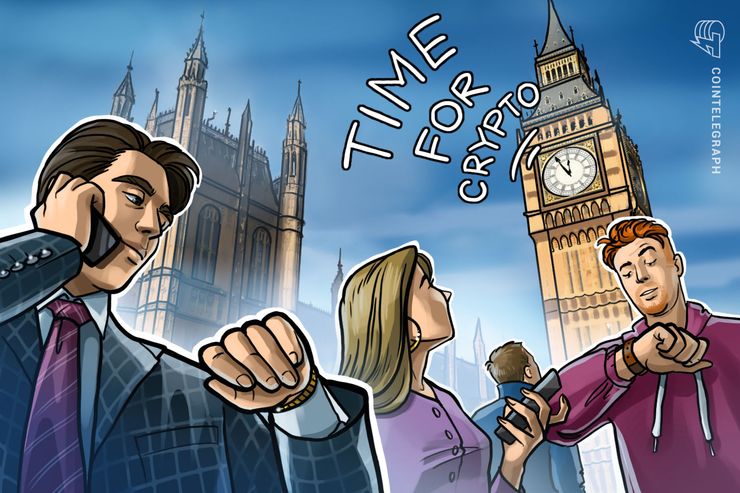 A new report states the UK has the potential to become a leader in blockchain technology and the crypto economy by 2022, The Guardian reported July 16.

The new report was conducted by the Big Innovation Centre, DAG Global, and Deep Knowledge Analytics, all companies aimed to connect business, academic, and public agencies to provide insights on new innovative technologies. According to the group’s analysis, Britain has the governmental, technological, and industrial resources to become a leader in the crypto economic ecosystem  and a global hub for the development of blockchain technology within the next few years.

The report states that more than £500 million in investments were made into British blockchain companies in 2017-2018.  The study’s authors consider the blockchain industry to still be in the early stages of development globally, leaving open the potential for Britain’s leadership.

Birgitte Andersen, chief executive of the Big Innovation Centre, told the Guardian that the UK parliament sees promise in blockchain technology and “has shown commitment to support the accelerated development of the digital economy via a variety of government initiatives.”

Sean Kiernan, the chief executive of DAG Global, predicts that the gap between Britain’s traditional and crypto economies will “lessen and eventually disappear” within the next few years, adding:

“The UK is a major global financial hub and in recent years has become a fintech leader as well. At the same time, it is starting to demonstrate significant potential to become a leader in blockchain technologies and the crypto economy.”

This report is not the first one that predicts the global transformation of the crypto economy. A recent study conducted by the Imperial College London and U.K. trading platform eToro found that cryptocurrencies have the potential to become a mainstream means of payment in the near future, as Cointelegraph reported July 9.

Meanwhile, the UK is taking steps towards implementing blockchain-based technologies both in the public and private spheres. A group of professors from Oxford are looking to create the world’s first “blockchain university,” with the goal of democratizing the traditional structure of higher education, Cointelegraph reported June 14. Previously, the National Archives of the UK revealed that it was considering adopting blockchain tech to create immutable entries for digital records

UK governors and politicians have also been publically promoting blockchain technology recently. As Cointelegraph reported July 4, housing minister Eddie Hughes has called on the country’s leaders to make blockchain development for government a priority “to enable social freedom, to increase efficiency, and to rebuild societal trust.”