What’s Behind the Meteoric Rise of Chainlink?

We look at the data from Google and DeFi protocols to uncover what’s behind the inexorable rise of LINK.

42448 Total views
74 Total shares
Listen to article
0:00
News
Own this piece of history

Chainlink's LINK token has experienced a meteoric rise this year, becoming a top-five crypto asset by market capitalization. We took a look at the data from the decentralized finance space as well as Google to help explain this phenomenon.

In the past 24 hours, Chainlink has seen another massive rise of 30% (alongside other DeFi tokens such as SNX and MKR), which seems tied to demand from yield farmers trying to get their hands on YAM tokens with the much hyped new protocol. 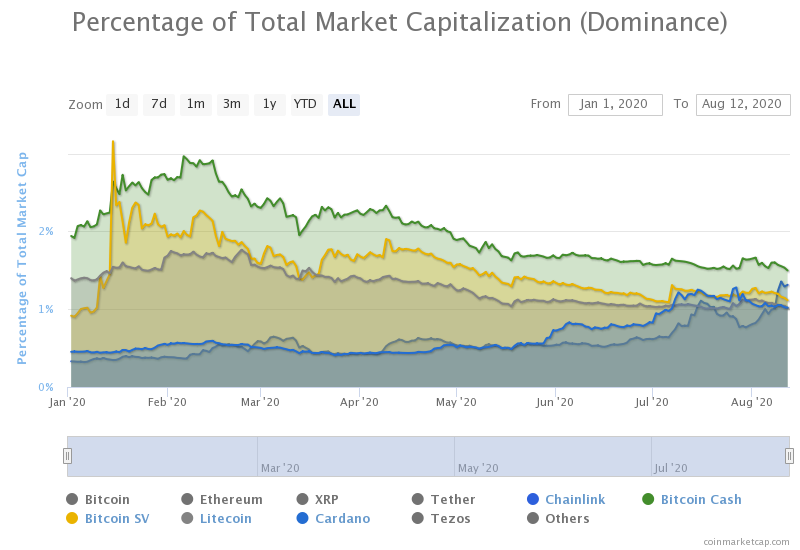 The battle for the number five spot in 2020 has been waged between Bitcoin Cash (BCH), Bitcoin SV (BSV), Litecoin (LTC), Cardano (ADA) and LINK, the latter entering the year well behind the other competitors. However, LINK kept on rising throughout the year, finally, climbing to the fifth spot as of the time of this writing.

Chainlink has been making partnership and integration announcements nonstop throughout the year, although adversity is no stranger to its path. There was a dubious report penned by Zeus Capital that called Chainlink a scam and crypto’s version of Wirecard. Zeus also claimed that it was building a short position in LINK with a 99% profit target.

The success of the oracle project has also prompted additional competition. Earlier today, it was announced that a major crypto exchange OKEx is getting into the oracle game. Despite competition and critics, the token price continues to rise. Why? 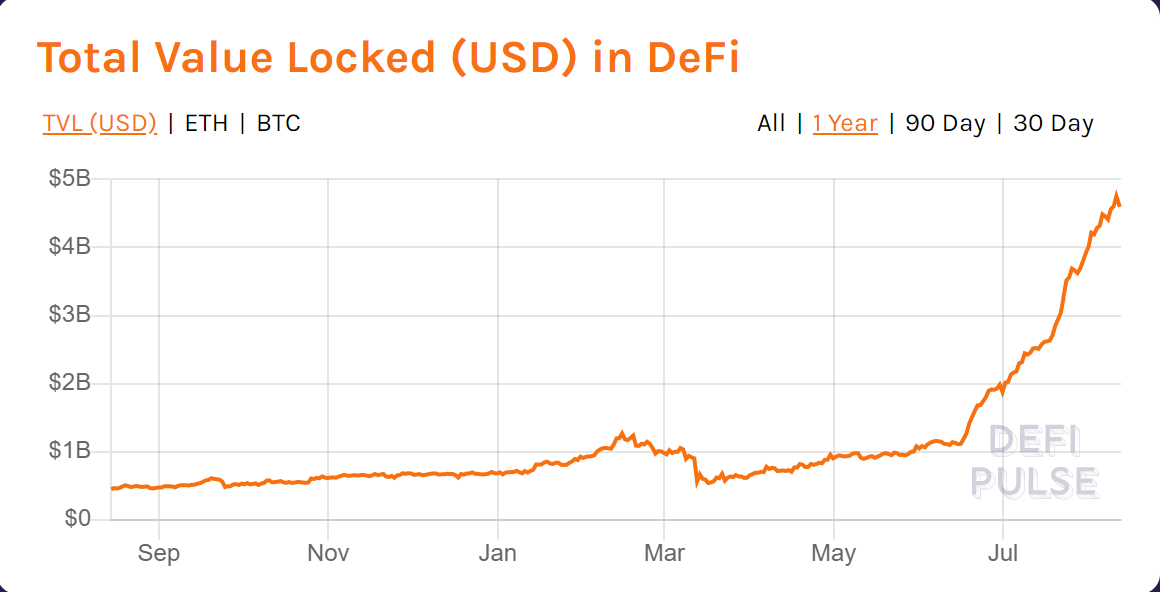 The decentralized finance space has been all the rage in the crypto world this year, with some comparing it to the ICO bubble. The total Ether (ETH) value locked in DeFi has exploded from just over $1 billion in mid-June to over $4.5 billion by early August.

Most, if not all DeFi applications require some sort of price data feed. A robust, preferably decentralized feed is essential to the prosperity and security of most DeFi apps. The lack of such feeds has led to a number of well-documented debacles. Since Chainlink is the best-known player in this space, it stands to win the most from the growth of the DeFi space.

Popular interest in Chainlink is at an all-time high in the United States and globally, according to data from Google Trends. The overall market sentiment plays an important role in crypto price dynamics. Interest in Bitcoin (BTC) peaked in late 2017 when its price reached an all-time high of $20,000, as captured by the same source.

Thus, two disparate data sources seem to at least partially explain LINK’s rise. When Framework Ventures co-founder and early Chainlink investor Michael Anderson told Cointelegraph in April that he expected LINK to rise above $25 in the near future, his prediction seemed detached from reality. The price of LINK at the time was hovering below $4. Today, it is closer to the forecasted value of $25 than to the price at the time when the forecast was made.