Will Bitcoin Break $12,000? 4 Things to Know Heading Into the Weekend

Bitcoin and cryptocurrencies as a whole remain bullish as $12,000 comes into view once more as the markets head into the weekend.

15427 Total views
67 Total shares
Listen to article
0:00
Markets News
Own this piece of crypto history
Collect this article as NFT

This week, the Bitcoin and cryptocurrency market roared into Monday like a lion only to end the week more like a lamb. Going into the weekend, let’s take a look at the major developments that have shaped the past week and what can be expected for the price of Bitcoin during the weekend.

Bitcoin yet to clear $12K hurdle

Bitcoin (BTC) price tested its year-to-date high, briefly surging past $12,000 only to fall back down into the same mid-$11,000 range it has been stuck in for the better part of the past couple weeks.

Ether (ETH) also surged, along with Gas fees, largely on the back of DeFi growth and speculation. But the big story was a previously unknown token that shot astronomically higher only to fall back to earth almost as quickly.

Moving over the $12,000 hurdle was always seen as the key to Bitcoin retesting all-time highs. Overcoming the gauntlet of resistance levels between the $12,000-14,000 level would be followed by a vacuum all the way to record highs, some analysts believe.

Heading into the week, Bitcoin made a run at the $12K key psychological barrier. But despite leveraged interest, the lack of follow-through resulted in Bitcoin falling back below it. In turn, the market was forced to try again, in part helped by flat to minor positive perpetual funding rates.

Alongside the technical price rejection, it is worth noting that Ethereum transaction fees began to creep ever so higher and, in fact, over the subsequent day, the rise was such that transaction fees reached $6.04 on Wednesday night, the highest since 2015. 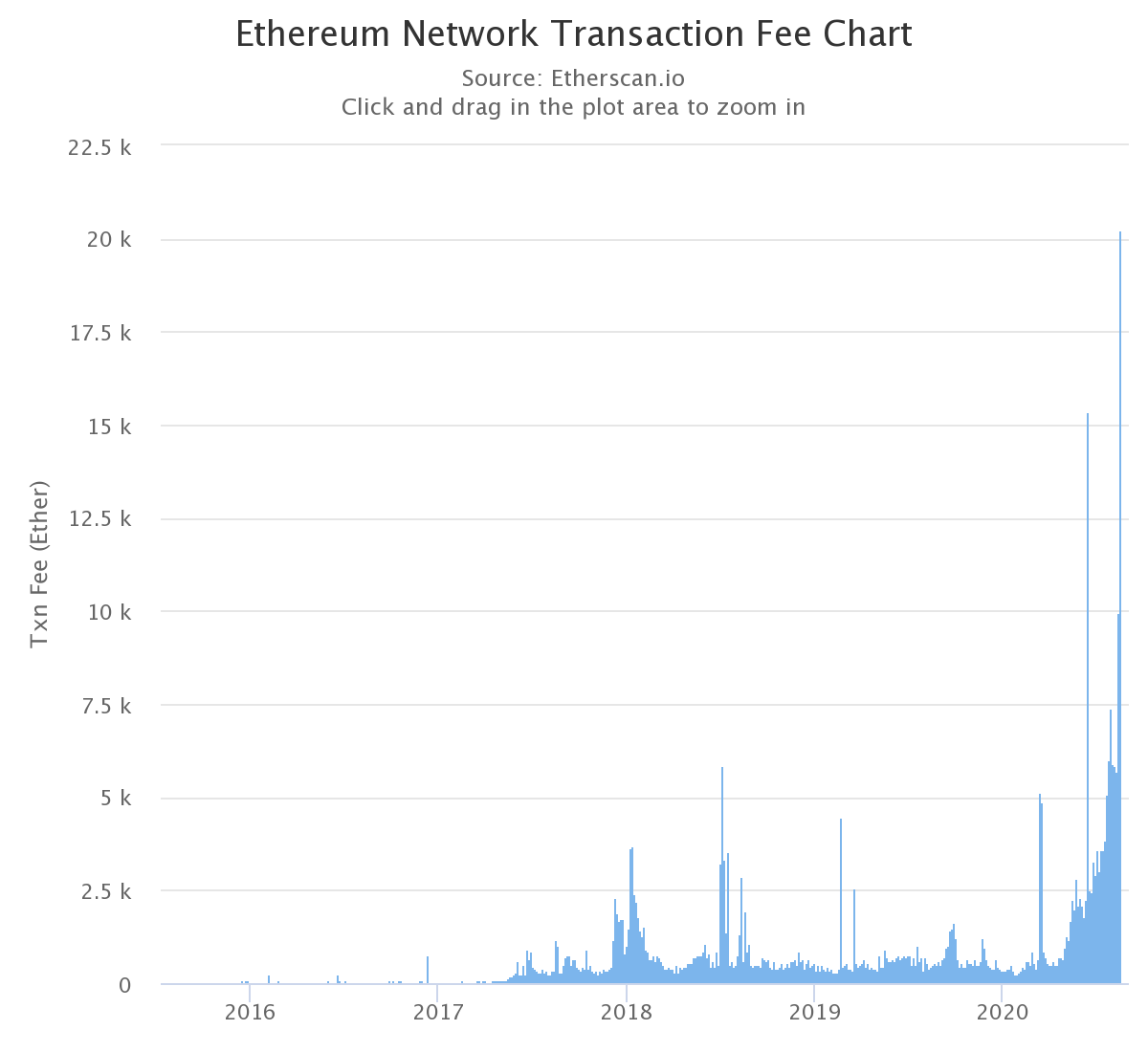 Various network upgrades are supposed to solve this issue or, at the very least, alleviate the immediate pressure, but these developments are believed to be months away.

Still, despite the aforementioned price swings, the in-vogue DeFi sector continued to grow from strength to strength and the total amount locked across the ecosystem remained largely unaffected by the swings in the secondary market.

In turn, this resilience and the appetite to take on risk to experiment with DeFi, AMM, and yield farming, as evidenced by the ongoing surge higher in the total amount of value locked across the DeFi ecosystem, pointed to strong dip-buying interest. 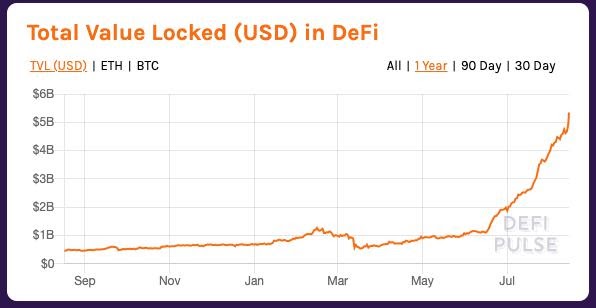 Strong dip-buying interest was subsequently confirmed over the following days when the initial unwind of bullish price expectations in the options market, as seen by the evolution of Bitcoin and Ethereum front-end options skew, was gradually retraced. 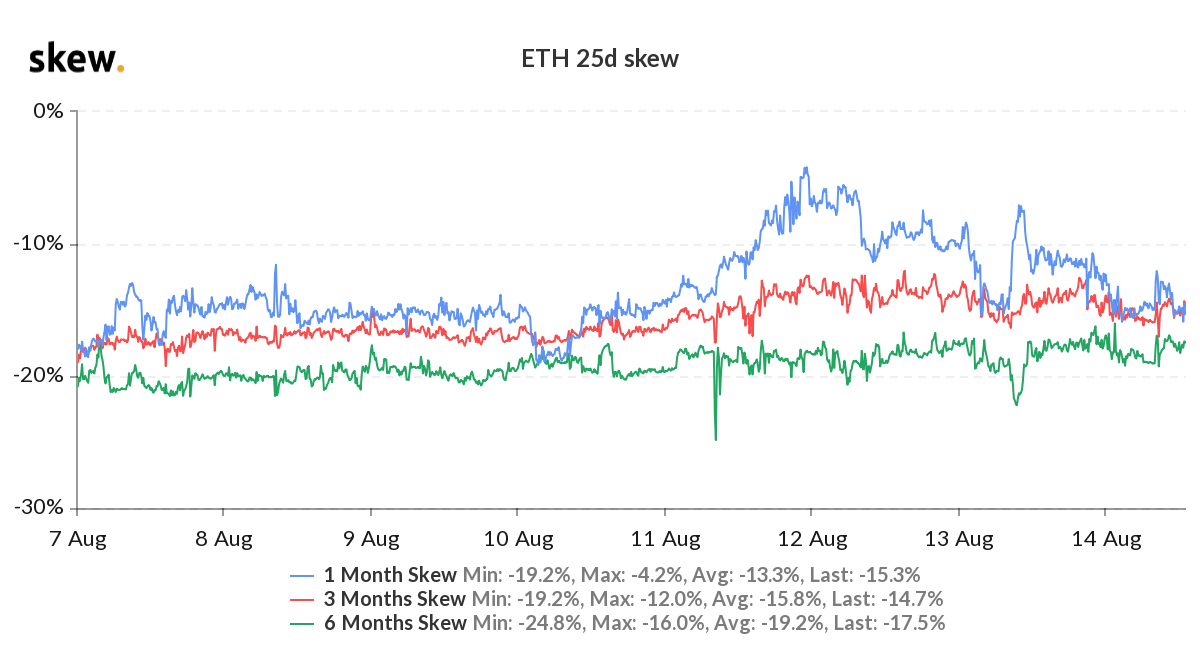 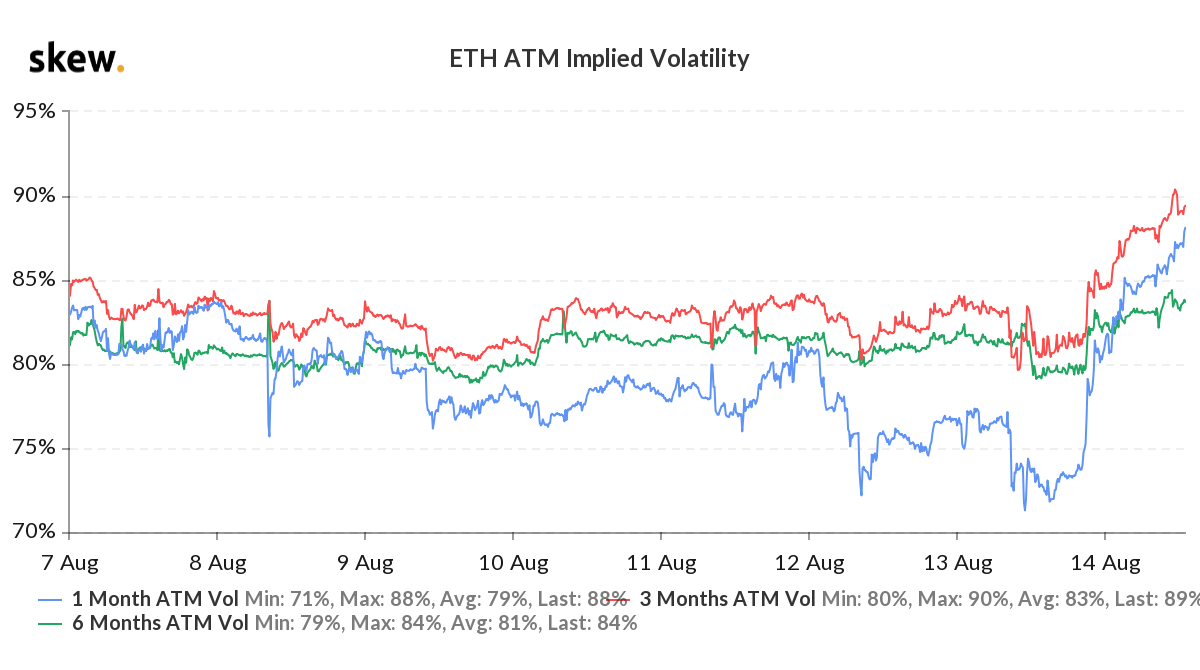 However, while the media focused on yet another round of price swings by Bitcoin and ETH, the real movement was in small-cap tokens, which outperformed large-cap counterparts by a ratio of 3:1.

The fast-growing world of DeFi is not without its risks and as well documented by CoinTelegraph earlier in the week, Yam Finance, an experimental DeFi protocol, made major headlines.

The Yam protocol initially gained steam as the second purely decentralized DeFi project after Yearn Finance. It deployed a decentralized governance model that enabled YAM holders to have a say across the protocol. Within 24 hours, nearly $500 million worth of capital was locked in only for it to soon crash back down to zero after the discovery of a rebase bug.

But most of the tokens that were used in Yam staking pools crashed after the bug occurred. Despite the harsh lesson and reminder of the high risks that are involved, the market staged a strong recovery.

Bitcoin was able to gradually recover into the $11,500 zone, but the total value locked on DeFi tracked near record highs.

Watch the Bitcoin and gold correlation

On a macro level, the one-month correlation between Bitcoin and gold has begun to grow closer by the day, climbing all the way to 68% before a slight correction.

However, caution is warranted before extrapolating the thesis from the above, as the more prudent measure, the three-month correlation coefficient currently sits at 15%.

It is also worth noting that while gold has advanced past $2,000 per ounce in the wake of rising uncertainty surrounding the ongoing monetary policy easing stance by the Federal Reserve and other central banks, continued uncertainty will make the correlation worth keeping an eye on for the foreseeable future.

Disclaimer. The views and opinions expressed here are solely those of the author and do not necessarily reflect the views of Cointelegraph. Every investment and trading move involves risk. You should conduct your own research when making a decision.