A correction in gold and silver prices coincides with a 3.45% drop in Bitcoin as its price fell below $11,500.

After an exciting weekly close that saw the price of Bitcoin (BTC) rally above the $12,000 mark for the second time this month, the digital asset has lost momentum and slipped below $11,500.

The former resistance level at $11,800 has again failed to function as support, and at the time of writing, Bitcoin's price has dropped below $11,600 to test the ascending trendline support at $11,550. 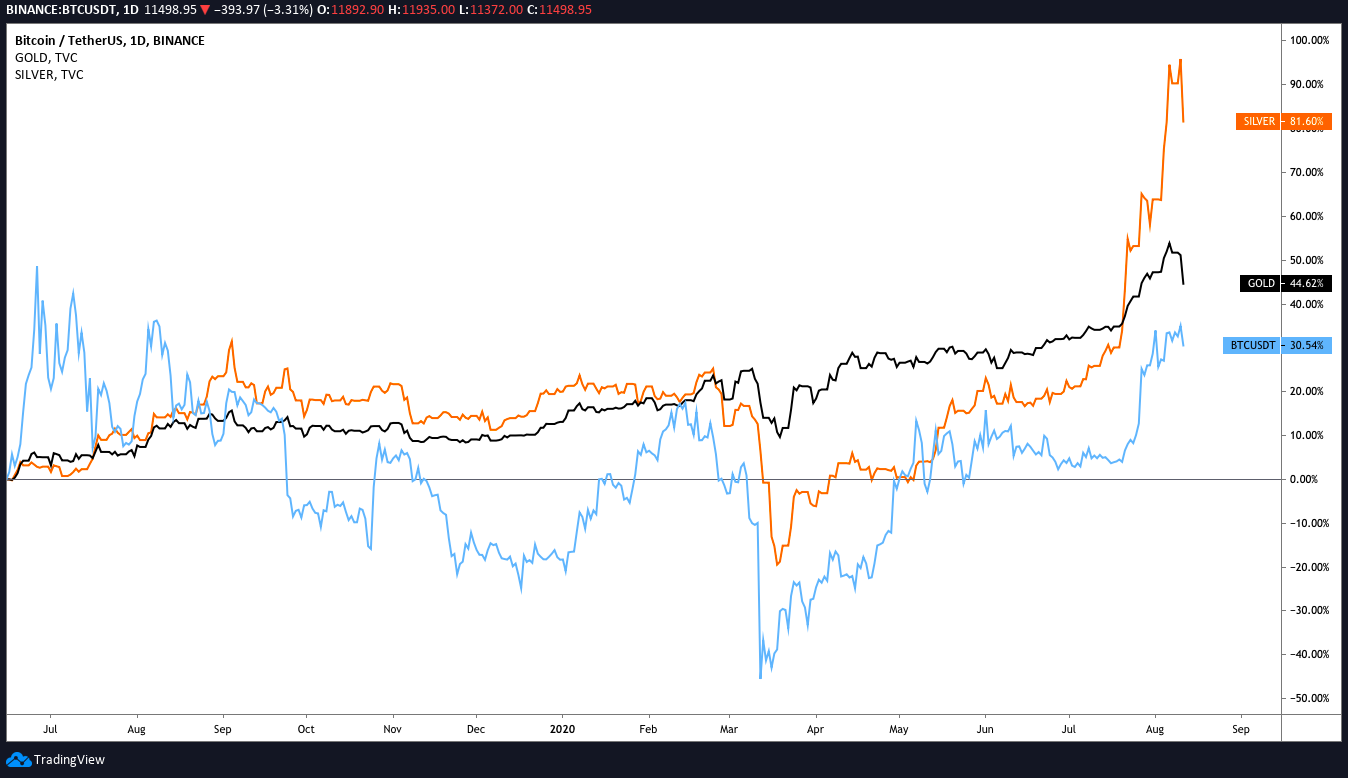 The price correlation between Bitcoin and gold is an oft-discussed topic among analysts, and through July, the price action between the two followed each other to new highs. Thus, it is not surprising that Bitcoin's price is now correcting alongside gold and silver.

Meanwhile, United States markets showed a strong open, with the S&P 500 this morning up by nine points and the Dow Jones Industrial Average up by 300. This comes after President Donald Trump signed an executive order extending federal pandemic relief benefits to furloughed and jobless Americans.

Last week, a breakdown in negotiations between U.S. lawmakers meant that the unemployment benefits expired, as did a moratorium on residence evictions, and some analysts feared this would negatively weigh on markets.

While gold, silver and Bitcoin appear to have reached a temporary top, investors might be interpreting Trump’s executive order and the expected second phase of economic stimulus as a sign that the Federal Reserve will continue to bolster the economy until the pandemic abates.

Whether or not this is strong enough to encourage investors to drop their hedge in gold, silver and Bitcoin is to be determined.

According to CoinMarketCap, the overall cryptocurrency market cap now stands at $354.2 billion. Bitcoin’s dominance index currently sits at 60.5%, the lowest value since the June 2019 price peak.