Cameron Winklevoss has joined those who consider that the Covid-19 pandemic will irrevocably change Bitcoin’s profile.

Bitcoin (BTC) will see a historic “inflection point” in its life thanks to coronavirus, says entrepreneur Cameron Winklevoss.

In a series of tweets on April 12, one-half of the Winklevoss twins who own cryptocurrency exchange Gemini, underlined the importance of Covid-19 for Bitcoin and its users.

“This pandemic will be an inflection point for Bitcoin and the Metaverse,” he wrote.

Telling followers to “hodl” their BTC, Winklevoss implied that Bitcoin’s public profile would undergo a metamorphosis under current conditions.

His optimism echoes that of various well-known industry figures. Bitcoin, they argue, was born out of the previous financial crisis, which economists have already said was less severe than that which will accompany coronavirus.

Markets have already appeared to confirm that theory. As Cointelegraph reported, unprecedented money printing only slowly buoyed the mood on stock markets, which did not bounce back immediately and remain at a loss year to date. 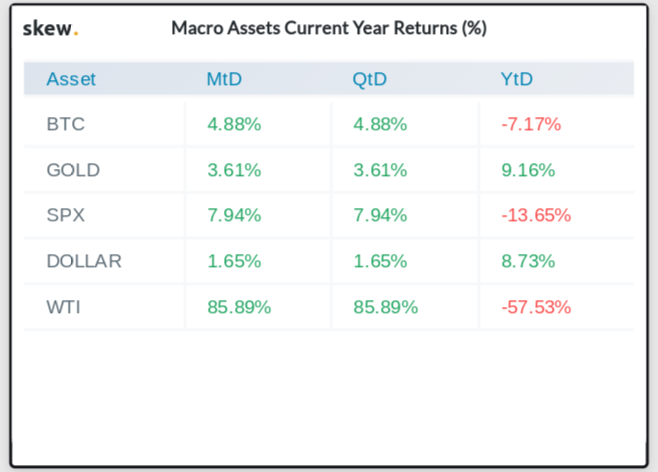 Oil, by contrast, staged a comeback this week after an agreement by OPEC+ countries to cut production by around 10%. Already, however, there are signs that this is not enough.

According to data from Bloomberg, oil’s so-called contango — a price structure that can signal oversupply in a commodity — has continued to rise despite the deal.

“The oversupply situation is just so large and the market’s interpretation of the deal is that it’s just not enough,” Andy Lipow, president of Lipow Oil Associates LLC, told the publication on Monday.

However, Bitcoin remains somewhat susceptible to moves on traditional markets, something analysts hope will continue to fade as attention focuses on next month’s block reward halving event.

BTC/USD, unlike oil, has never been as oversold as it is now in the run-up to a halving, statistics revealed this weekend. Bitcoin’s 12-month relative strength index, or RSI, is currently at lows only seen three times in its lifetime.