From dwindling numbers of Twitter users in Q1 to large-scale liquidations in 2019, reduced engagement has affected the price of XRP.

According to a quarterly report, online engagement towards XRP on Twitter fell in Q1 2020, while Ripple was forced to liquidate many of its holdings to stay cash flow positive.

The report, by social trading and investing platform eToro in partnership with analytics and finance management startup The Tie, indicates that the number of Twitter users discussing XRP fell by 16% in the first quarter of 2020. Meanwhile, the number of users in the “XRP Army” — supporters of the cryptocurrency — has declined 82% since January 2018.

This is not the first trouble XRP has had with online engagement. A Twitter user compiled a list of Telegram groups on April 15 which showed over 63% of @Ripple members had left since June 2018.

Though the connection between online activity and price across all cryptocurrencies isn’t definitive, The Tie’s research does show a correlation between XRP price and the number of Twitter users across Q1 2020. 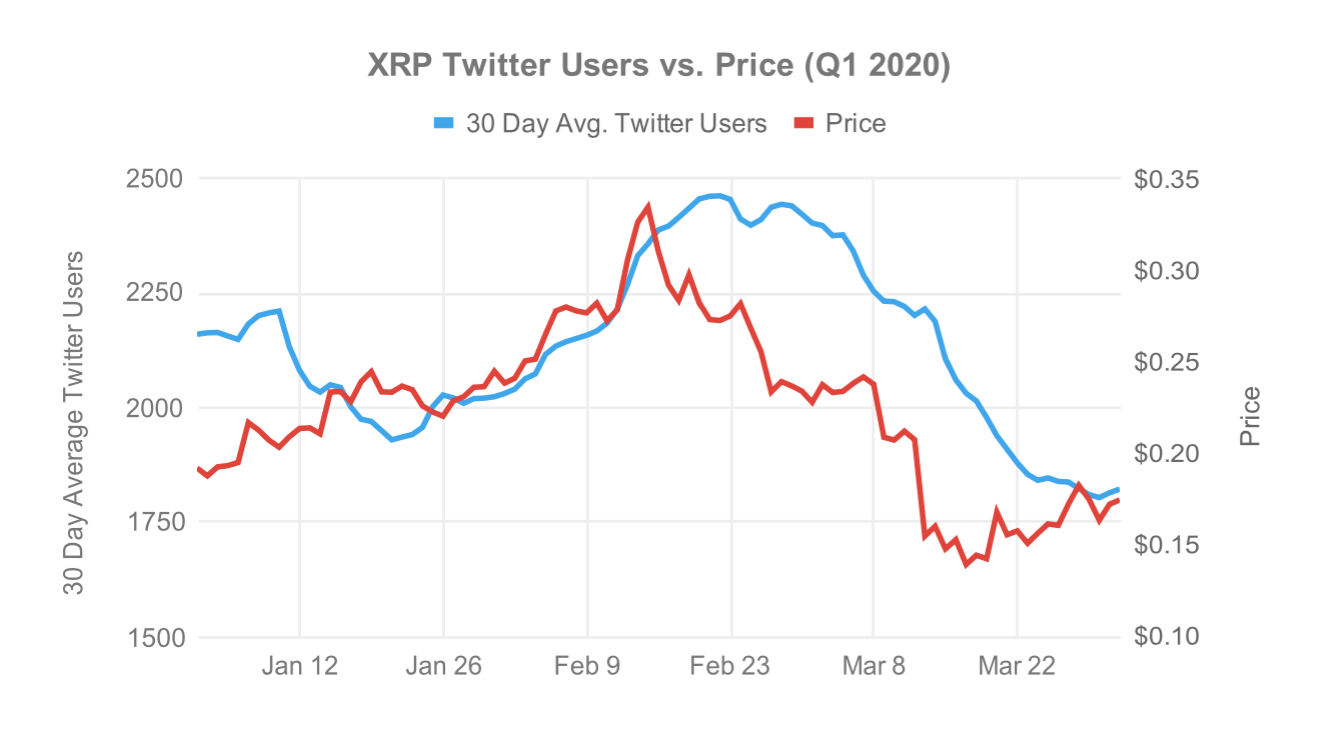 In the first quarter of 2020, XRP was overtaken in daily volume by up-and-coming token Chainlink (LINK), and came close to losing its No. 3 spot in the Top 10 to Tether (USDT) during the flash crash in mid-March.

Even before the crypto bloodbath — which hit nearly every token hard — XRP was considered the worst performing large cap token. The Tie report noted that the firm “relied on XRP liquidations to stay cash-flow positive” in 2019:

These liquidations may be related to a class-action lawsuit the company is currently facing in New York. CEO Brad Garlinghouse is personally accused of pushing the token to prospective investors while quietly cashing out his holdings.