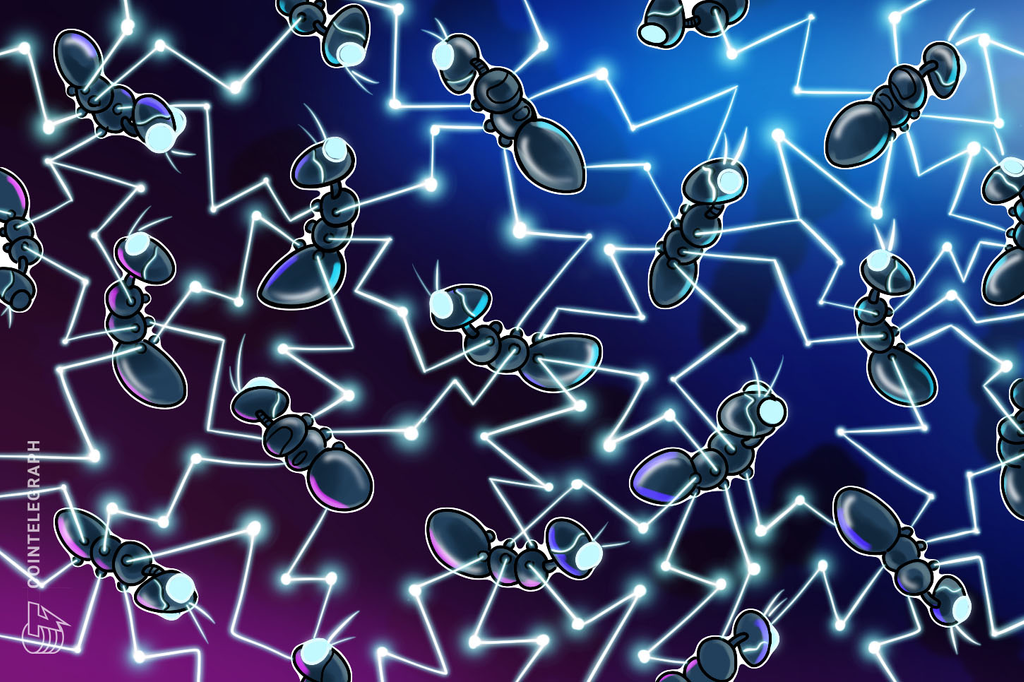 What is blockchain interoperability?

Are there any examples of why blockchain interoperability is important?

So, how it can be achieved?

What is blockchain interoperability?

The ability to share information across different blockchain networks, without restrictions.

It&rsquo;s been 10 years since the original blockchain was released. By now, the technology has reached mainstream users, and a large number of enterprises and government agents have at least considered the benefits of having a blockchain in an array of industries &mdash; from agriculture and real estate to health care and voting.

Consequently, dozens of new projects are emerging each year, competing with each other in the somewhat futile task of developing the &ldquo;best&rdquo; blockchain. Often, they would emphasize their product&rsquo;s alleged market readiness, arguing that it is secure, scalable and overall better compared to a supposed rival. Regardless of whether their claimed characteristics are true or not, those projects represent stand-alone, disconnected blockchains. They entail different ecosystems, hashing algorithms, consensus models and communities. As a result, the blockchain space is becoming increasingly siloed, and its core philosophical concept &mdash; the idea of decentralization &mdash; is being undermined.&nbsp;

Ethereum-centric development company ConsenSys has described this phenomenon as the &ldquo;balkanization&rdquo; of the crypto industry, as it involves &ldquo;a series of unconnected systems operating alongside, but siloed from each other &mdash; in the face of competition and commercial pressure.&rdquo; Blockchain interoperability, in turn, is the ability to exchange data between different blockchains seamlessly, as if there were no boundaries.

Because the crypto space has become highly competitive, some projects tend to put a lot of effort into beating their opponents&rsquo; numbers instead of focusing on the general infrastructure. The scalability race is a particularly good example. Originally tasked with the idea of topping BTC&rsquo;s insufficient performance &mdash; the original blockchain can handle just seven transactions per second (TPS), at best &mdash; various blockchain projects have eventually started to report numbers as high as 40,000 TPS.

In contrast, the estimated capacity of the Visa network is around 24,000 TPS, although it ostensibly only has to do just 1,700 transactions each second on average, despite the ever-present demand. Any blockchain, even the one for Bitcoin, is far from beating Visa in terms of engagement &mdash; hence, 40,000 TPS could be seen as a bit of a stretch.&nbsp;

No corporation would want to process its payments with a blockchain, no matter how scalable, if the overall infrastructure is not interoperable and secure. While its output might be better than Visa&rsquo;s, it won&rsquo;t have the same usability across the world if it stays isolated. Meanwhile, cards issued by global card schemes (i.e., Visa, MasterCard, American Express, etc.) are interoperable across merchants and ATMs worldwide.&nbsp;

Similarly, the internet allows for access and modification numerous datasets through application specific interfaces (APIs). If it wasn&rsquo;t interoperable, it wouldn&rsquo;t be able to grow into what it is today &mdash; a truly global and easy-to-use network. The same applies to blockchains. In order to gain mainstream appeal, they have to show that they can work with each other seamlessly.

Are there any examples of why blockchain interoperability is important?

Let's imagine a world where blockchain actually gains mass adoption. Every company uses a blockchain to store data. Now, the following scenario occurs: A person needs to be hospitalized and while he or she is being transported in the ambulance, the hospital requests their medical records from the clinic where this person is registered in order to develop the best treatment.&nbsp;

However, it turns out that the clinic uses a different blockchain, and it is not compatible with the hospital&rsquo;s ledger. As a result, the hospital is unable to access the patient&rsquo;s files. Meanwhile, the clock is ticking and every second matters.

Thankfully, this will never happen: No hospital would not choose to rely on a blockchain if it is an isolated one. This also applies to other industries like real estate, auditing, logistics and so on. Mass adoption is not possible if there is no blockchain interoperability.

So, how it can be achieved?

Interconnecting existing blockchains is no easy task. As per ConsenSys&rsquo; research on the topic, &ldquo;commercialization promotes competition and innovation, incentivizing developers and entrepreneurs to build systems that work best for their customers.&rdquo; As a result, open-source interoperability gets overlooked, and most blockchains have no built-in features that would support it.

However, a number of blockchains projects have focused on interoperability, employing different approaches. Here are some examples:

Polkadot is a multichain, or cross-chain, technology. Basically, it allows different blockchains to plug into a larger, standardized ecosystem. It was founded by Gavin Wood, a co-founder of Ethereum.&nbsp;

Cosmos also follows the cross-chain principle. Specifically, it employs an inter-blockchain communication (IBC) protocol to establish blockchain interoperability. It serves as a TCP/IP-like messaging protocol for blockchains. Since various established blockchains (like Bitcoin) do not support IBC by design, Cosmos uses the so-called &ldquo;peg zones&rdquo; to connect them to the &ldquo;Cosmos Hub&rdquo; &mdash; as the project is called &mdash; a &ldquo;flagship&rdquo; blockchain that binds all the zones together and coordinates communications between them via standardized languages.

However, the Cosmos Hub is a part of the larger interchain ecosystem developed by Cosmos that can contain other entities &mdash; for instance, there is also Iris Hub, which focuses on enterprise customers and Chinese clients.

Chainlink is a decentralized oracle service. It allows for data to be retrieved from off-chain APIs and be put on a blockchain. In other words, Chainlink serves as a bridge between blockchains and all the infrastructure that exists off-chain: Oracle nodes receive real-world data, process it through the network and take it to the blockchain. Notably, the company cooperates with the global interbank data transfer and payment system SWIFT, used by most banks across the world.

Wanchain uses a different protocol to facilitate data transfers between otherwise unconnected blockchains. Thus, instead of deploying peg zones or its multichain analogs, Wanchain creates so-called &ldquo;wrapped&rdquo; tokens that can be traded on other blockchains.&nbsp;

For instance, to move 10 ETH to the BTC chain, the platform would first lock that amount of ETH on the Ethereum blockchain using smart contracts, which would then mint 10 Wanchain-wrapped ETH (WETH) on Wanchain. These WETH could then be traded for Wanchain-wrapped BTC (WBTC) on a trading platform. Those wrapped BTC tokens can then be turned into the original tokens located on the Bitcoin blockchain.&nbsp;

Unlike the aforementioned examples, Quant is not a blockchain. It uses Overledger protocol, a layer that runs over existing blockchains. Overledger ostensibly allows developers to create &ldquo;MApps&rdquo; &mdash; decentralized applications (DApps) that utilize multiple blockchains at the same time &mdash; in &ldquo;three lines of code&rdquo; and without any additional infrastructure. That allows for more options in blockchain engineering. For instance, an MApp could rely on the Ethereum blockchain for data storage while using Bitcoin Cash (BCH) for value transfer.&nbsp;

Keep in mind that those are not the only projects working toward establishing blockchain interoperability. There are also projects like Cardano, Aion, Icon, Ark, Bytum, Dragonchain and Ferrum network, among others.

The short answer is no. Not yet, at least.

Cryptocurrency exchanges are still a strong medium for interoperability in the crypto space. If someone needs to swap 10 ETH for BTC, he or she will most likely end up on a centralized trading platform. Currently, it is the most popular &mdash; and a relatively convenient &mdash; method. However, it has its major drawbacks, security being the most obvious one (&ldquo;not your keys, not your coins&rdquo; is a famous proverb describing why depositing your assets to a hot wallet always involves risk).

Thus, even though a number of projects have been working on blockchain interoperability solutions, networks remain largely isolated. However, it is important to keep in mind that the blockchain space is still relatively new, and most of the aforementioned startups are at early stages of their roadmap.