11.4 million Bitcoin is held by long term investors, diminishing the tradeable supply to only 20% of the total Bitcoin supply.

According to Chainalysis, the vast majority of Bitcoin (BTC) is held as long term investment, with 60% held by licensed custodians.

The company concluded that the breakdown of Bitcoin’s supply makes it similar to gold, supporting the asset’s status as digital gold. They clarify, however, that it is the 3.5 million BTC that is actively traded which supports the price:

“But this digital gold is supported by an active trading market for those who prefer to buy and sell frequently. The 3.5 million Bitcoin used for trading supplies the market, and, in interaction with the level of demand, determines the price.”

Chainalysis defines long term investors as those who have never sold more than 25% of their holdings, noting that such users have often held their assets for many years.

Further analyzing the trading segment of the Bitcoin supply, Chainalysis finds that although retail traders are responsible for 96% of transactions, professionals move the bulk of the volume:

“Retail traders, whom we categorize as those who deposit less than $10,000 USD worth of Bitcoin on exchanges at a time, appear to be the large majority, accounting for 96% of all transfers sent to exchanges on an average weekly basis. Professional traders, however, control the liquidity of the market, accounting for 85% of all the USD value of Bitcoin value sent to exchanges.” 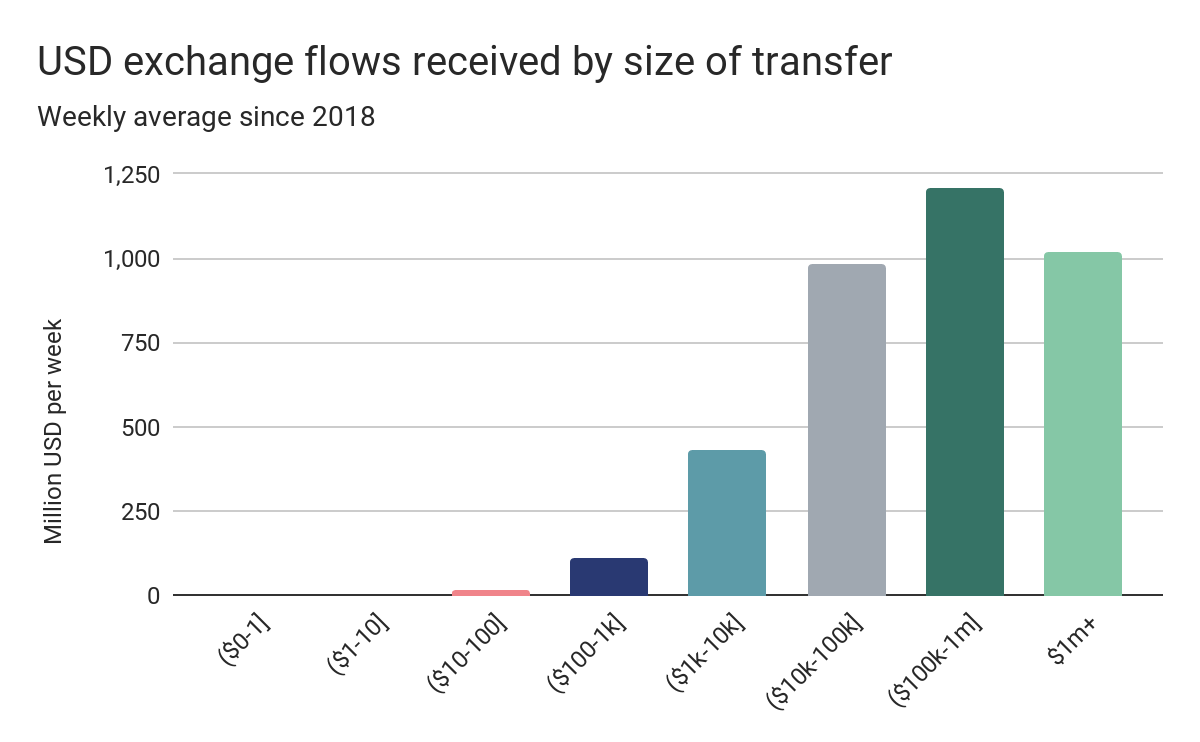 The company also concluded that the maximum number of weekly traders in 2020 was 340,000.

Approximately 60% of the entire Bitcoin supply is held by licensed custodians or Virtual Asset Service Providers, or VASPs. This statistic includes many exchanges. Coinbase alone, holds close to 1 million Bitcoin. 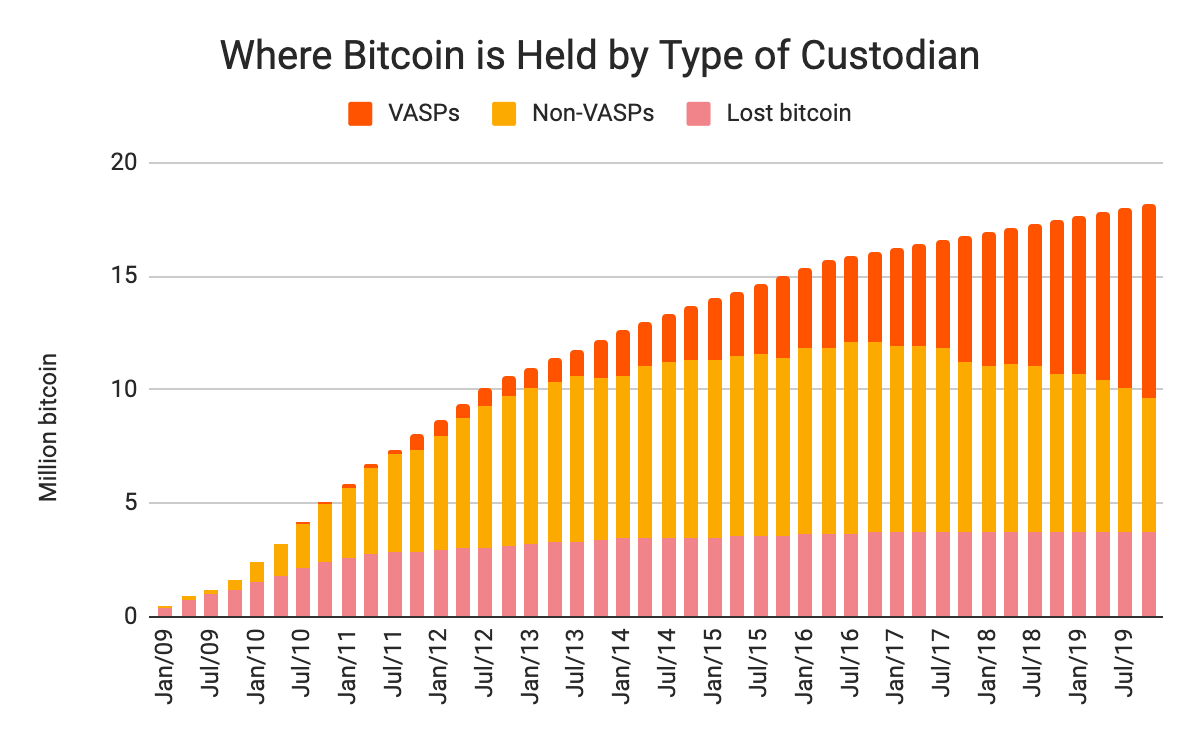 Where Bitcoin is held by type of custodian. Source: Chainalysis.

The company assumes 3.7 million BTC are lost, including the approximately 1.1 million coins that were likely mined by Satoshi Nakamoto.

The role of custodians has increased over time, which may pour fuel on the fire for those who believe there is too much centralization within the crypto space.