Bitcoin’s monthly close is fast approaching and three factors point toward heightened volatility in the near term.

Three reasons to expect a spike in volatility over the next week are BTC’s prolonged consolidation, a key resistance level overhead, and the sizable expirations of BTC futures and options contracts.

Bitcoin consolidates for nearly a week

On Aug. 17, the price of Bitcoin surged to as high as $12,486 on Coinbase, achieving a new yearly high. Since then, the price has consolidated within a tight range and been unable to break above $12,000 again.

When Bitcoin consolidates for extended periods without clear price movement to either direction, it tends to see high volatility. Since Aug. 19, the Bitcoin price has stayed within a 4.5% range, which presents a tight range for BTC. 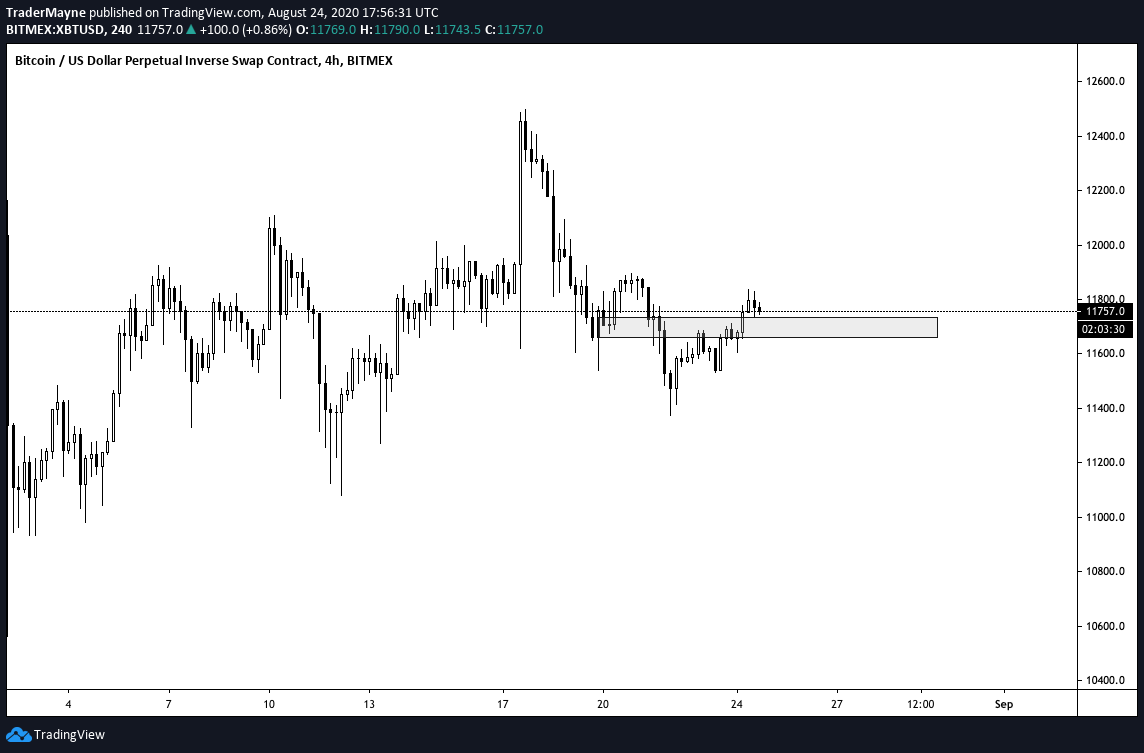 Although the open interest in the Deribit Bitcoin options market is not as high as it was in June, there is $500 million worth of options open for the Aug 28 contract.

The simultaneous expiration of August options and futures contracts could cause large Bitcoin price movements. One options trader said:

“Not at June levels, but still a little over $0.5 billion of BTC option OI currently sitting in 28AUG20 on Deribit.”

Since early August, the price of Bitcoin has rejected at the $11,900 level twice, both times seeing a relatively large sell-off shortly thereafter.

In the last 24 hours, Bitcoin rejected from the $11,800 to $11,900 resistance range once again. If BTC continues to fall in the short term, it could print a lower high formation on lower time frame charts.

According to researchers at Glassnode, on-chain fundamentals slightly dropped off in the past week. They said:

“Bitcoin on-chain fundamentals decreased slightly during Week 34. GNI lost 6 points, dropping from 71 to a current level of 65 points. This was due mostly to a decrease in the Sentiment subindex, while Network Health and Liquidity also saw small decreases.”

The confluence of a minor decline in fundamentals, prolonged consolidation, options expiration, and a key near-term resistance raises the chances of a major price reaction.