Fed, futures and fundamentals: 5 things to watch in Bitcoin this week

An important Fed policy meeting forms the centerpiece for a new week’s trading, which could see macro hit Bitcoin price action once more.

Bitcoin (BTC) starts another week in a bullish mood as hurdles line up to shape price trajectory.

Cointelegraph presents five factors determining where BTC/USD may go in the coming days, and what traders should look out for.

All eyes on the Fed and U.S. inflation

Stocks saw records last week with the S&P 500 hitting all-time highs. Despite a lower overall impact on Bitcoin, moves on macro markets are still more than capable of spilling over into cryptocurrency.

Upward momentum continued on Monday, with stocks futures up but a sense of foreboding building about an upcoming speech from the United States Federal Reserve.

Markets were waiting to hear news about inflation, which rumors previously suggested could target up to 4%.

This would be a perfect storm for buoying safe havens, analysts said, in an environment which has already sent the U.S. dollar index to two-year lows and flooded the market with excess liquidity from quantitative easing.

The news will come from Fed Chair Jerome Powell during its annual Economic Policy Symposium, held in Jackson Hole, Wyoming on Thursday.

U.S. futures were meanwhile up on the day, while Asia set a bullish tone thanks to Washington reassuring on not blocking Chinese social media network WeChat — shares in owner Tencent rose over 4% as a result.

On short timeframes, Bitcoin was pleasing analysts as the week began. For Cointelegraph Markets’ analyst Michaël van de Poppe, a run to lower levels was now less likely after BTC/USD avoided a retest of levels below $11,500 on Sunday night.

In a transaction analysis video on Sunday, van de Poppe added that in the event of a breakdown, the “buy the dip” level to look out for would nonetheless fall below $10,000.

Concerns over a break below five figures had become less common among commentators, while Van de Poppe mostly discarded rumors of a pullback to below $8,000.

The last time that Bitcoin traded below $10,000 was at the end of July.

According to data from monitoring resource BTC.com, difficulty increased by 3.6% on Monday to hit 18.17 trillion.

The new record suggests that miner participation in the network is stronger than ever, and competition is being reflected in how taxing it is to solve equations on the blockchain.

The difficulty adjusts automatically and is an essential feature of Bitcoin as self-regulating hard money. Issuance remains fixed regardless of how high or low difficulty is.

Meanwhile, the hash rate declined around 8% over the past seven days, estimates show, currently circling 119 exahashes per second (EH/s). 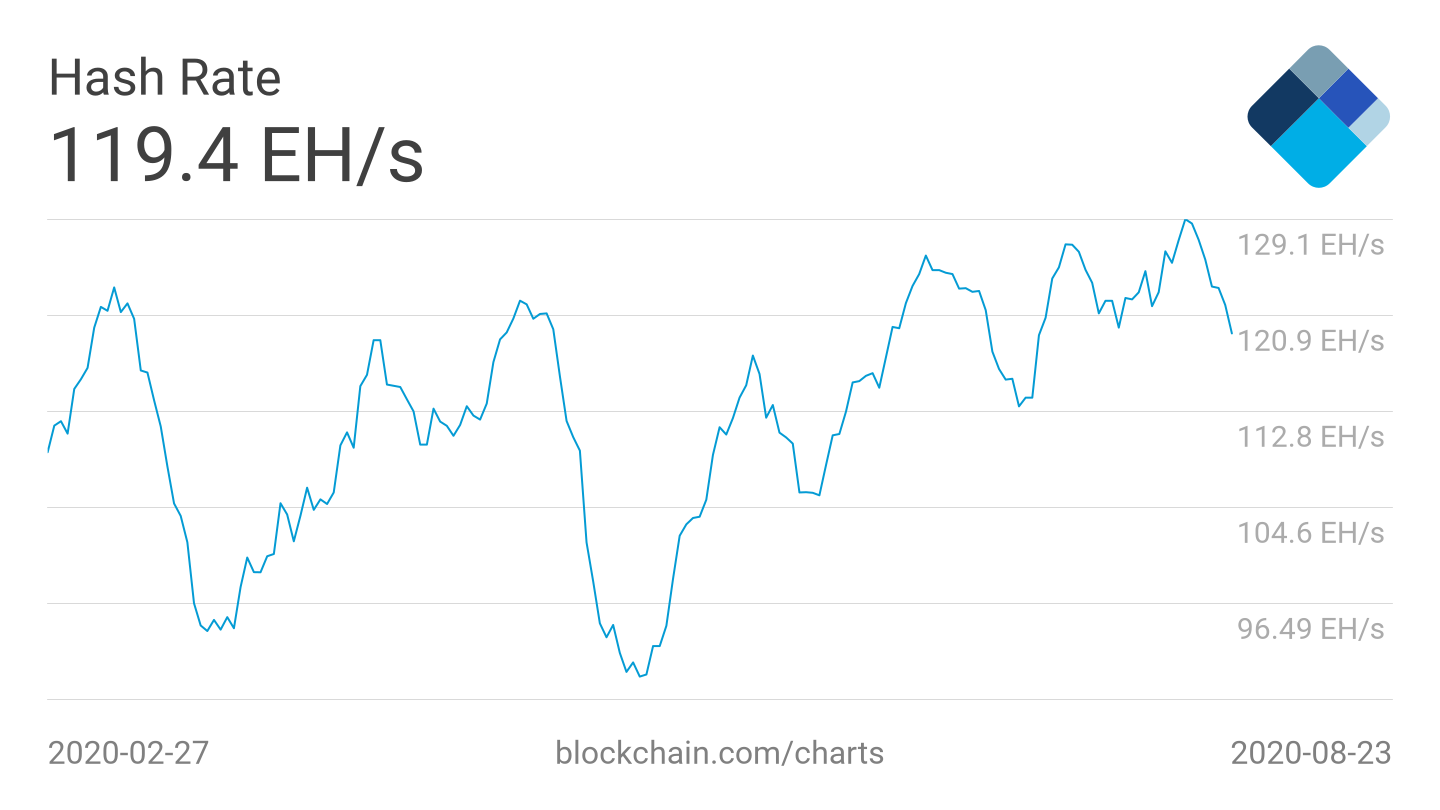 Given the imprecise nature of hash rate measurements, it is likely that the number will normalize after the difficulty adjustment, continuing a broad uptrend in place since just after May’s block subsidy halving cut miner revenues by 50% overnight.

The spotlight could fall once again on crypto derivatives this week as the month draws to a close and settlements near. 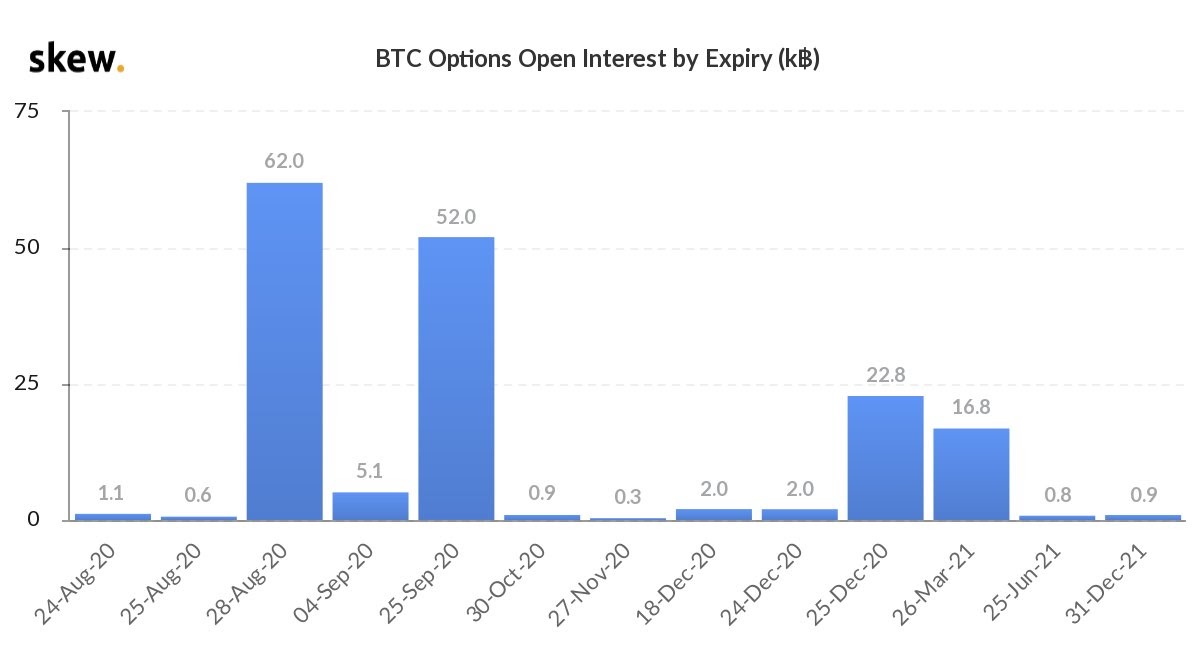 Traditionally, settlement junctures exert downward pressure on BTC price, but as Cointelegraph reported, June’s near-$1 billion expiry turned out to be a non-event for the market.

With every week that passes, however, futures reach a wider audience, evidenced by Grayscale’s record inflows in August.

At the same time, on-chain analytics resource Skew reported record short positions for CME Group’s Bitcoin futures, something it described as “most likely” due to the profitability of the so-called “cash & carry” trades.

These are performed between the futures price and spot price of Bitcoin as a form of arbitrage.

Bitcoin investor sentiment is “extremely greedy” and getting greedier.

That was the conclusion from sentiment indicator the Crypto Fear & Greed Index, which on Monday remained firmly bearish on the overall market mood.

As Cointelegraph reported last week, the Index almost hit record “greed” before a slight retracement, nonetheless rebounding toward its  maximum 100/100 over the weekend.

The Index uses a basket of factors to measure whether the market is oversold or conversely due for a correction.

In terms of volatility, using Bollinger Bands on BTC/USD likewise hints that fresh price action is incoming, but whether it will be up or down remains uncertain.