Bitcoin price remains far below investors expectations but the stock-to-flow model suggests nothing extraordinary has occurred yet.

The recent market turmoil, whether in traditional markets or the crypto space, has raised questions on the price evolution for Bitcoin, as well as its crucial network features. Let’s take a look at four key Bitcoin price and network metrics in order to gain some insight into the future of the crypto market’s largest asset.

Looking at the stock-to-flow model – a Bitcoin price forecasting model based on the available circulating supply (stock) and the new production output (flow), Bitcoin’s actual price on Thursday is below the forecasted line but within the expected thresholds. 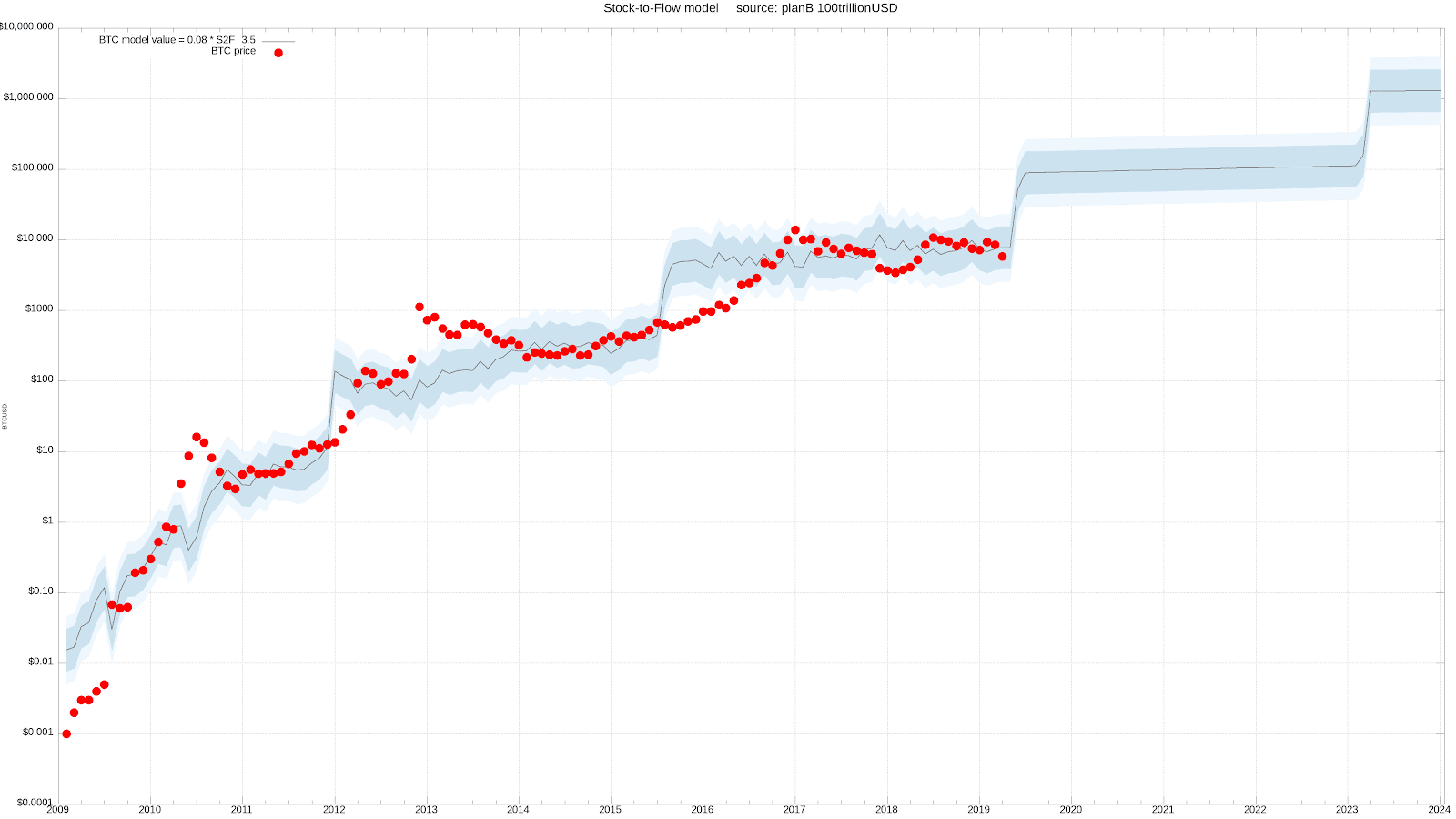 This is not the first time that Bitcoin’s price fell below the 365-das price model, as it happened for 6 months (between mid-November 2018 and mid-May 2019), bouncing over the forecast since then. 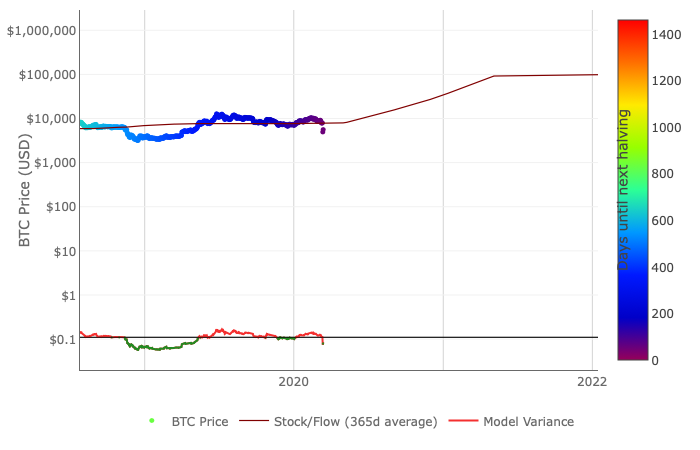 In a tweet on Mar. 13, stock-to-flow creator PlanB said that “bitcoin oscillated nicely around model value”. Thus, according to PlanB, the forecast price hasn’t changed considering the proximity of the next halving event. The current 365-day average model predicts a price of $8,426 at the estimated time for the halving – May 9, 2020.

For traders considering a short-term purchase, the model suggests that there’s an opportunity for a quick profit based on the realized price and the 200 week average. Considering the 200 day average price at $8,587, Bitcoin shows room to grow over the long-term and the upcoming  halving event in May adds to this bullish narrative.

What about the hash rate?

When it comes to the hash rate – the computational power miners need to employ to confirm transactions on the Bitcoin blockchain–, it has been going down since March after reaching historical levels. Nevertheless, since March 11, it has been in a slightly increasing trend, even after the massive 50% drop that took place on March 12.

On March 13, the hash rate was near 110.38 quintillion hashes per second, the same levels seen in late February. However, the recent corrections seen in February have not stopped the long-term increasing trend since historical hash rate values have been set since the start of the year.

The difficulty, meaning, the effort miners need to employ to validate Bitcoin’s blockchain, keeps on an increasing trend as it has been the norm. Difficulty increased on March 8, amid the negative price action meaning a higher mining involvement despite the unfavorable nature of recent market conditions.

The number of Bitcoin transactions spiked on March 12 as is typical when big swings in the market take place. There was also a spike in the amount of Bitcoin sent in USD on March 13, and the daily number of transactions decreased to late-February levels around 277,000 transactions, maintaining a regular pattern since the start of the year.

As comments around investors’ confidence in Bitcoin raise doubts, Bitcoin’s underlying network features reveal consistency even though the entire market is plagued by turmoil and uncertainty.

Looking forward, with such levels of fear in the market, strong hands may be looking into the opportunity to buy at low prices shooting for a long-term positive outcome.

Nevertheless, the worldwide propagation of COVID-19 may continue to cause short-term liquidity issues in the market and ultimately lead to severe bearish economic conditions as a result.

In addition to the analysis of the Bitcoin network’s fundamentals, the digital asset’s safe-haven association to gold may sustain investors over the current medium-term crisis period even if it is currently undergoing a down-trend.