Prosecutors announced the arrest of a U.S. citizen who traveled to North Korea to deliver a presentation on how to use blockchain and crypto to avoid sanctions.

A U.S. citizen who traveled to North Korea to deliver a presentation on how to use blockchain and crypto to avoid sanctions was arrested at LAX 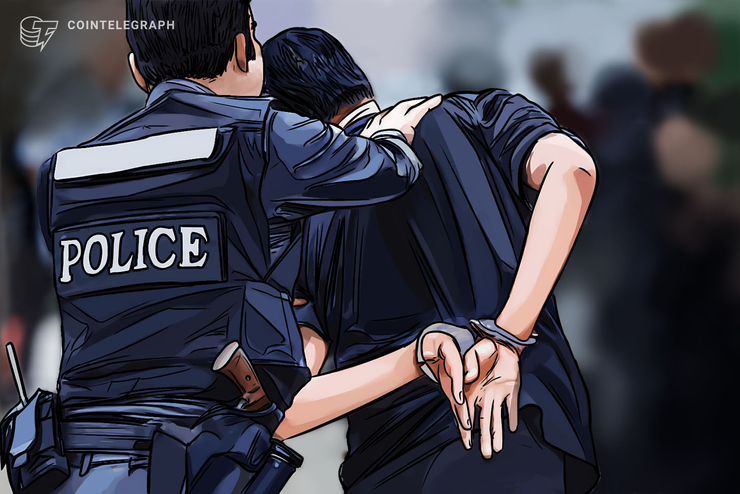 Today United States prosecutors announced the arrest of Virgil Griffith, who allegedly traveled to the Democratic People’s Republic of Korea (DPRK) to deliver a presentation on how to use cryptocurrencies and blockchain technology to circumvent sanctions.

According to the November 29 announcement, the 36-year-old Griffith was arrested at the Los Angeles International Airport, and will be charged with conspiring to violate the International Emergency Economic Powers Act (IEEPA). The charges carry a maximum term of 20 years in prison. U.S. Attorney Geoffrey S. Berman stated:

“As alleged, Virgil Griffith provided highly technical information to North Korea, knowing that this information could be used to help North Korea launder money and evade sanctions. In allegedly doing so, Griffith jeopardized the sanctions that both Congress and the president have enacted to place maximum pressure on North Korea’s dangerous regime.”

The IEEPA prohibits any U.S. citizens from exporting any goods, services, or technology to the DPRK without a license from the Department of the Treasury, Office of Foreign Assets Control.

Griffith, a U.S. citizen living in Singapore, was previously denied permission to travel to the DPRK by the U.S. Department of State. Griffith went against the decision and presented at the DPRK Cryptocurrency Conference, violating the U.S. sanctions against the DPRK. FBI Assistant Director-in-Charge William F. Sweeney Jr. said:

“There are deliberate reasons sanctions have been levied on North Korea. The country and its leader pose a literal threat to our national security and that of our allies. Mr. Griffith allegedly traveled to North Korea without permission from the federal government, and with the knowledge of what he was doing was against the law. We cannot allow anyone to evade sanctions, because the consequences of North Korea obtaining funding, technology, and information to further its desire to build nuclear weapons put the world at risk. It’s even more egregious that a U.S. citizen allegedly chose to aid our adversary.”

North Korea is reportedly in the early stages of developing a cryptocurrency to help the DPRK evade international sanctions and find a way around “the U.S.-dominated global financial system.”

Alejandro Cao de Benos, the official in charge of North Korea’s crypto conferences, said at the time that the digital currency will be similar to Bitcoin (BTC) but that they are still in the very early stages in the creation of the token and that there are “no plans to digitize the [North Korean] won for now.”