Anonymous sources are claiming a second pre-sale is underway for Telegram’s ICO token TON - and it could raise over $1.5 bln in total.

Telegram ICO could rake in $1.6 bln in presale cash alone amid reports of ‘secret’ 2nd round. 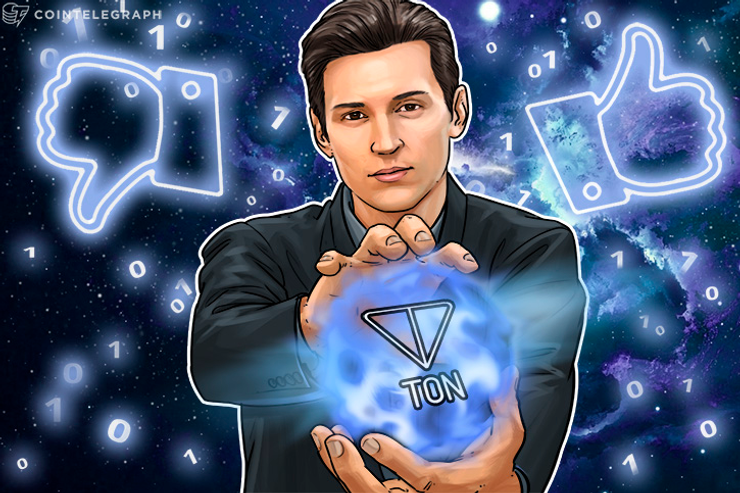 Encrypted messenger service Telegram is reportedly raising a further $850 mln in a “secret second presale” of its TON token before launching the yet to be officially announced world’s biggest ICO.

As Verge reports citing “exclusive” reports from four anonymous sources, Pavel Durov’s platform is attempting to get accredited investors on board to double the $850 mln it already received in the ‘first’ presale.

In total, Telegram stands to raise around $1.6 bln before its TON token sale becomes publicly available.

The figures mean this ICO easily beats any other token offering in terms of USD value, with Block.One's $700 mln result from 2017 coming a lonely second.

Telegram’s path to capital has already seen difficulties due to its increasingly prominent public profile. Fake ‘versions’ of the ICO which appeared on social media following the original announcement in January managed to illicitly accrue funds for TON tokens that did not yet exist.

Controversy centered even on documentation, with a white paper for TON attracting mixed reviews regarding its authenticity when it leaked online.

Durov himself had also publicly come out warning of individual scams linked to the ICO.

Meanwhile, number-three spot Tezos also hinted last week that the nine-month stalemate over its tokens and platform would soon end, co-founder Kathleen Breitman stating a prospective launch could occur within weeks at a UCLA conference Feb. 17-18.

#CT_questions Telegram is reportedly raising a further $850 mln in a “secret second presale” of its TON token before launching the yet to be officially announced world’s biggest #ICO.

If it's ever announced, are you going to buy in?