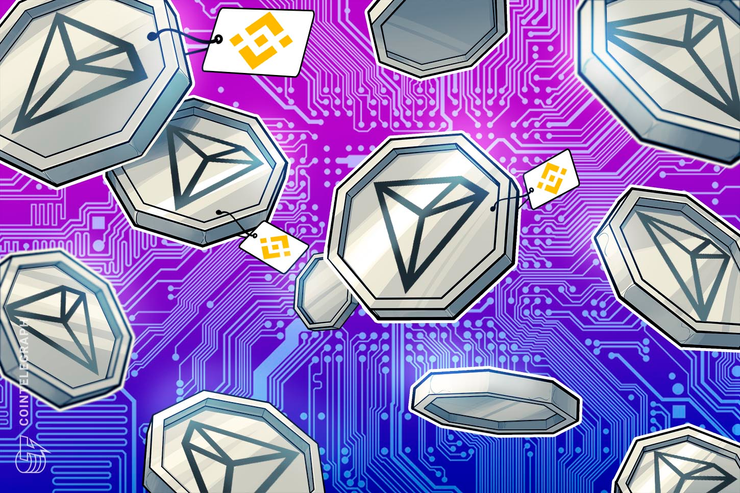 According to Tronscan’s data on Sept. 30, Binance acquired over 12 billion votes for the top-spot ranking. Blockchain community Sesameseed.org is now the second-largest SR, with Tron-based BeatzCoin in third place.

On Sept. 30, Binance revealed that it would add support for TRX staking starting Oct. 1, with initial estimation of rewards to be calculated through Nov. 1 and subsequently distributed before Nov. 5. The system will then continue on the same basis monthly, per Binance’s website.

The development follows the exchange’s recent launch of dedicated staking services last week, which enable Binance users to deposit their token holdings and earn staking rewards, but without having to set up their own nodes to fulfill minimum staking amounts and/or time lengths.

BeatzCoin chief operating officer Misha Lederman noted in a tweet on Sept. 29 that Binance has essentially frozen 12 billion TRX, taking a sixth of the coin’s supply out of circulation.

The exchange’s ascendancy to top SR has sparked avid debate amid a small group of crypto tweeters.

While Lederman appears to view Binance’s prominent position in the ecosystem and token lock-up as a potentially bullish development for TRX’s price, others have expressed some concern as to the implications of a leading industry player “buying-out” the top spot.

At publishing time, TRX is 14th-largest cryptocurrency by market capitalization, seeing a price hike of almost 6.5% on the day, according to Coin360 data.

Earlier this month, Tron founder and CEO Justin Sun announced a new plan for TRON's proof-of-stake mechanism focused on the promotion of “a fair, decentralized distribution of staking revenues” to bolster user participation and engagement from industry players such as exchanges, wallets and partners.

Sun had won a charity auction on eBay in June to have lunch with Buffett and his own choice of guests, with a winning bid of $4,567,888 — the highest bid in the event’s 20-year history. Days before the high-profile event, he was forced to postpone for medical reasons.