Binance announced in a tweet on March 12 that it is doubling fees for ETH withdrawals. The company cited network congestion as the reason for the decision. The tweet specified:

“To better facilitate ERC20 and ETH withdrawals during this period of high congestion on the $ETH network, we are making the following temporary adjustments:

Binance Crypto Traders are not happy with the news

This decision angered some members of the Blockchain community, with many stating that the increase was too expensive for traders to afford: 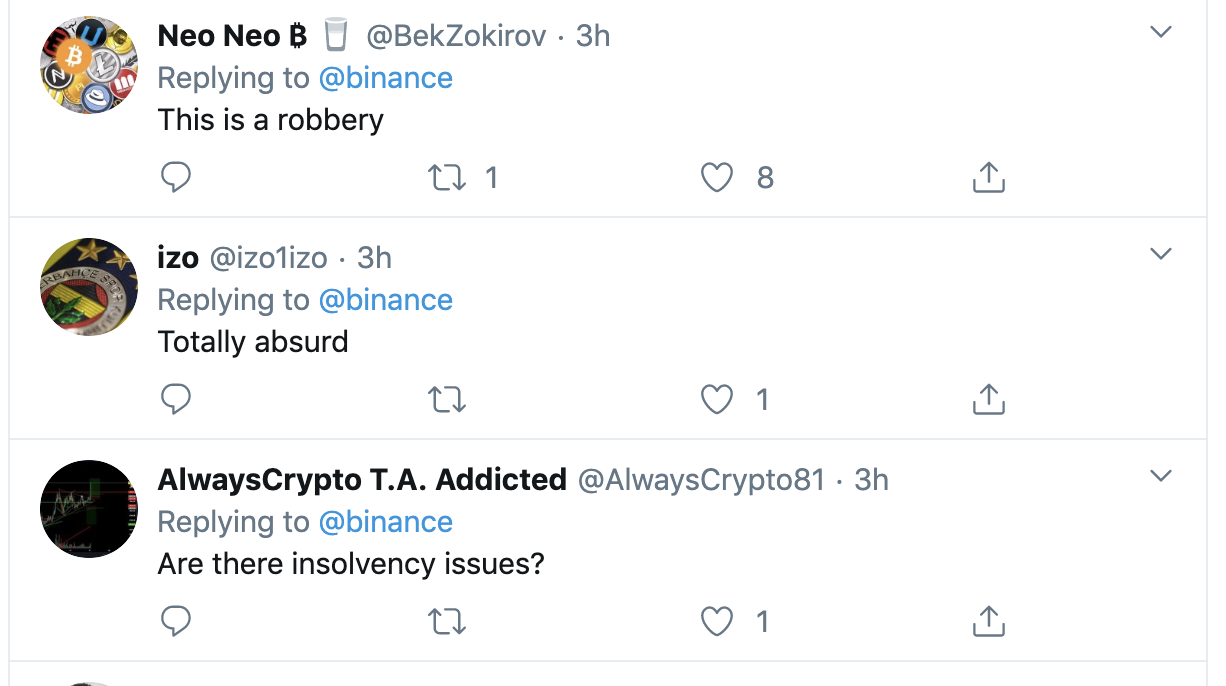 Others hope this is only a temporary measure, questioning whether the change reflects the cost of centralization: 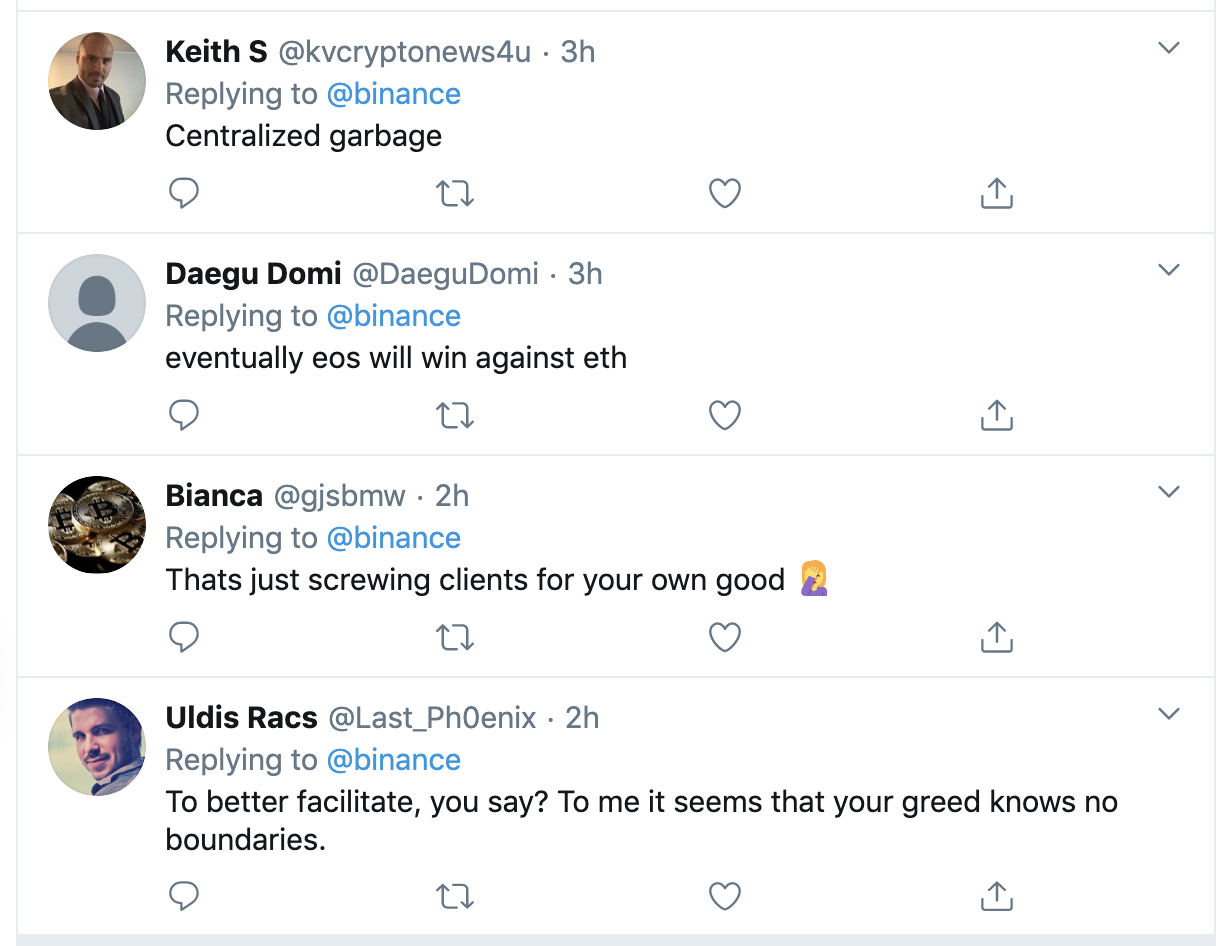 Binance’s decentralized vision and its criticism

On Valentine's Day 2020, Binance exchange publicly announced its vision to build an open, decentralized platform for all. The announcement stated:

“We believe the future of Binance is a decentralized open platform and we have taken many steps in achieving this.”

Binance DEX (Decentralized Exchange) was launched in 2019 as a marketplace for issuing, using, and exchanging cryptos in a decentralized manner. Ethereum founder, Vitalik Buterin, criticized the move, stating that the DEX was overly centralized.

Cointelegraph contacted Binance with questions about their decentralized vision for the company and received no response before press time.