61% of the Bitcoin supply has stayed in the same place for a year or more — the only time that happened was before its all-time highs.

Bitcoin (BTC) hodlers are preparing for a bull run just like the one that led to $20,000 all-time highs in 2017, one metric suggests.

According to on-chain monitoring resource Glassnode on June 28, the proportion of the Bitcoin supply that has not left its wallet in a year or longer reflects 2016.

Despite a hectic year for Bitcoin price action, the data shows that over 61% of the supply remained dormant through highs and lows.

Glassnode noted that early 2016 likewise recorded similar behavior among hodlers. The implication is that there is a reluctance to trade or sell and a belief that it will be more profitable to save.

“The last time we saw this amount of #Bitcoin that had not moved in over a year, was in early 2016 – preceding $BTC's bull run to $20k,” Glassnode summarized on Twitter. 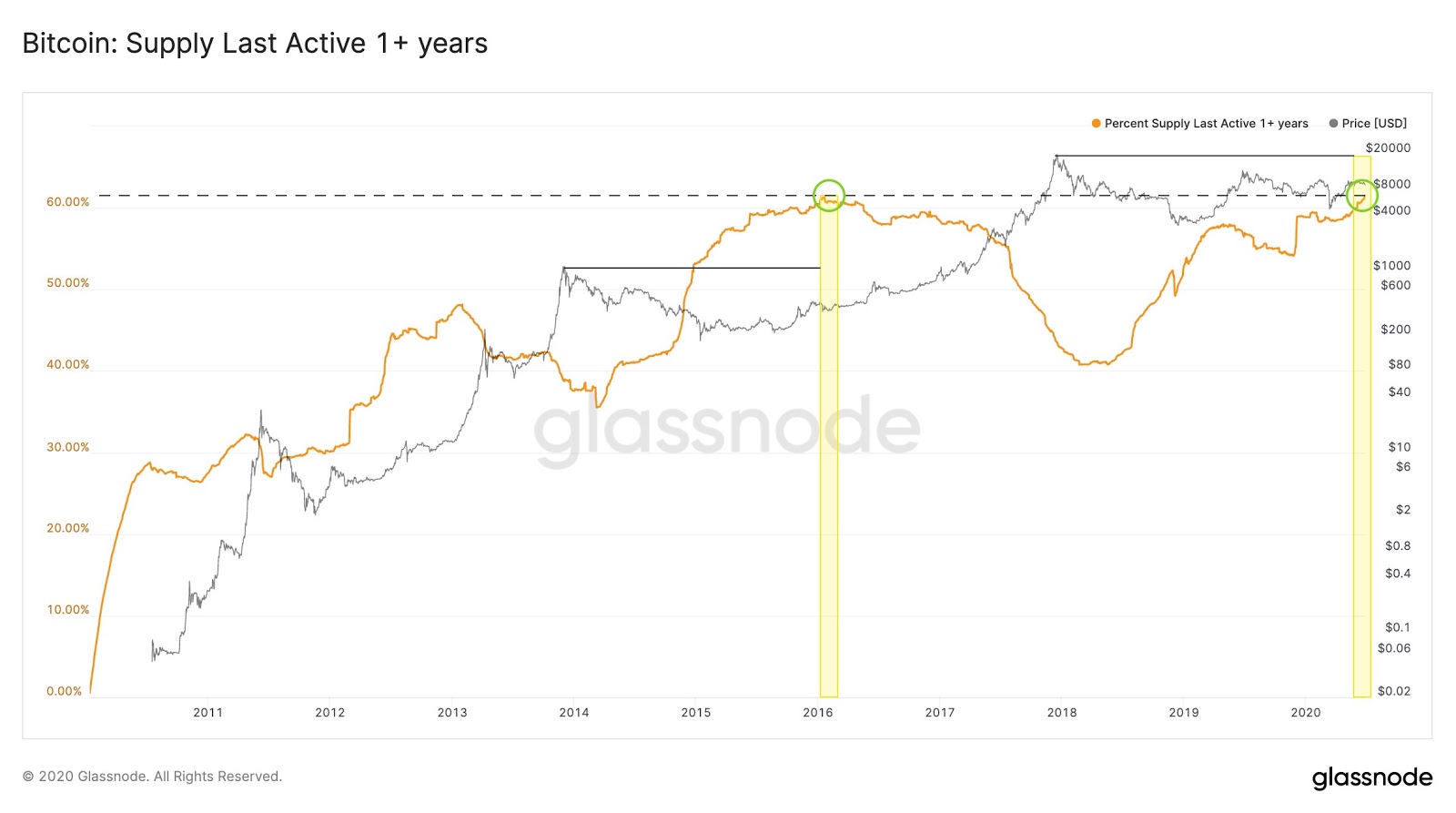 The phenomenon of investment cycles in Bitcoin is often referred to as “hodl waves.” As Cointelegraph reported in May, data has long shown parallels with 2016.

By comparison, last year’s run to $14,000 saw dormant supply levels reach 56%. Unlike in 2016, however, there was no cooling-off period between the dormant supply spike and the bull run.

The road to 2017’s record only really began more than a latency period of around a year.

Various other indicators have pointed to a saving mentality prevailing in Bitcoin. Exchange reserves are at 13-month lows, while signs of accumulation are visible in wallets with both small and whale-size balances.

Earlier in June, Glassnode showed that 90% of days were spent accumulating in the first half of 2020.

Since May’s block subsidy halving, meanwhile, the number of whales — entities with a balance of 1,000 BTC or more — has increased by over 2%.

A hodler, nonetheless, still only needs a balance of 1 BTC to be in the top 3% of all Bitcoin addresses.