The valuation of the crypto market dropped $10 billion following the expiration of Bitcoin futures contracts.

Major cryptocurrencies such as Bitcoin (BTC) and Ethereum (ETH) recorded losses in the range of 5 to 10 percent against the United States dollar, demonstrating poor momentum.

Throughout the past several months, the cryptocurrency market has demonstrated volatility in a low price range, unable to break out of key resistance levels.

What were the major factors of this week’s drop?

While some analysts have said that the drop was triggered by technical factors over fundamental, speaking to Cointelegraph, former hedge fund manager and investor Danny Les stated that the crypto market has been in a bear market for over a year and conditions will not change until the market establishes a proper bottom.

“Technical or fundamental, it makes no difference. I’ve been saying this for over a year now, we are bearish and will continue to be bearish until the market finds a point where buyers are waiting en masse.”

In mid-December, the price of Bitcoin achieved a new yearly low at $3,122, and at the time, analysts including Three Arrows Capital CEO Su Zhu said that big buy walls in the low $3,000 region will prevent the dominant cryptocurrency from plunging to $2,000.

10% down from here (3.3k), buy walls on @coinbase are now the largest (in $BTC notional ) since mid-2015. Similar for @Bitstamp. pic.twitter.com/NmMpZXazgX

As Bitcoin neared $3,100, the buy walls on fiat-to-crypto exchanges such as Coinbase and Bitstamp led the asset to initiate an immediate bounce and it eventually recovered to mid-$3,000. 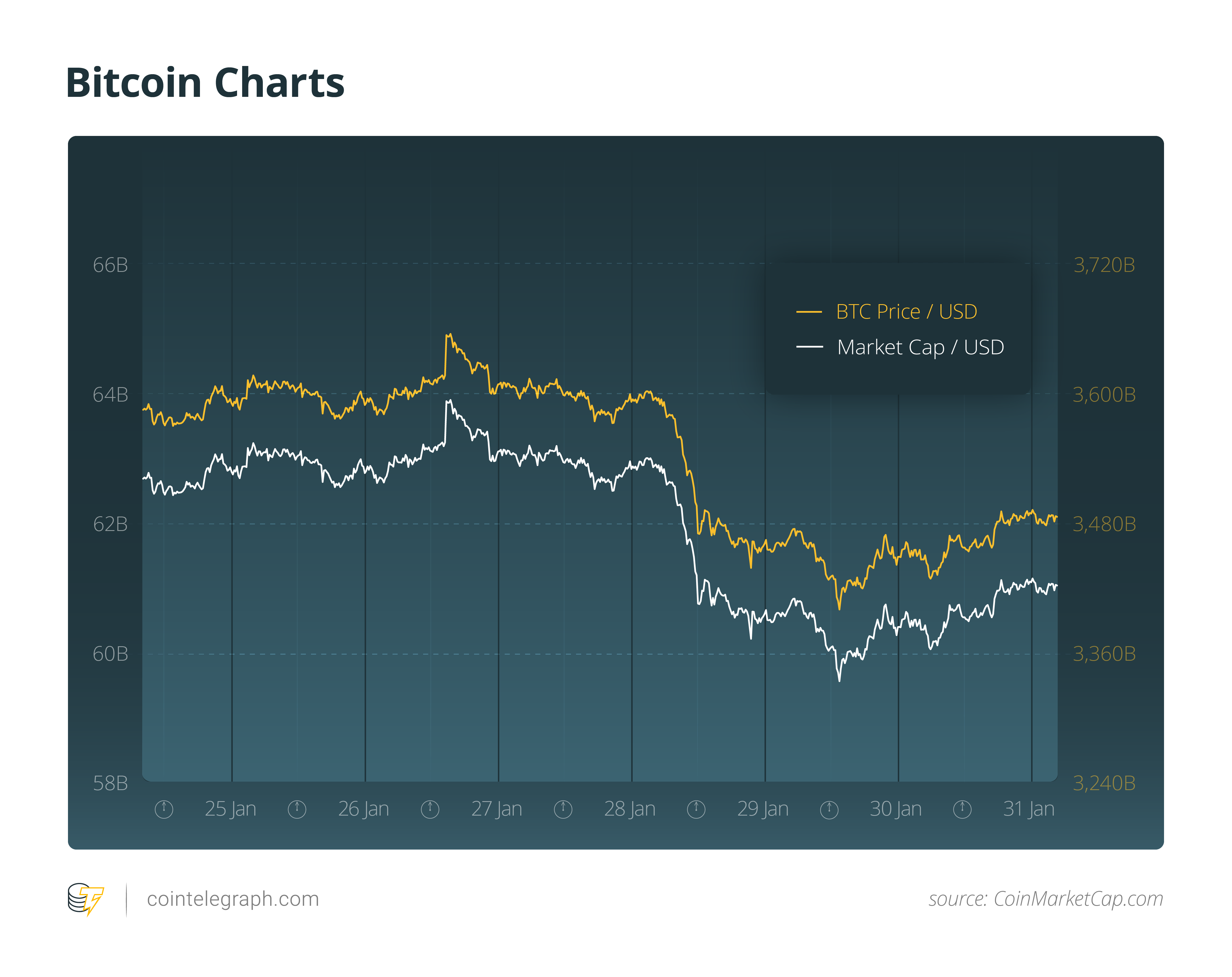 The crypto market is set to experience the longest correction in its 10-year history, and based on the intensity of the sell-off of major crypto assets in the past several months, the bear market will likely extend across the first two quarters of 2019.

In November 2018, Willy Woo, the creator of Woobull.com, said that the correction is likely to last until the end of second quarter of this year or longer.

“Putting together the blockchain view, I suspect the timing for a bottom may be around Q2 2019. After that we start the true accumulation band, only after that, do we start a long grind upwards.”

In an interview with Cointelegraph, Les suggested if Bitcoin drops to $2,000, it would mean a 90 percent drop from its all-time high at $20,000, surpassing the average drop from the all-time high at around 85 percent in previous major corrections:

“On the contrary, I actually think the closer we get to $2k, the more buyers lie in wait. I legitimately believe what my good friend David Belle thinks, the floor will be around the $1.5k-$2k area and at that point a lot of money will be waiting to enter the arena.”

Did Bitcoin futures make any difference?

Last week, CME Bitcoin futures contracts in the U.S. market expired. The futures market has often been used as a short-term price indicator of Bitcoin, as it was said that the expiration of futures could incentivize investors to attempt to manipulate the market.

In the early days, the San Francisco Federal Reserve reported that the launch of CME Bitcoin futures led to the decline in the price of cryptocurrencies.

Jake Chervinsky, a government enforcement defence and securities litigation attorney at Kobre & Kim, explained that physically settled contracts like Bakkt could have an actual impact on the price of the asset in the future.

“Noteworthy is the fact that Bakkt will custody and deliver real bitcoin. That means institutional inflows would reduce supply and thus (maybe) increase price too. This is different from other regulated futures markets like CME and CBOE, which only deal in cash-settled futures.”

Les similarly stated that the Bitcoin futures expiration in the U.S. likely had a minimal effect on Bitcoin. Historically, Les said that the CME Bitcoin market, which was highly anticipated by investors in the cryptocurrency sector, did not sway the price of the asset in a major way.

“I don’t think futures closing made a difference. Just like when the CME Bitcoin markets kicked off and everyone expected it would have a huge effect on price. It didn’t. Same applies here as far as I’m concerned.”

Because the futures market is of significant size for traditional assets like gold, many investors attempt to correlate the expiration of futures and the performance of Bitcoin.

In the long run, if Bakkt sees a rapid increase in volume and, as a result, other large futures market operators — such as ErisX, CME, CBOE and potentially even the Nasdaq — experience exponential growth, the correlation between futures and the Bitcoin price on exchanges could increase. But, it is currently not big enough to move the price of BTC.

“[The ETFs] have not met the requirement that a national securities exchange’s rules be designed to prevent fraudulent and manipulative acts and practices. Among other things, the Exchange has offered no record evidence to demonstrate that bitcoin futures markets are ‘markets of significant size.'”

In the short term, at least, the crypto exchange market will likely have a larger impact on the price trend of crypto assets over both over-the-counter (OTC) and futures markets.

What lies ahead for the crypto market in 2019?

There are catalysts on the horizon that could potentially allow the cryptocurrency market to recover.

As Cointelegraph reported, Fidelity Investments is said to be planning on March to be the launch date of its Bitcoin custody, which could lead some of its 13,000 institutional investors to invest in cryptocurrencies.

Fidelity said in a statement obtained by Bloomberg that it is already engaging in discussions with some of its clients.

“We are currently serving a select set of eligible clients as we continue to build our initial solutions. [...] Over the next several months, we will thoughtfully engage with and prioritize prospective clients based on needs, jurisdiction and other factors.”

Bakkt and the Nasdaq are also set to release Bitcoin-related investment vehicles and products by the end of the quarter.

But, because the cryptocurrency market moves by cycles and the market has demonstrated a free fall without much resistance, a slow, gradual downside movement to a region where big buy orders are filled remains the most probable result. Les stated:

“Bearish and with a slow, gradual slide down to the area I mentioned [is] where I think liquidity lies in wait. Sure, retail will move the price up and down in fairly obvious ranges but the really significant action will begin around the ‘Belle Zone’ as I like to call it.”

Speaking to Cointelegraph, Les said that if Fidelity Bitcoin custody launches in March, it will likely not have an immediate impact on price, and the same could be said for Bakkt and Nasdaq. Rather, it will allow investors to be more confident in the cryptocurrency sector and the asset class, which may lead investors to establish orders in a low enough range.

Vinny Lingham, a general partner at Multicoin Capital, said this week that the crypto winter could easily turn into a nuclear winter if Bitcoin drops below key support levels.

If the product launches of Fidelity, Nasdaq and Bakkt come in a period wherein the general sentiment around cryptocurrencies has not recovered yet, it may have a minimal impact on the price trend of cryptocurrencies, according to Les:

“All of this [...] (CME, Bakkt, Fidelity) is positive news for what is clearly an emerging asset. If anything I’m more concerned that it’s taken so long for these products/services to be offered. [...] Is Fidelity offering custody going to have an impact on price if it launches in March? I say no. However what it does do, is make me even more confident that when price reaches the ‘Belle zone’ the fact institutional investors will find it more comfortable to participate because of fidelity will only serve to help toward a large scale entering of the market.”

As Gabor Gurbacs, the head of digital assets at VanEck, told Cointelegraph in an interview in November of last year, institutional investors are less interested whether the price of Bitcoin is $3,000 or $10,000. Instead, it prioritizes the structure of the market and the selection of investment vehicles they can use to safely invest in the cryptocurrency market.

Products like Fidelity’s custody and Bakkt’s futures market could be considered as a foundation to support the next wave of retail and institutional investors. But, in the immediate future, they are not likely to sway the price of major crypto assets by large margins.

The crypto market has already started to recover

In the last days, following a steep sell-off on Tuesday, the crypto market rebounded by more than $4 billion.

Ripple (XRP) initiated a solid corrective rally by more than 10 percent and Tether (USDT), which briefly became the fourth-largest cryptocurrency in the global market by surpassing EOS (EOS) and Bitcoin Cash (BCH), dropped back down to sixth.

While the sudden recovery of the crypto market relieved some pressure on the price trend of major cryptocurrencies, overall, the market remains bear-biased. The crypto market could see some positive price action in the short term, as some traders have suggested throughout this week.

But, until Bitcoin surpasses key support levels at $4,000 or even $5,000, it will be too early to call for a proper bottom in the cryptocurrency market.