Gold price reached a new all-time high and the same factors behind its rally could also push Bitcoin price higher.

Today the price of gold hit a new record-high at $2,008 and the asset is now in the price discovery phase.

The precious metal appears to be rallying due to the declining U.S. dollar and this could also positively affect Bitcoin (BTC) in the medium-term due to the correlation between the two assets. 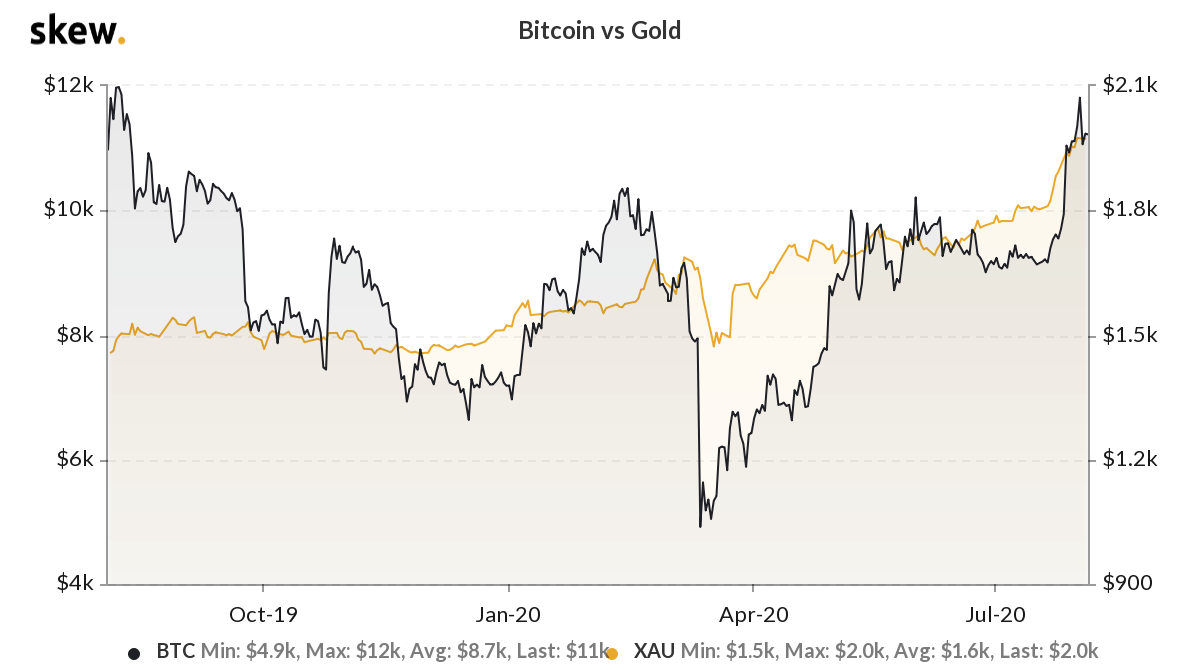 In trading, the term price discovery refers to when an asset’s price surpasses its previous all-time high. Given that gold is now seeking a new peak, and its momentum remains strong, traders expect that the asset will continue to appreciate until a clear resistance level is established.

A weak dollar is good for gold, and possibly Bitcoin

According to Peter Schiff, the chairman of SchiffGold and a well-known gold advocate, the weakening dollar has pushed gold upwards. Schiff said:

“The price of #gold is now above $2,000 per ounce for the first time ever. For now, the significance of the dollar's record low is lost on the vast majority of investors. But as thousand-dollar milestones fall like dominoes the gravity of the problem will be more widely apparent.”

In recent months, the value of the U.S. dollar has fallen substantially in comparison to other top reserve currencies. Consequently,this boosted alternative and safe-haven assets, including gold. 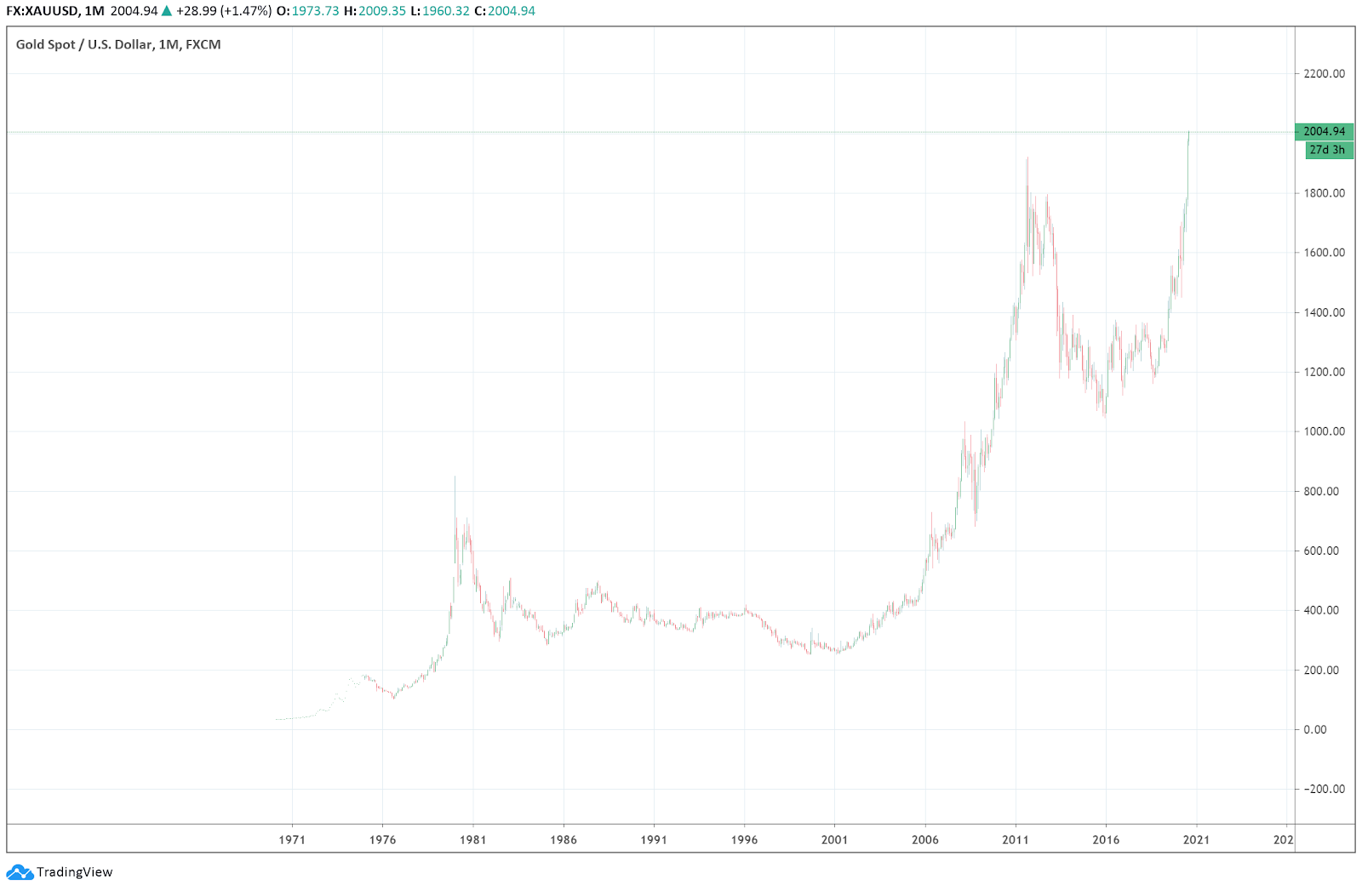 Pinpointing the inverse correlation between the US dollar and Bitcoin, Melker said:

“Bitcoin is the blue line. The dollar is the grey line. See the inverse action?”

Inverse correlation with the dollar and Bitcoin. Source: TradingView

Over time, Schiff emphasized that gold could continue to see an explosive rally as the dollar’s decline rattles investors. Schiff added:

“No one seems worried about the falling dollar. That's likely to remain the case until the fall becomes a crash, which I don't think will begin until the Dollar Index breaks 80. At its current rate of decline that level could be breached before year end, perhaps by election day.”

Similar factors are seemingly buoying investor sentiment around gold and Bitcoin. In the near-term, due to rising virus cases and investor uncertainty, analysts are bracing for a gloomy trend for the dollar.

The confluence of the recent correlation with Bitcoin and gold, and the falling dollar could benefit BTC heading into 2021.

Researchers at Cryptowat.ch, a market data provider, recently explained that gold matches many of the features exhibited by Bitcoin, except BTC has additional unique characteristics like portability and transactability. The researchers said:

“In terms of traits as money, gold matches Bitcoin in the categories of fungibility and costliness to forge.”

Since Bitcoin price reached its peak in 2017, the perception of the digital asset as a store of value continues to improve.

As gold surges to new highs, Bitcoin is receiving more interest from institutions and continuously being associated with gold.

These are all factors that could positively impact BTC price in the medium-term, especially considering BTC’s 24% rally in the past month.