Bitcoin mirrors gains of past halvings, suggesting $41K price in 2020

Bitcoin (BTC) is charting its way directly between the previous two block subsidy halvings that sent its price an order of magnitude higher.

In a tweet on Sept. 2, PlanB, creator of the stock-to-flow (S2F) BTC price models, told investors to be “patient” when it comes to price appreciation.

Despite bouncing near $11,000 support on Wednesday, Bitcoin has performed exactly as expected on monthly timeframes since its last halving event in May.

Reluctance to break and secure $12,000 as support has characterized price action since, but progress on the monthly chart is plain to see.

“Patience is a virtue.”

An accompanying comparative price index chart showed Bitcoin in 2020 adding gains that are between those of 2012 and 2016.

As such, BTC/USD remains firmly within the range of possibility for increasing by an order of magnitude once again. According to S2F, this should see a price target of $288,000 in the current halving cycle, which ends in 2024. 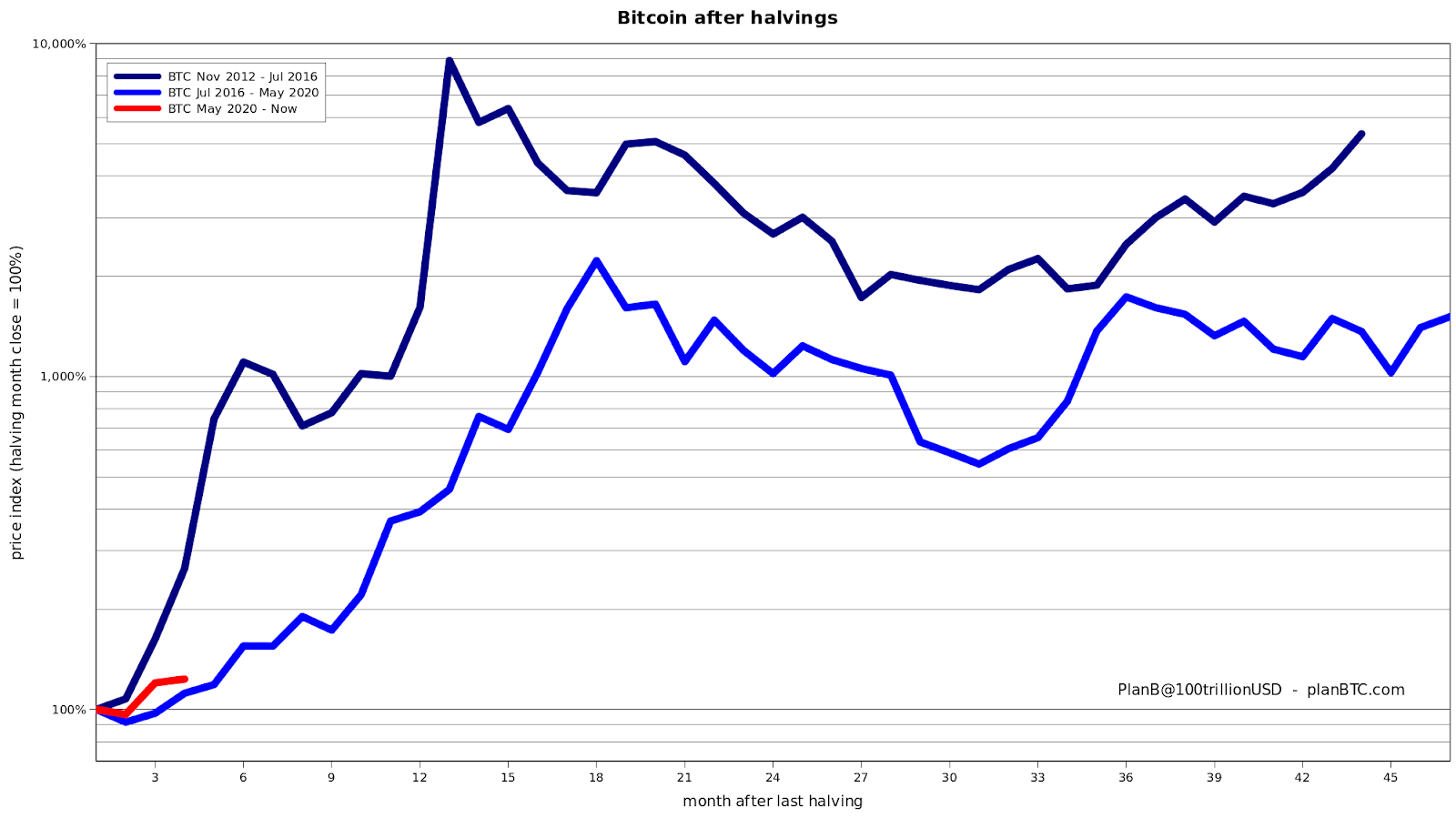 Over the weekend, meanwhile, another chart painted an even more bullish outlook for Bitcoin.

Taking May’s halving as a starting point, data analysis resource Ecoinometrics produced a price target for $41,000 for the end of this year. 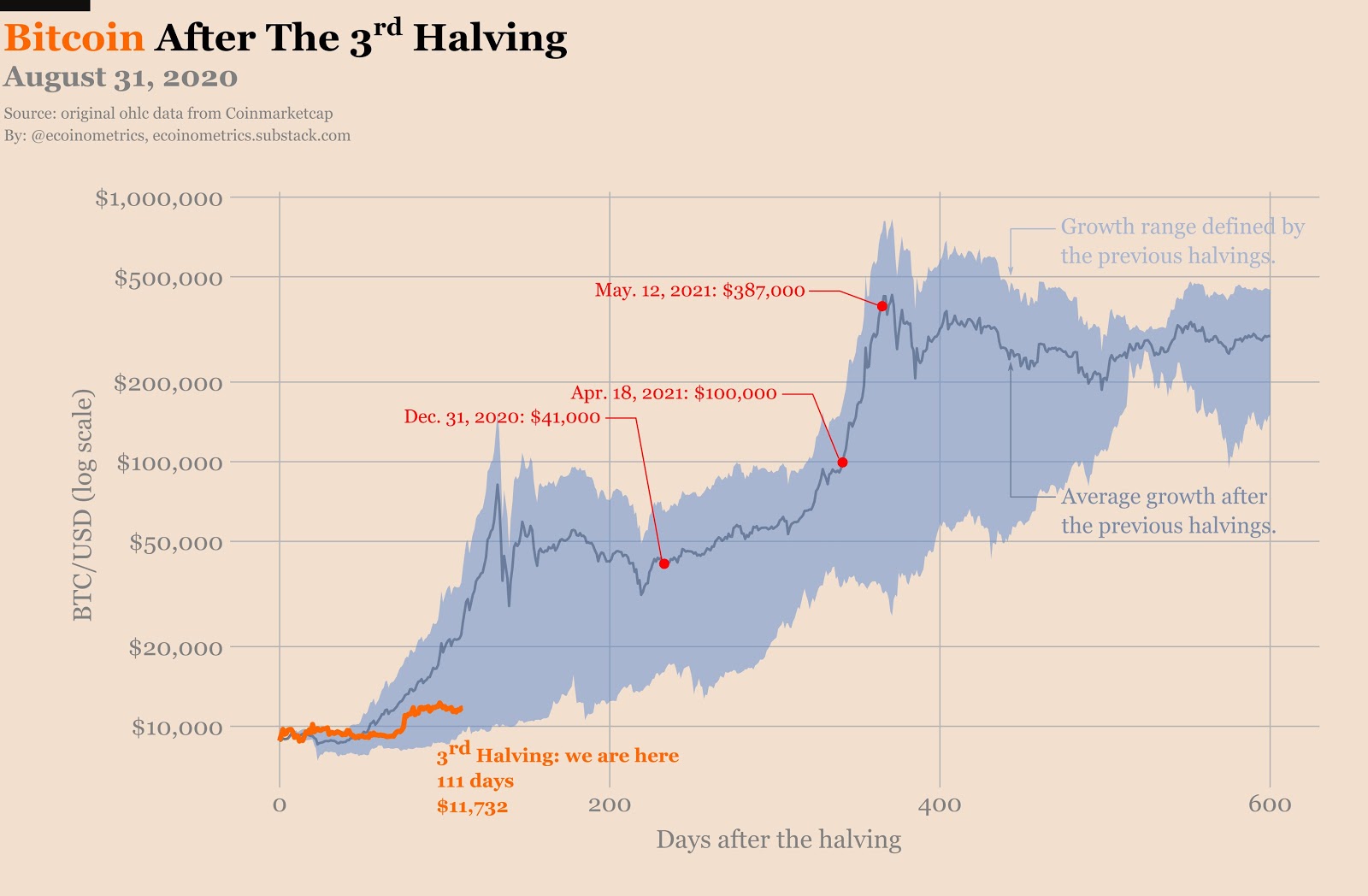 Meanwhile, short-term changes in network sentiment have not contributed to a change in long-term outlook. These include a spike in outflows from mining pools indicative of selling activity this week, data from on-chain monitoring resource CryptoQuant showed.

Chinese mining pool Poolin saw outflows of 490 BTC, the majority of the activity.