Given the tendency of Bitcoin to see a prolonged rally six to eight months after a halving is activated, traders in the options market are relatively cautious about the medium-term trend of BTC.

Data shows the BTC options market is tilted towards bulls

In the near-term, many traders on both Deribit and CME are seemingly optimistic on the price trend of BTC.

According to data from ecoinometrics, the CME Bitcoin options exchange recorded 22 calls for every 1 put. In simple terms, for every 22 people that bought BTC, one person sold. 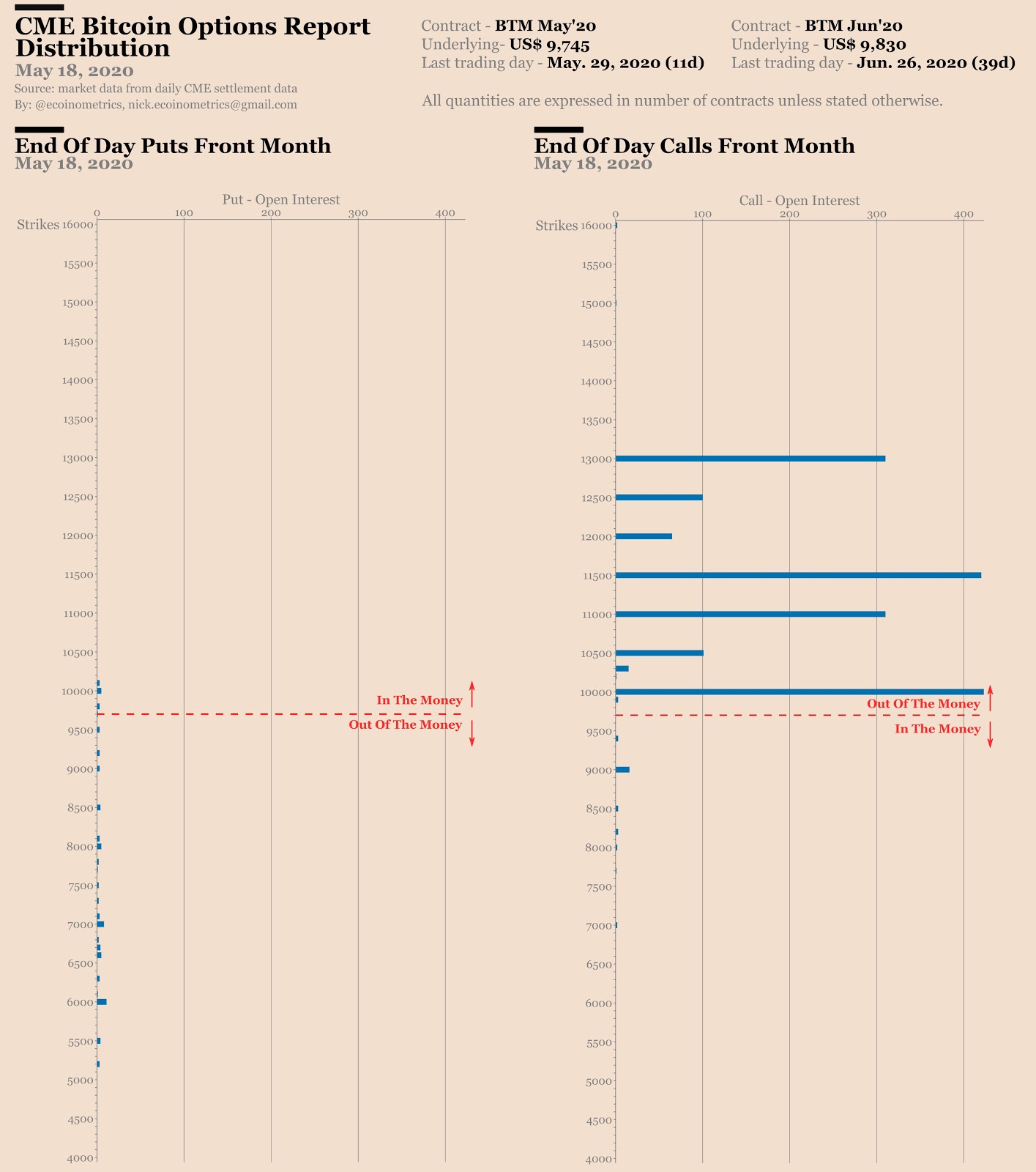 The basis of the optimism towards the short-term price action of Bitcoin by options traders is likely the consecutive tests of the $10,000 resistance level.

When a crucial level gets tested three to four times, whether it is support or resistance, it has a high probability of being broken. In the last 11 days, Bitcoin tested $10,000 a total of five times, weakening the resistance.

Options traders, who are mostly professional traders, are anticipating the price of Bitcoin to surpass $10,000 in the immediate-term, which is also supported by improving sentiment around high-risk assets such as single stocks.

Why are traders not long-term bullish?

The price of Bitcoin tends to move in extreme cycles. There has long been speculation that aggressive buying and selling by whales at high and low points causes BTC to see large price swings.

Options traders may not be comfortable in making medium to long-term bets on the price of Bitcoin due to its unpredictability in current conditions.

In previous halvings, the price of Bitcoin took about six to eight months to begin a prolonged rally. As such, the May 2020 halving alone does not warrant the price of BTC reaching an all-time high by the year’s end.

With this said, there are still several positive data points that support predictions of a record high Bitcoin price by the fourth quarter of 2020.

As an example, Bitcoin is on the verge of seeing the seventh golden cross in history if the price of BTC remains above $9,500 over the next several days.

Bitcoin is also far removed from showing oversold conditions at the higher time frames. The weekly chart shows that various momentum oscillators indicate the ongoing rally can extend further into the $10,000 to $11,000 range.

Both the golden cross and weekly MACD are relatively short-term indicators, which may be the catalyst behind the optimism in the options market.

For now, a confluence of various factors, including Bitcoin’s volatility in highly uncertain environments like the current one caused by the coronavirus pandemic are seemingly causing options traders to be more cautious in long-term calls.