Major Bitcoin whales have not sold any BTC for up to 5 years, suggesting they are optimistic about the asset’s long-term prospects.

A large Bitcoin (BTC) whale holding 68,000 BTC ($523 million), has not moved the funds for more than five years and on-chain data shows other whales have similarly held onto their BTC for 4.7 years on average.

Although Bitcoin is the top ranked cryptocurrency on CoinMarketCap,  whales holding on to the digital asset without selling for years does not protect BTC from a steep downtrend. On March 12, the price dropped to as low as $3,600 and many whales did not move their funds at the time.

What the data shows, however, is that many whales are comfortable holding onto BTC despite the risk of a significant correction to the $3,000 to $4,000 multi-year support area. This paints an optimistic long-term trend for the cryptocurrency market and the patience of high net worth investors. 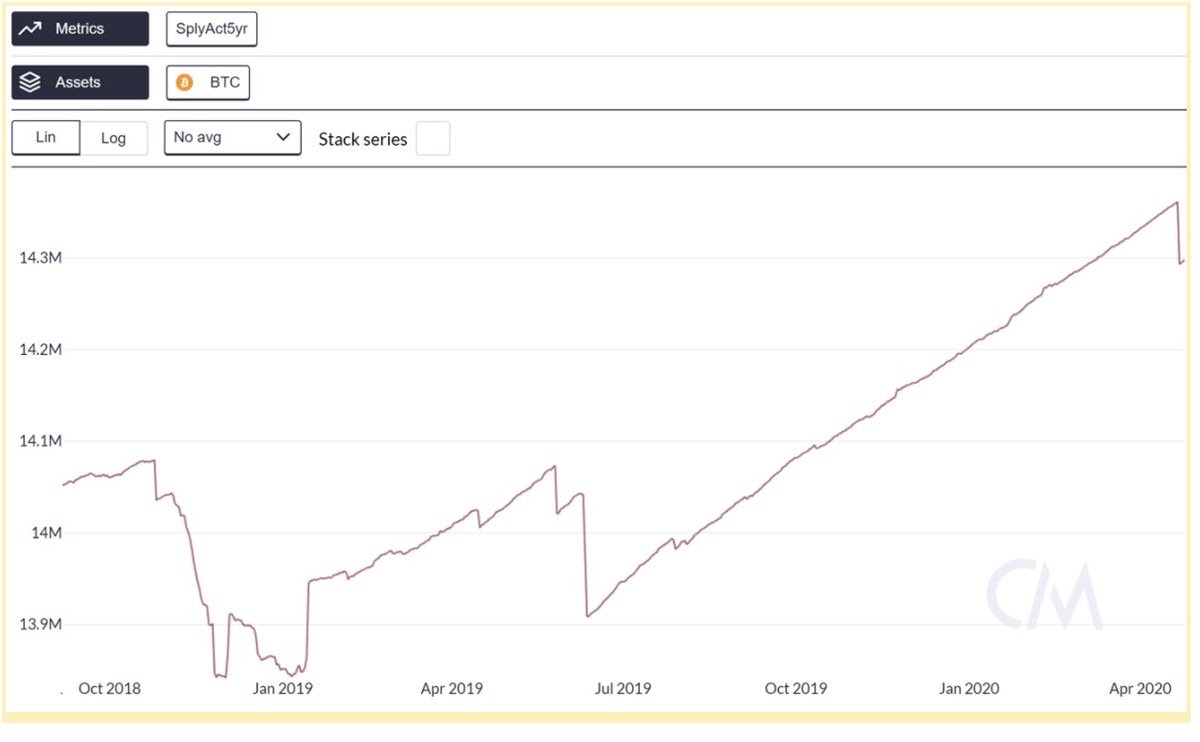 What are whales up to?

Since 2015, the infrastructure supporting the cryptocurrency market has improved exponentially. A growing number of trusted custodians are opening, a larger variety of futures exchanges are available, and there are large-scale regional spot exchanges backed by stable banking services.

Both retail and institutional investors are actively accumulating Bitcoin subsequent to intense corrections. An analytical report published by Coinbase found that after the drop to $3,750 in March, retail investors immediately bought the dip.

Data from Grayscale’s Q1 2020 report also showed that a noticeable increase in demand for Bitcoin from institutional investors was observed.

As more investors accumulate Bitcoin, the circulating supply of BTC decreases and this can weaken major downtrends in the market.

Over time, it’s possible that corrective phases will become weaker and faster as Bitcoin approaches its fixed supply of 21 million.

Furthermore, whales and other long-term holders may view Bitcoin as the best asset to hold over the long term due to the fact that lost funds are not recoverable, the coin supply is capped, and the halving decreases the rate at which new supply is introduced to the market.

“A large Bitcoin whale just graduated to a 5yr HODLer. Last week 68k BTC moved out of the 5yr active supply band, indicating that the last time they moved on-chain was in April 2015.”

Even with the halving just 13 days away, there still exists a possibility that BTC sees a severe pullback regardless of the reluctance of whales to sell their holdings. But, the optimistic stance of whales decreases the probability of a capitulation-like fall in the near-term.

As previously reported by Cointelegraph, the sharp drop from $8,000 to $3,600 occured due to a cascade of liquidations across futures exchanges, primarily BitMEX. Thus, it was overleveraged traders being liquidated that triggered the drop, not a sell-off from spot-trading whales.

The movement of HODLers adds validity to the theory that BTC should have never dropped below $5,000 in the first place and investors who bought the dip to the $3,000 to $4,000 range are unlikely to sell anytime soon.