The price of Bitcoin has failed to turn $12,000 into a new support level, which may result in more downside for BTC in the near term.

36593 Total views
55 Total shares
Listen to article
0:00
Market Analysis
Own this piece of crypto history
Collect this article as NFT

The price of Bitcoin (BTC) broke through the resistance level of $12,000, which led to a new yearly high for the number-one cryptocurrency by market capitalization.

However, the breakout was short-lived as the BTC price fell to $11,650 in recent days, marking a drop of almost 10% since the breakout. This drop caused the price of Bitcoin to drop back below the crucial resistance zone of $12,000. This breakdown is causing investors and traders to watch for more downside as several bearish arguments emerge. 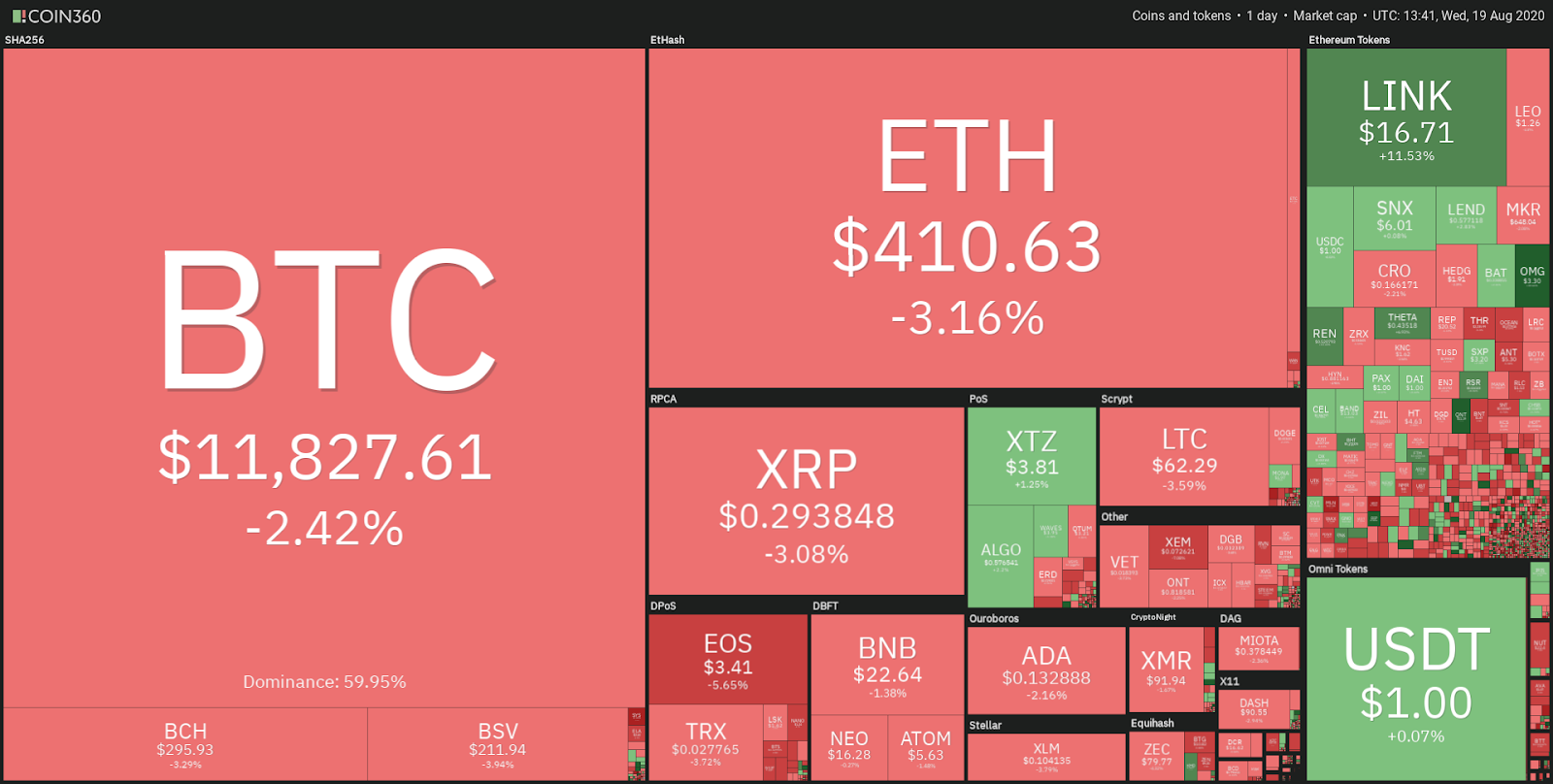 Bitcoin breaks back in the range after a failed breakout

The price of Bitcoin tried to continue the bullish momentum with a breakout past $12,000. However, the breakout failed, as the chart shows.

The 4-hour chart is showing an apparent breakout attempt above $12,000. However, the breakout couldn’t flip the resistance of $12,000 into support, which is a must for continuation.

As the support/resistance flip failed to succeed, the price of Bitcoin broke back into the range. Such a failed breakout is often classified as a tap in the liquidity pool as well. This means that the price rallies above resistance to tap the liquidity and stop/losses of short positions.

When those orders are stopped out or hit, the market has the liquidity to go the opposite way. This is often confirmed via weak buying attempts at the previous resistance zone.

As the chart shows, an open gap is still found at $9,700. As most gaps get filled, it's an important level to keep an eye on.

Once the price of Bitcoin drops below that support level, the bearish divergence is confirmed, and it’s likely to see further correction towards the 100-day and 200-day Moving Averages (MAs).

These MAs are confluent with the open CME gap at $9,700 and provide multiple arguments for a potential bottom formation on this correction.

The bullish scenario is relying on the fact whether the price of Bitcoin can sustain making higher lows. The crucial area for such a higher low is defined in the green zone, which is lying between $11,400-11,600.

As long as the price of Bitcoin holds support in the $11,400-11,600 zone, further upward momentum can be continued.

However, currently, there are more bearish arguments for the short term than bullish ones.

The bearish scenario is straightforward and relies heavily on whether the $12,000 area becomes resistance once again.

The rejection at $12,000 would confirm that the breakout is a deviation above the range and a fakeout.

However, such a dropdown would not occur immediately as the price of Bitcoin has been consolidating sideways for months since the halving of May 2020. In other words, Bitcoin price can consolidate for weeks before a new drop occurs.

In the meantime, a new range is being established, which may help muster up strength for further upward momentum. The ultimate low for this correction appears to be the open CME gap at $9,700. If that gap is filled, the sentiment and momentum will most likely hit a quarterly low, causing interest to diminish.